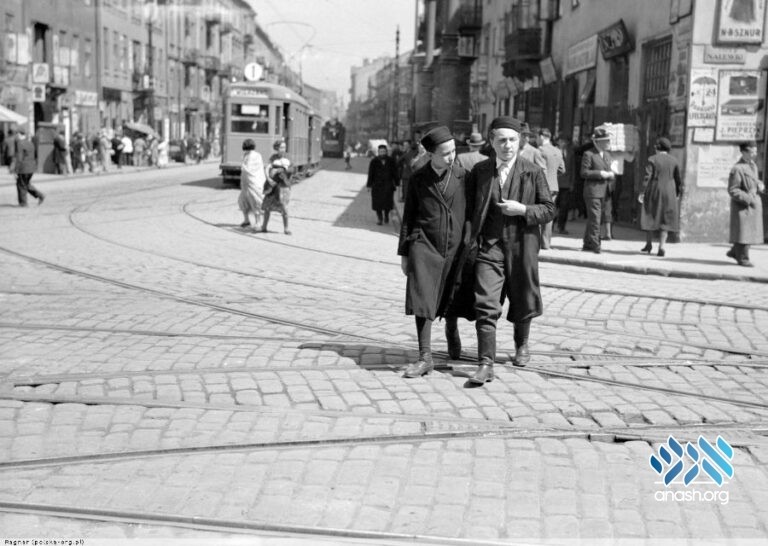 A very wealthy businessman through the Rebbe Maharash’s bracha, R. Yuzik Gurevitch of Warsaw was a major financial supporter of the Rebbe Rashab. When he entered Tomchei Temimim for the first time, he couldn’t believe his eyes.

R. Yuzik Gurevitch (d. 5675) was a chossid of the Rebbe Maharash and Rebbe Rashab. Originally from Dokshitz, he became a very wealthy businessman through the Rebbe Maharash’s bracha, and lived in Moscow and Warsaw. He was a major financial supporter of the Rebbe Rashab and merited a close relationship with him. R. Yuzik raised a large Chassidishe family, and his sons and sons in law were also prominent Chassidim and supporters of the Rebbeim.

After the Rebbe Maharash’s histalkus, the Rebbe Rashab initially refused to formally accept the nesius. Meeting his friend R. Groinem, R. Yuzik bemoaned the bleak future of chassidim, but R. Groinem assured him that Lubavitch will rise again.

Thirty years later, in 5673, R. Yuzik visited the town of Lubavitch and was astounded by the sight of the booming Tomchei Temimim yeshiva filled with hundreds of devoted talmidim. Approaching R. Groinem, now the leading mashpia, R. Yuzik couldn’t contain his amazement, “Do you recall our discussion of what will be? Did you imagine that this would happen? The Rebbe made a revolution in Lubavitch!”

In the winter of 5671, the Rebbe Rashab attended a meeting with leading Rebbes of Poland regarding communal issues. R. Yuzik wanted the honor of hosting the Rebbe in his house, but R. Shmuel Michel Treinin from Petersburg countered that when the Rebbe visited his city he had stayed in a hotel, not in his home, and he had made hotel reservations in Warsaw. In the meanwhile, R. Yuzik prepared for the Rebbe five rooms in his home.

Everyone came to the train station to meet the Rebbe. Around the Rebbe stood R. Shmuel Michel and two prominent Warsaw Yidden. R. Shmuel Michel said that he had arranged a certain hotel; while R. Yuzik — the wealthy magnate and a quite outspoken fellow — opened his mouth apprehensively saying, “And I arranged the entire house.”

One of those present, a wealthy Gerer chossid, spoke up, “Here in Warsaw, everyone stays in private homes (and not in hotels).”

The Rebbe announced, “We’re going to Nalevky [St., where R. Yuzik’s house was located].” R. Yuzik’s joy was beyond measure.