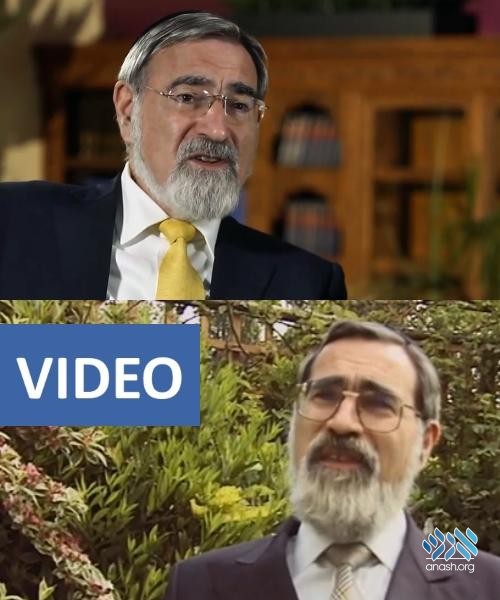 Rabbi Lord Jonathan Sacks has been called Judaism’s greatest defender on the global stage. Hear him recount how the Rebbe steered him toward his chosen path.

The entire world is deeply saddened by today’s news of the passing of Rabbi Lord Jonathan Sacks, former Chief Rabbi of Great Britain.

He often publicly credited the Rebbe with motivating him on his life’s path.

Reflecting on the Rebbe’s impact on his own life and the Jewish world at large, he famously declared: “Great people create followers, the Rebbe created leaders.”

In addition to his rabbinical duties, Rabbi Sacks was a noted Jewish philosopher, orator and author, famous as a stalwart defender and exponent of authentic Torah Judaism. His works of Torah scholarship and moral philosophy continue to inspire and influence individuals and communities around the world.