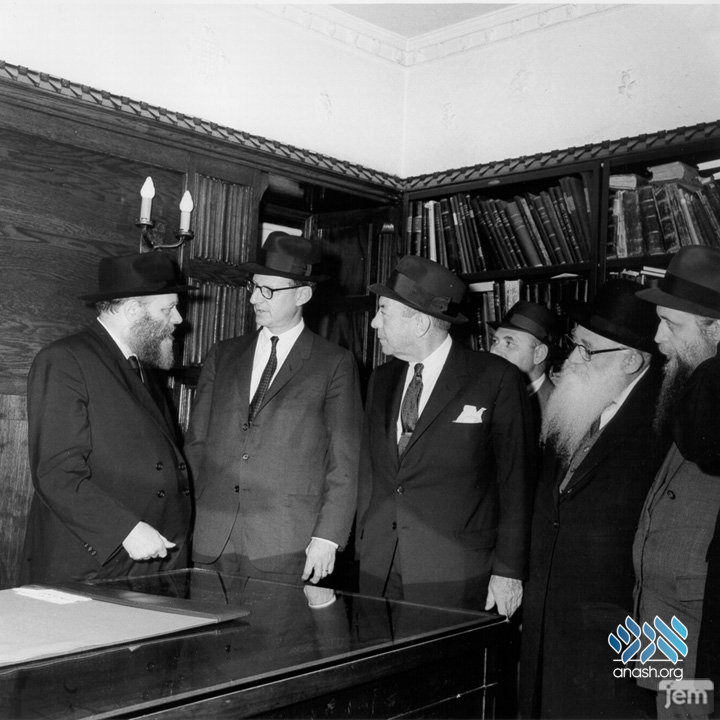 Mr. Robert Morris Morgenthau, 99, was a prominent lawyer, who from 1975 until 2009 served as the DA for New York County. He also served as US Attorney for the Southern District of NY throughout much of the 1960s on the appointment of John F. Kennedy.

In 5722/1962, he ran for governor of New York, and came to visit the Rebbe to ask for a blessing. Then New York City Mayor Robert F. Wagner Jr. was also part of the delegation.

Among the topics discussed during the thirty-minute audience were government aid to parochial schools, a measure the Rebbe strongly supported, and an impending bill regarding shabbos and shechitah.

Last year, JEM reached out to Mr. Morgenthau about his thoughts on meeting with the Rebbe. “The Lubavitcher Rebbe was a most important leader of the Jewish community and elsewhere,” Morgenthau related fondly, “he could always be counted on to support any significant Jewish cause.”