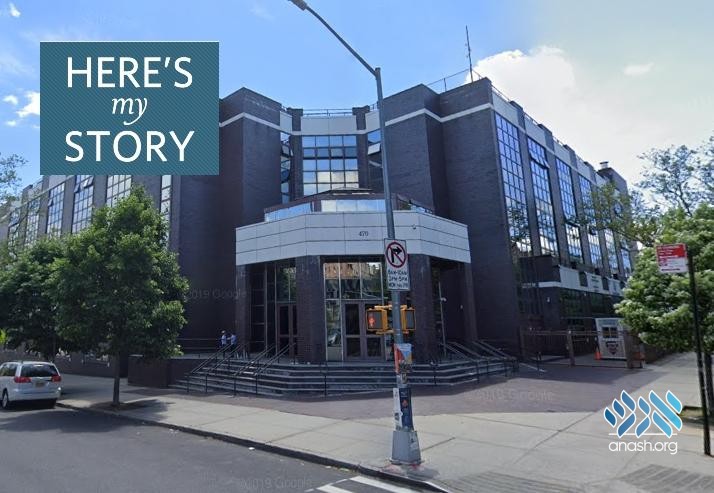 As a young teenager, Mrs. Shana Tiechtel wrote to the Rebbe her concerns about attending a new school saying she didn’t want to be a guinea pig. The Rebbe’s one word response changed her entire outlook.

For more than thirty years, Mrs. Shana Tiechtel has served as principal of the Beth Rivkah High School. She was interviewed in April of 2015.

My parents – Rabbi Meir and Sima Itkin – were part of a group of Lubavitch chasidim who escaped the Soviet Union after World War Two and came to the United States at the direction of the Previous Rebbe.

As our family awaited permission to immigrate, we stayed in Paris. I was a baby at the time, but I remember the story being told of the visit by the Previous Rebbe’s son-in-law – Rabbi Menachem Mendel Schneerson, the future Rebbe – who came to escort his mother to America. You can imagine the excitement of the refugees at his arrival, with everyone rushing to meet him.

My father told me later that Rabbi Schneerson realized the need of the chasidim to connect with the Rebbe through him, and so he took the most personal thing that each person owns – his name – and spoke about it. To my father he said, “Your name, Meir, comes from ohr meaning light. You will light up the world.” This short conversation set the stage for my father’s lifelong attachment and devotion to the future Rebbe.

To both my father and my mother, the Rebbe was everything. He epitomized the philosophy they believed in, the values they held dear, and most importantly, the love that united all Jews. And whatever he said – or even hinted at – was of utmost importance to them; they followed his directives to the letter.

So it was no accident that they bought the house at 760 Eastern Parkway, as close as one could possibly get to the Rebbe’s headquarters at 770. My father had considered another property at first, not on the main street but a few blocks away where other religious families lived, but the Rebbe asked him, “Don’t you like me as your neighbor?” So that was that.

Because of our location, we had a steady stream of visitors. We never knew how many people would drop by on a given Shabbat following prayers while they awaited the start of the Rebbe’s farbrengen. In a sense, our home became an extension of 770, and I grew up around many legendary chasidim, listening to the stories that they had to tell.

An incident that made a lasting impression upon me occurred when I was thirteen. I was about to enter high school and I wanted to go to Beis Yaakov where my older sister had gone. But as luck would have it, Chabad had recently opened a new high school for girls, Beth Rivkah, and my father said that I had to go there.

I objected. I said I didn’t want to go to a school that was just beginning to establish itself; I didn’t want to be experimented on. So my father said – as I could have predicted – “Write to the Rebbe. Whatever he says you will do.”

I wrote a letter to the Rebbe and delivered it without first showing it to my parents. I explained to him why I didn’t want to go to Beth Rivkah, and I used the expression, “I don’t want to be a guinea pig.” Definitely not the right choice of words.

But the Rebbe knew just how to answer me – a teenager who wanted to conquer the world, to be special, to be unique. And he did it so simply. He crossed out “guinea pig” and he wrote “pioneer.”

Of course, I wanted to be a pioneer. I’d climb a mountain, I’d ford a river, I’d do anything! He appealed to my sense of independence and pride. And of course, I went to Beth Rivkah.

After I graduated, I wanted to do something very special. I wanted to be a journalist because I loved to write. With my parents’ approval, I applied to Columbia University, was accepted, and even won a Regents’ Scholarship. And I was very excited to go.

Then the phone rang. It was Rabbi Mordechai Hodakov, the Rebbe’s secretary, asking my father to come meet with him. My father went and was told, “We hear that your daughter wants to go to university. We don’t think it is the right thing for her to do right now.”  My father’s immediate response was: “No problem.” Of course, to him it was no problem; to me it was a big problem.

When my father came home and said, “You’re not going to university,” I was devastated. This was my dream. I was going to become a famous journalist who made a major difference in the world. Now I had no hope; I had no future.

However, I did as I was told and enrolled in the Beth Rivkah Teachers’ Seminary, feeling that all my hopes and dreams and aspirations were going down the drain.

But, again, the Rebbe knew what was best for me, which is not to say that the Rebbe ignored my teenage angst at the time.

That he understood my need to expand my horizons was demonstrated a short while later, when I proposed taking a trip to Israel with stops in Europe to visit some of the famous cultural centers there. I had a private audience with the Rebbe around Purim, prior to which I submitted a long letter pouring out my frustrations and unhappiness. “If I can’t go to university and become a famous journalist,” I wrote, “then at least I want to travel and see the world.”

The Rebbe actually approved of my travel plan, which was delayed until the following summer because I had to earn the money to pay for it. This I did by teaching in the Beth Rivkah elementary school, an experience I enjoyed. At the time, I did not foresee that I would end up happily spending the rest of my life at Beth Rivkah and eventually becoming principal of the school.

I was busy saving up money and looking forward to my trip, when a new wrench was thrown into my plan. My father would not agree to it. “An eighteen-year-old girl traveling through Europe by herself? That’s unheard of. You must have misunderstood the Rebbe.”

The stand-off was resolved some months later when my father had an audience with the Rebbe on the occasion of his birthday. “My daughter thinks that the Rebbe gave her permission to go to Israel with stops in Europe,” my father began.

“She didn’t go yet?” was the Rebbe’s response.

That ended all objections. I was allowed to go, and I went, spending quite a bit of time in Israel. I badly needed to make this trip, as the Rebbe understood so well.

Upon return, I continued to teach at Beth Rivkah and then I met my future husband. Although I felt that we were very compatible, one concern caused me to hesitate before committing to a future together. I feared that the cultural divide between us was too great. I quoted Robert Frost and he quoted Yehuda Halevi. I grew up in America and he in Israel.

Naturally, I wrote about it to Rebbe. And the Rebbe – as busy as he was with his countless responsibilities – understood me once more. He answered my concerns about marrying an Israeli with a rhetorical question, “But weren’t you in Israel already?”

I do believe that when the Rebbe approved my trip back then – when it wasn’t normal for an eighteen-year-old girl to go traveling the world alone – he foresaw that it would be a pivotal factor in my life. And, indeed, it was. My visit to Israel made all the difference.

Looking back, I am amazed at the Rebbe’s sensitivity, his caring, his love, and I am so grateful that he guided my life.