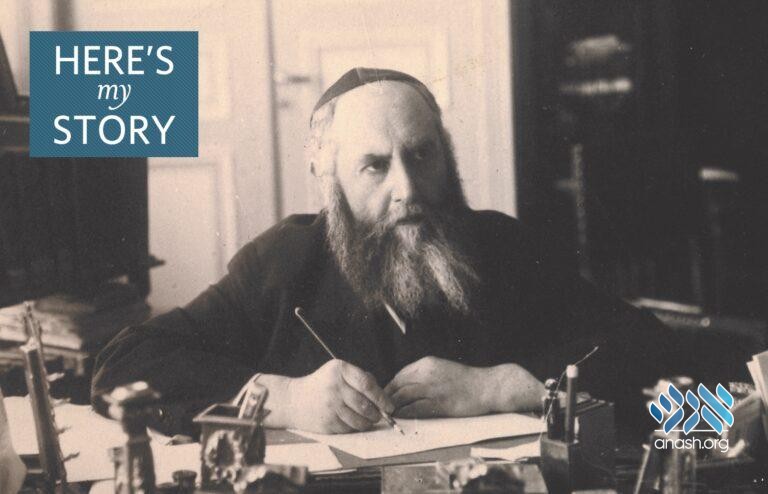 Mrs. Chana Popack’s father refused to send her to a Soviet school. Through various maneuvers, he managed to get advice from the Frierdiker Rebbe, Miraculously, the unlikely idea worked.

Mrs. Chana Popack and her late husband Rabbi Aaron Popack, served as Chabad emissaries for three decades, from 1948 to 1977, the majority of that time in Philadelphia, Pennsylvania. She was interviewed in April of 2012.

This story concerns the Previous Rebbe, Rabbi Yosef Yitzchak Schneersohn, who led the Chabad Movement from 1920 to 1950, passing away on the 10th day of the Hebrew month of Shevat, 5710. His yahrzeit is commemorated this Shabbat.

I was born in Moscow, Russia, during the Soviet era, when to be a Torah observant Jew was a big challenge. Nevertheless, my parents — Mordechai Dov and Chaya Sarah Teleshevsky — persevered.

When the time was nearing for me to attend kindergarten, my father wouldn’t even entertain the notion that I should be enrolled in a non- Jewish school. Of course, there were no Jewish school of any kind; they had been outlawed. But attending a Communist government school meant violating Shabbat, and G-d forbid I should do such a thing. Yet, how many times, week after week, could I be absent on Shabbat pretending to be sick? How many times before the school authorities caught on, and my parents were penalized for practicing Judaism?

Not knowing what to do, my father wanted to contact the Rebbe, but all mail was censored, and any suspicion of dissent from government policies could land him in Siberia. So, instead, my father found someone who was fleeing the country and asked him to contact the Rebbe in Latvia. (During that time, in the late 1920s and early 1930s, the Rebbe was living in Riga after being released from Soviet prison for the crime of promoting Torah observance, and it was possible to reach him there.)

“I want you to give me your word,” my father told the man, “that if you see the Rebbe, you will tell him that I don’t want my children to go to a non-Jewish school. I want them to remain Jews.”

The man promised, and they shook hands on it. And, indeed, he did what my father asked because a short while later my father received a message from the Rebbe. How he managed to send it I don’t know, but the message said that my father was to go to the authorities and tell them that he wants to leave Russia.

My father went into a panic, because he thought that if he did such a thing, he would end up on the next train to Siberia. But when the Rebbe says to do something, a chasid must put aside his fears. So my father marched into the government office and said: “I want to leave Russia.”

My father was greatly relieved that the official said “home” and not “Siberia,” but he was still facing the same dilemma — what to do about my education.

He found another man willing to take a message to the Rebbe but the answer was the same: “Go to the authorities and tell them you want to leave Russia.”

My father went again and kept going until — on the seventh try — he was finally given exit papers! When he got them, he didn’t even want to go home — he just sent word for my mother to come directly to the train station with my brother and me.

Now, I have to say that women have more trust and faith in G-d than men. My proof is my mother, who — the first time that she heard what the Rebbe said — immediately packed two suitcases so that she would be ready to go. Therefore, as soon as she got the news, she grabbed us and the suitcases, leaving everything else behind, and rushed out.

In 1932, after we arrived in Riga, my father attended the Rebbe’s farbrengen at which the Rebbe spoke about the power of thought. This talk is printed on the first page of the Likutei Dibburim, where it quotes the Rebbe saying: “Thought has an effect … It makes a practical difference. Just thinking about someone in a positive and deep way — this alone is doing something.”

Hearing this, my father asked the Rebbe, “And what does the person who is being thought about receive from this?”

“He benefits tremendously,” the Rebbe responded.

Then he paused, and after a while added, “Where were you last Sukkot?” My father understood that the Rebbe had been thinking about him back then, and that these thoughts brought us out of Russia.

At first both my brother and I were enrolled in Jewish schools in Riga, but there came a time when the Rebbe sent my father to Finland, where the Jewish community needed his skills as a cantor and shochet. However, after we arrived there, we discovered that there were no suitable schools for us kids, so my father asked the Rebbe what to do. “Send them back to Riga,” was the Rebbe’s answer, and we had to return there to live with people who agreed to take us in. Fortunately, our grandparents were in Riga also.

While we were still attending school in Riga, one night I had a dream in which I heard somebody — who I later came to believe must have been the Rebbe — speaking to me and telling me that my papers were expiring and I had to go home. After I had this dream three nights in a row, I realized that it was important and I told my grandparents about it. They said that it was time for me and my brother to leave. So we boarded a train for Estonia and then a ship for Finland, surprising our parents when we appeared on their doorstep.

The next week — this was in July of 1941 — Hitler invaded Riga and my grandparents, along with 60,000 other Jews who lived there, were murdered by the Nazis.

I believe that because my father had sent us to Riga on the Rebbe’s instructions, the Rebbe would not rest until he got us out of there safely. I feel that I owe him my life, and there has been nothing that the Rebbe asked me to do after that which I would not do.

We stayed as a family in Finland until 1946, when the Rebbe helped bring us to New York, where he had relocated his headquarters. Once we were in the US, the Rebbe helped me find a marriage match. He sent me to teach in a small school in Buffalo, New York, and when I met my husband Aaron there, the Rebbe encouraged me to marry him.

After a while, we were appointed as the Rebbe’s emissaries, serving in various locations in New York and Massachusetts. Ultimately, we ended up in Philadelphia, where we did outreach work, and my husband ran a Jewish school until his untimely passing in 1977. During our three decades of service, we were both equally devoted to the Rebbe — we would not move one inch without his knowledge and approval. And this has served us in good stead.