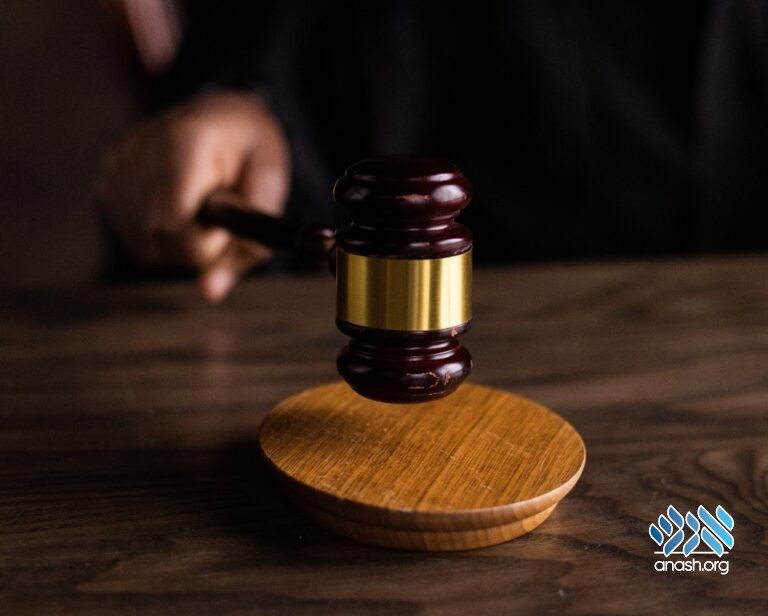 Motzei Shabbos Story: After losing all his wealth and becoming a porter, a Jewish man decided he would convert r”l. But the Chozeh of Lublin told him that instead, he should take the Almighty to a din Torah.

There was once a wealthy and prestigious man who occasionally traveled to the court of the saintly Seer of Lublin, where he would receive an honorable welcome.

He always contributed generously, until, suddenly, due to a series of unforeseen events, he lost all of his wealth.

Being healthy and strong, he sought work as a porter. He would stand outside the local inn, carrying guests’ belongings in and out, earning a meager living.

The local priest, who had known him when he was well-to-do, regularly stopped by to offer words of support. Then one day the priest told him that if he agreed to convert, he would arrange loans and business contacts so that the erstwhile magnate would be reinstated to his former status.

The man went home and shared the offer with his wife, who was in a terrible state of desperation. She told him to proceed, saying that it would only be external—inside their home they would remain faithful to Judaism. He decided that before committing, he would stop by the synagogue one last time to say goodbye. He poured out his heart, telling G‑d that he was only doing this out of duress, kissed the curtain of the Holy Ark, and left.

On his way out, he felt a sudden strong urge to travel to his holy Rebbe in Lublin to part ways. He started the long trek on foot and finally arrived at his beloved Rebbe. After greeting him warmly, the Rebbe asked why he hadn’t seen him for so long. The poor man poured out his heart, telling the Rebbe everything that had happened. The Rebbe asked why he was even thinking about converting when so many others in worse predicaments would never think of it? “I’m different,” he answered. “I have real complaints against G‑d.”

“If you have real claims against G‑d,” the Rebbe advised, “then you need to take Him to a Din Torah (court case).” The Rebbe called three of his students, announced the case, and took the role of attorney.

First the “lawyer” asked the visitor to state his complaints against G‑d. Then he asked if he had ever done anything against G‑d, and proceeded to remind him of some misdeeds, of which he was mysteriously aware.

To this the man answered, “Well, I know many others who do these things routinely and are still wealthy. Am I any worse than them? I gave generously to the needy! G‑d has definitely wronged me!”

After some deliberation, the court announced their verdict: By the letter of the law, G‑d was under no obligation to restore the man’s wealth, they determined, for he had truly done wrong. But in view of his charity, and because of the Torah injunction “You shall do what is good and fair,” it was proper for G‑d to go beyond the letter of the law. They concluded that the man was to resolve to improve his ways, and G‑d would be obligated to return his wealth to the last penny within 30 days.

The man happily went home with every intention of keeping his part of this agreement. On the 30th day he was standing outside the inn as usual when a large coach pulled up. The porter approached to offer his services to the passenger, who gratefully instructed him to bring in a large and heavy chest. After doing so, he waited at the entrance of the inn for the owner to enter so he could receive payment. Some time passed, and he realized the coach had left. The innkeeper was displeased with the large chest, taking up space and getting in the way of his customers, so he told the porter to take it home. “When the man returns,” he reasoned, “I will direct him to pick it up at the porter’s house.”

After shlepping the heavy chest home, the porter dropped it and a few coins rolled out.

Time passed and it became clear that no one was coming to claim the box, which had no label or identifying features.

Despairing of ever returning the chest, he opened it and discovered that it was filled with coins, adding up to exactly the amount of money he had lost!