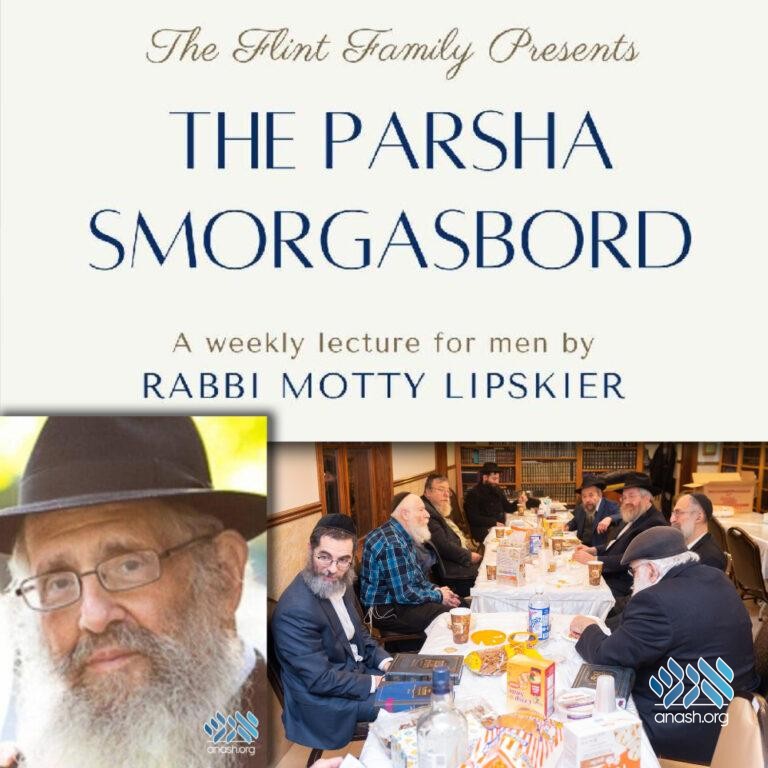 Rabbi Motty Lipskier’s popular Friday night drasha, fondly known as “The Parsha Smorgasbord”, is being reintroduced in memory of Reb Avrohom Flint a”h, and is changing to Wednesday night to allowing more people to join.

For several years, Rabbi Motty Lipskier gave a weekly Friday night drasha which became fondly known as “The Parsha Smorgasbord” because it had something for everyone; a story, lomdus, a chassidishe p’shat or a dose of bitachon.

But more than anything, it was a breath of fresh air to those looking for authentic Torah and Chassidus, presented with geshmak and relevance to daily life.

With one major improvement; it will take place on Wednesday nights instead of Friday nights, allowing more people to join in person and for it to be recorded and broadcast afterwards.

“We want to start something in middle of shivah” Mrs. Flint said. The drasha will IYH take place in K’hal Chassidim (AKA Baumgarton’s shul), 1612 Carroll St corner of Schenectady, where rabbi Flint was an active member for over forty years.

The shul will be open for men and the drasha will begin at 8:30 till approximately 9:15.