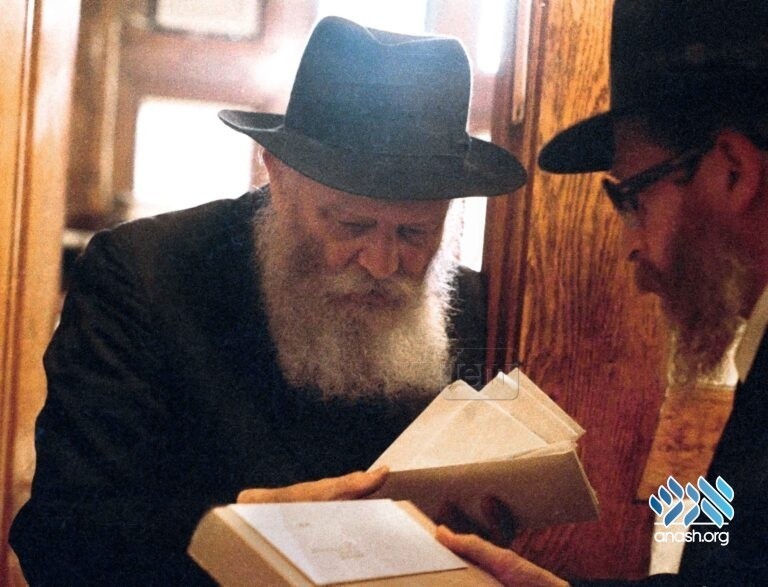 Rabbi Yisroel Shmotkin recalls a Shabbos Shuva farbrengen at which the Rebbe disclosed where and when he read the Panim given to him, and how select Panim – with commitments for added learning – would be chosen to be read.

“The farbrengen of Shabbas Shuva 5722 (1961) was one of my first farbrengens,” relates Reb Yisroel Shmotkin, shliach to Wisconsin. “At that farbrengen the Rebbe spoke strongly about the need to increase in learning and davening, and then suddenly began speaking very emotionally.”

“I want to say something, that I wouldn’t normally say, but perhaps it will arouse someone to action,” said the Rebbe.

“Regarding the panim, besides for reading them at the Ohel, I also read them at the [Frierdiker] Rebbe’s table, on which he davened, learned, and said Chassidus…” The Rebbe’s voice choked up.

“On Yom Kippur, I read the panim again, and then again on Hoshana Raba.

“I didn’t have the time to read all of the panim then, so Hashem will certainly orchestrate with hashgacha pratis that the panim that include commitments to increase in learning should be picked out…

“It is therefore important that such a commitment is included in the pan. And if it hasn’t been included, then an amendment should be handed in.”