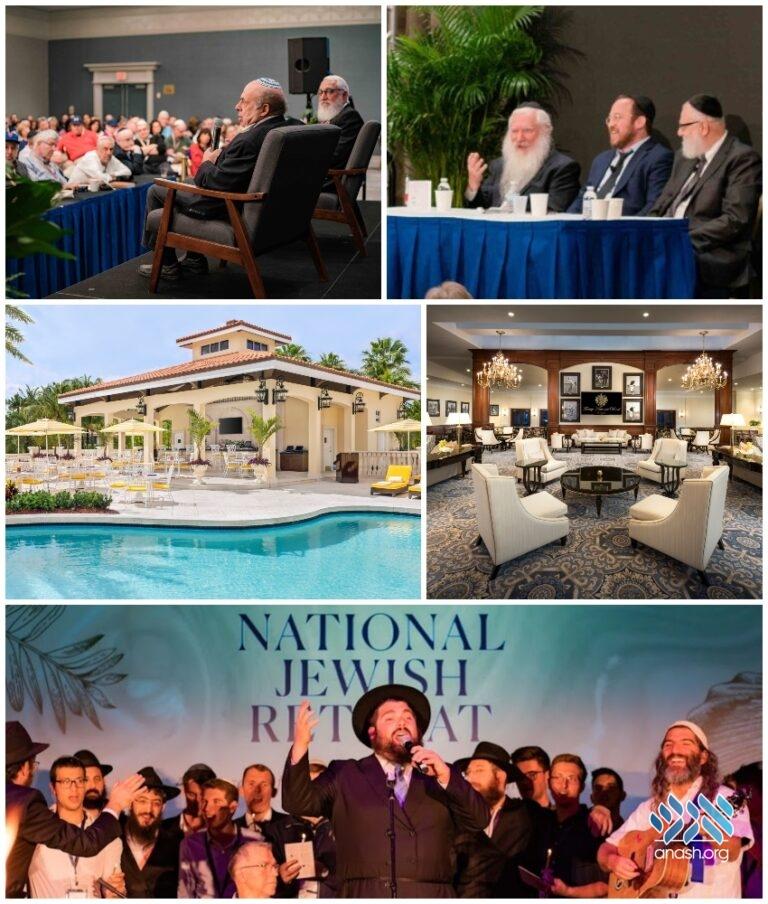 Organizers are gearing up for the 16th annual National Jewish Retreat, which will take place this summer in Miami Florida.

Organizers are gearing up for the 16th annual National Jewish Retreat, which will take place this summer in Miami Florida.

When Mrs. Faygie Matusof invited her friend Eileen to join her at the National Jewish Retreat, she wasn’t sure how Eileen would react. As a shlucha to Madison, Wisconsin, she hoped that getting away from the bustle to enjoy six days of Torah lectures and workshops would give Eileen a taste of Judaism’s richness. But she was still surprised by the effect the experience had.

“Eileen became our biggest ambassador,” Mrs. Matusof says, “she helped create a vibrant Jewish Women’s Circle, and her enthusiasm for Judaism has changed the face of Madison’s Jewish community.” Eileen’s story is just one example of the National Jewish Retreat’s life-changing power. Rabbi Mendel Mangel from Cherry Hill, New Jersey, says his community members that went along on the retreat are bringing their friends next year.

Produced by the Rohr Jewish Learning Institute, the National Jewish Retreat is an experience unlike any other. This August, shluchim and their community members will retreat to the luxurious Doral Hotel in Miami, Florida, where they will enjoy the hotel’s many amenities and engage with seventy of the world’s most sought-after Jewish presenters in the magnificent ballrooms. For six days the program immerses Jews from all backgrounds in the richness of Jewish thought and gives them a taste of authentic Jewish life.

The atmosphere every year is contagious. “When you put one thousand curious Jews together in one location for a week, everyone is bursting at the seams with energy,” Rabbi Dovid Flinkenstein of Wilmette, Illinois says.

Held from August 9th through 14th, this year’s retreat will expose goers to the highest caliber of Jewish thinkers and teachers. And between the lavish spreads, hysterical comedy shows, and soulful concerts, the retreat offers a unique opportunity to create deep bonding experiences between Shluchim and their communities. “It’s like overnight camp with my community,” Mrs. Rivkie Flinkenstein says, “the group that came with us to the retreat stayed close, and we’re always reminiscing about the classes we heard.”

“It’s without a doubt the most comprehensive conference of its type in the Jewish world today,” says Rabbi Leibel Fajland, who led a group from Fairfax, Virginia. It engages people’s minds, bodies, and souls, and gives attendees a strong entry point into more active Jewish involvement. “The people who came with us started bringing their friends to classes at our Chabad house,” Rabbi Flinkenstein says, “and more importantly they’re proud to be involved with Chabad.”