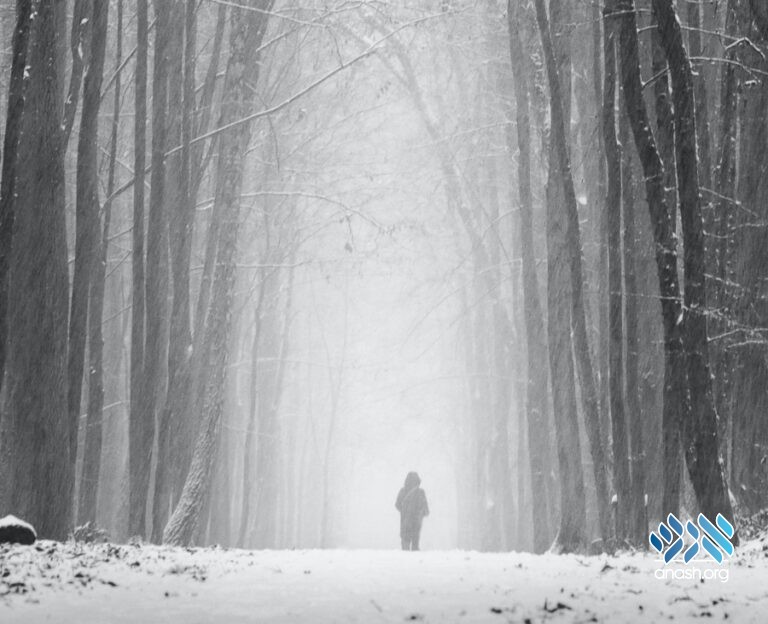 Motzei Shabbos Story: Always careful about melave malka, the two brothers took a feast with them when they traveled as well. Even when a heavy snowstorm caused them to trapped by bandits, they were determined to keep their usual custom.

There were two brothers who were scrupulous about the mitzvah of melaveh malkah. They were very careful in their observance of this special post-Shabbat meal, and would honor it with fish, meat, wine and all types of delicacies.

It once happened that they had a very important business meeting that was to take place soon after Shabbat outside the city limits. It was imperative for them to travel immediately after havdalah. They now had a dilemma. What should they do?

“We have to fulfill the mitzvah of melaveh malkah,” said the one brother.

“But this trip is crucial, and we must leave right after Shabbat,” said the other.

They did not want to rush through the meal, as this mitzvah was very dear to them. How could they keep the mitzvah as they were used to, honoring it with song and good food?

They decided that since the meeting place was not so far away, it would be best to take along provisions, and when the meeting was over, they would sit down and joyfully celebrate their melaveh malkah as they were wont to. They packed challah, fish, meat and wine and many delicacies, and were on their way.

It was winter, and as they set out on their journey, snow began to fall, and strong winds pushed them from the snow-covered road. They lost their way and found themselves in a forest.

Noticing a light shining not far away, they traveled towards the light. There they found a house lit up in the dark forest. They stopped at the gate and knocked hard. Someone came out to the gate, led their horse and wagon into the courtyard and invited them to come into the house.

They were shown to a room when, suddenly, they heard the door lock behind them. Now they understood that they were ensnared in a den of thieves and murderers. Listening carefully, they heard the sound of more men coming to the house and loud voices shouting. The newcomers opened the door to the room where the brothers were sequestered, took a peek at them, and immediately locked the door once again. The group then sat down to eat and drink.

The brothers looked at each other and said: “We have not yet celebrated the mitzvah of melaveh malkah. Let us perform it now if that is the last thing we do.” They opened their knapsacks and spread out all the food they had brought, and with joy and song began their meal as was their custom.

Suddenly the door opened and the ruffians threw another person into the room. The party then continued with even more noise than before.

The night progressed, and the two brothers and their companion listened as it got quieter and quieter in the other room, until it became completely silent. At this point, they decided to try the door and see if there was any chance they could escape. To their surprise, they realized that, with a bit of maneuvering, they were able to unhinge the door. After they gingerly made their way out of the room, they were astonished to see all the men lying on the floor, deep in a drunken sleep.

They quietly left the house and went to the barn to get their horses and wagons. The third man told them that he had brought a very strong wine with him, which it seems they drank down to the last drop, making them totally drunk. He untied his horse and told them to do the same with their horses. He would show them the way out of the forest. Following the stranger the brothers soon returned to safety.

Who was this individual who came to their rescue in the nick of time, who brought the strong wine that laid the bad guys out dead drunk? This is not known to us. Perhaps it was none other than David, King of Israel, who came to save the brothers in the merit of the meal of melaveh malkah, which is eaten in his honor.