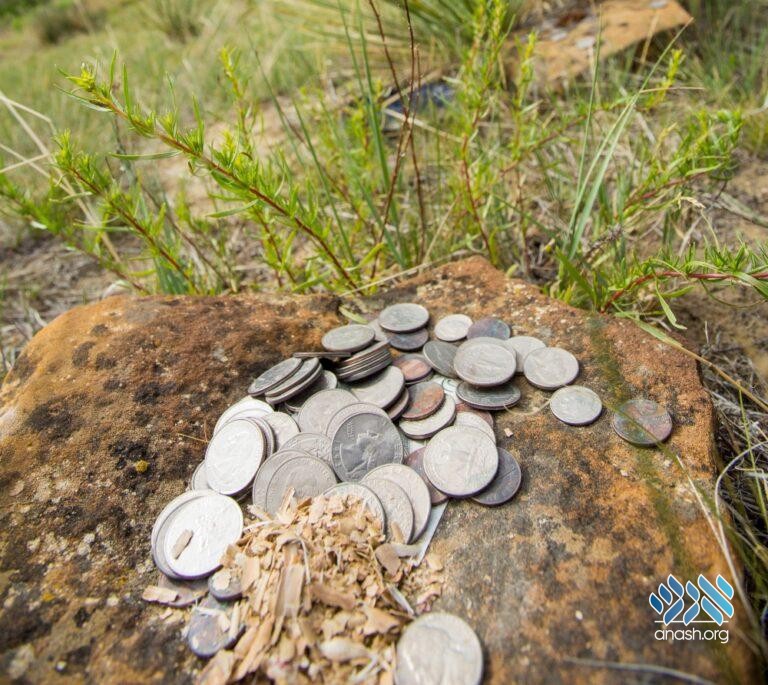 Motzei Shabbos Story: Betzalel the Milkman was of the unique characters of Shaarei Chessed in Yerushalayim. One day, he found a sack of money, but when a fellow scholar gave a suggestion what he should do, he refused to listen.

One of the unique characters in Jerusalem’s Shaarei Chesed neighborhood was Betzlael the Milkman. His knowledge of the Talmud and its commentaries was masterful, and while he transported the milk and filled his customers’ pitchers, he recited words of the Mishnah from memory. He worked just enough to provide for his family each day, then he’d return to the study hall and spend the rest of his waking hours engrossed in the timeless words of Torah.

One morning, a fellow scholar spotted Betzalel standing in the middle of an alleyway holding a large bag. He was frozen in place, absorbed in thought, unaware of his surroundings.

The scholar approached Betzalel and inquired what was going on.

“I just found this bag filled with money,” explained Betzalel, showing him its contents. The bag was heavy, filled with coins.

“This is a large sum indeed!” the scholar exclaimed.

Yet Betzalel showed no sign of excitement or even appreciation. All he could think about was the mitzvah of hashavat aveida, returning lost objects.

He began to share his thoughts as if in the study hall, discussing a totally theoretical question. “If one returns a sum of money, does it count as one mitzvah, or is there an additional mitzvah for each coin returned? If it is the latter, then I have a great opportunity to accumulate many mitzvot!”

The question went unanswered as they moved to a private corner to count the fortune in the bag. They counted and counted, and the sum grew and grew.

The scholar paused and asked, “Who says you are even obligated to return the money? We have yet to find any unique identifying signs on the bag or its contents, and the law states that in such cases the finder can keep it.”

But Betzalel refused to give up and scrutinized the bag for any identifying sign.

As they debated, Betzalel’s face paled, and he began to quiver.

The startled scholar asked for an explanation, and in a cracked voice Betzalel began: “We just counted a few thousand coins, and if there is no obligation for me to return the find, then I will have missed the opportunity to accumulate thousands of mitvot…”

“We are believers, and we know that whatever G‑d does is for the good,” countered the scholar. “If, indeed, you are not obligated to return the money, perhaps this is G‑d’s way of enabling you to dedicate yourself to your Torah studies, undisturbed by the burden of supporting your family.”

“That is out of the question,” countered Betzalel. “Even if I were absolved from looking for the bag’s owner, it is inconceivable that I would sit home and enjoy my fortune while another family cries over their loss! Besides, thank G‑d I have what I need, my bread and salt.”

“Would it be so bad if you had a second slice of bread with some butter?” rejoined the scholar.

But Betzalel did not buy this argument, citing the Sages who said, “One ought to pray that Torah, not food or delicacies, is absorbed into his innards.”1

“Butter is not a delicacy as it was in the past,” argued the scholar, trying to convince his friend to take the much-needed money.

“Even if you are right that butter is a staple nowadays, how will it taste knowing that I bought it with money someone else is crying over?!” Betzalel insisted. It was his final argument.

Seeing that Betzalel was intent on returning the bag even if he was under no obligation to do so, the scholar helped him inspect the find. After a short while, they found an identifying mark at the bottom of the bag. With this, Betzalel calmed down and the color returned to his face. “Indeed,” he smiled, “today I bumped into a great find—thousands of mitzvot in one bag!”