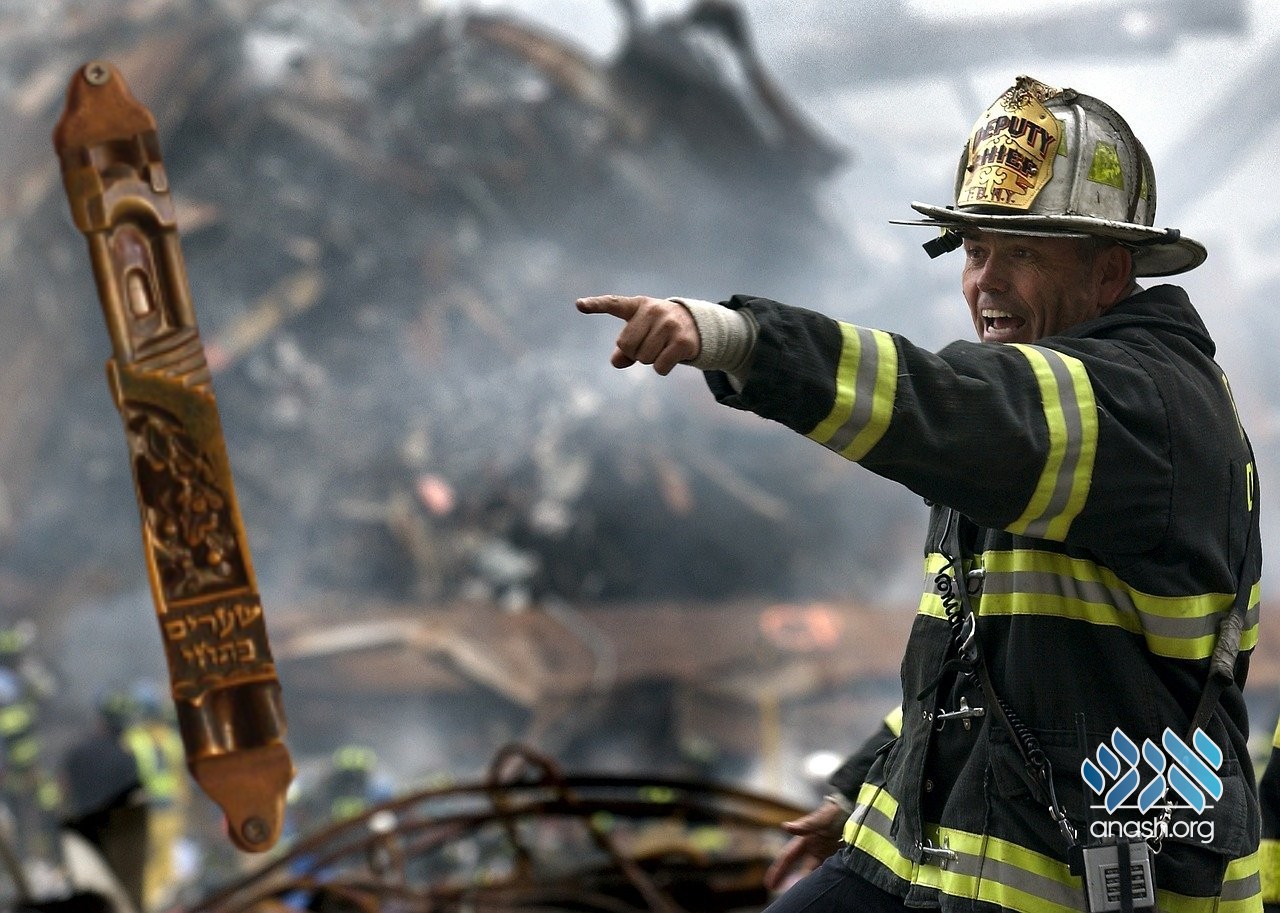 A woman came to the Rebbe in the spring of 1990 to request a bracha for her sister. What the Rebbe told her, saved the life of her brother-in-law’s on September 11th, 2001.

This story was shared with me in confidence. The author asked that her name not be used. Yet the miracle of these events needs to be shared. May we never stop seeing the miraculous in our lives.

I visited the Lubavitcher Rebbe in the spring of 1990. During the visit, I asked for a blessing for my sister, who had tried to have children but was told by several medical specialists that pregnancy was unlikely to happen.

The Rebbe gave her a blessing and also told me that she should put up mezuzahs in her home. I hadn’t told the Rebbe that she had none, but apparently he knew.

Since I was in Brooklyn, I went down the block to the Judaica store and bought enough mezuzahs for each room of her home. I FedExed them to her, and she and her husband immediately put them up.

Within a year—almost to the day—of my meeting with the Rebbe, my sister had a child. Two years later, she had a second.

Many years passed, yet the miraculous blessing never left the family.

My brother-in-law was a first responder during the Sept. 11, 2001 attacks in New York City. He was there as the World Trade Center collapsed. It was nearly impossible to get through and make phone calls to anyone caught in the area that day. There was such complete chaos that for days on end loved ones didn’t know who was alive and who had died. My sister was one of those in agony of not knowing. When she finally discovered that her husband had survived, we learned of yet another miracle.

My brother-in-law remembers seeing a falling object about to crash down on him. That was his last memory before he lost consciousness. When he awoke hours later, he learned that a firefighter had saved his life by pushing him out of the way of the falling debris that would have definitely killed him instantly.

Why him? From all the people in the crowd, why did the firefighter save my brother-in law?

We later learned they had children in the same class, and the firefighter had seen him at school events. Everything was moving so quickly—there was so much death and destruction in those moments—but the fireman’s basic, visceral reaction was to save the father of his child’s friend. He saw that familiar face, realized this man was about to be crushed under the debris, instinctively remembered his own child, and did whatever he could to save the life of another child’s father.

The child who was in the class of the firefighter’s son was none other than the miracle child, born in merit of the blessing of the Rebbe, who loved every person and saw the light in everyone he met. This child was born after fulfilling the mitzvah of mezuzah, which protects us in our homes and in our surroundings.