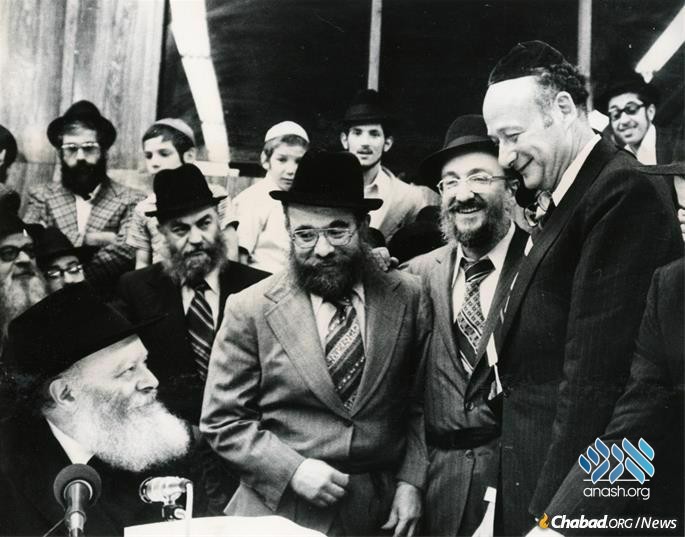 The Jewish mayor of New York, Ed Koch, came to the Rebbe several times. On one occasion, when he began heaping praise upon the Rebbe, the Rebbe cut him short.

The Jewish mayor of New York, Ed Koch, came to the Rebbe several times, once spending half an hour in yechidus. At the Purim 5746 (1986) farbrengen, he sat on the dais not far from the Rebbe, and the Rebbe addressed some public issues.

When he ran for reelection in 5749 (1989), he came to the Rebbe for a bracha. During the brief encounter, he told the Rebbe that the Rebbe’s leadership is appreciated not only in New York, and not only within the Jewish community but throughout the world. Saying so, he began heaping praise upon the Rebbe.

Suddenly the Rebbe interrupted him. “Do you want to bribe me?” the Rebbe asked.

“Oh, I see that you are smart!” the mayor exclaimed.

“That is also bribery…” the Rebbe replied.