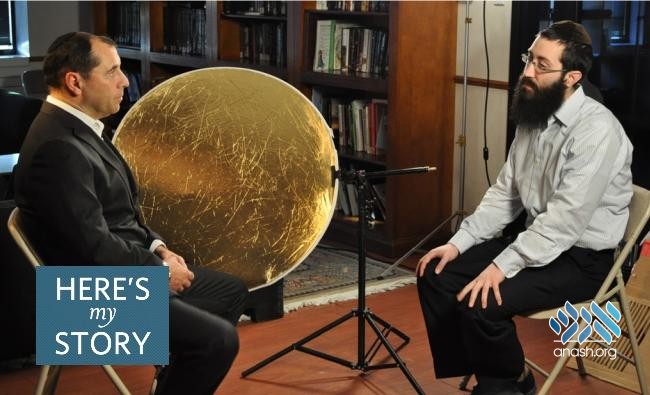 Mr. Murray Dalfen, a real estate developer in Montreal, Canada recalls how the Rebbe’s words got him through some of the darkest financial moments of his career.

Mr. Murray Dalfen, a real estate developer, is actively involved in supporting Chabad institutions in Montreal, where he lives with his family. He was interviewed in January of 2011.

My family has been associated with Chabad for many years. In fact, after the war, when young Lubavitcher refugees arrived in Montreal, some of them stayed with us, and our strong attachment grew from there.

The leader of this group – Rabbi Aryeh Leib Kramer – was most instrumental in setting my life on the right path.

Like many of those who grew up in the 1960s, I had explored different religions – Hinduism, Buddhism, and the New Age teachings of Edgar Cayce – until it finally occurred to me that I should also look into my own roots in Judaism.

One particular encounter was especially significant to me and to my family.

By way of background, I have to explain that we have been in the retail business since 1935. While initially we were successful, when large companies like Kmart and Zellers started coming into the small seaside towns in which we operated, we became overwhelmed. That is when – in the late 1980s – I decided we had to sell.

I felt that selling was our only hope because we were losing too much money. A buyer came along and, after lengthy negotiations, a deal was struck for the entire chain of stores we owned. But, at the last moment, it fell through.

I was completely devastated because we were losing a fortune, and I didn’t know how we were going to survive. I didn’t know how I would be able to support my family, or send my kids to Hebrew school, or even pay the mortgage on our home. It was crushing to me personally. I was so depressed, I was inconsolable. I just did not know what to do.

In desperation, I decided to go see the Rebbe in New York. When I confided this in Rabbi Minkowitz he offered to accompany me. We went together, taking my seven-year-old son Sean along. We caught an early morning flight – this was on Sunday, September 17, 1989 – to get a good spot in the line of people waiting to meet the Rebbe as he was giving out dollars for charity. But, even so, we probably waited for close to three hours.

When we finally reached the Rebbe, Rabbi Minkowitz introduced me as someone who was helping him build a new campus for his school, and the Rebbe blessed that endeavor, advising me to install a charity box on the premises, into which I was to place the dollar the Rebbe handed me.

I then asked the Rebbe for blessings for health for all the members of my family, which he gave, along with dollars for everyone I mentioned.

Finally, I said to him, “Rebbe, I’m trying to sell my retail business, because I am losing a lot of money. I would like your blessing to help me sell the business.”

The Rebbe looked at me, and it felt as if we were the only two people in the room, despite the fact that we were surrounded by many others and thousands were lined up behind us. And he said, “You will do the right thing, in the right way, at the right time, and have the right result. Besuros tovos [meaning, ‘may we hear good news.’]”

As we started to leave, he called my son back and said to him, “You should help your father in his doings.”

And with that, everything turned around for me. Empowered by the Rebbe’s words, I decided to try a different tack in selling the business. Instead of looking for one buyer for all the stores, I would sell them, one by one, to individual buyers, and perhaps close those that could not be sold. I would sell our inventory to our customers, and that’s how I would get out of the retail business and still be able to pay the bills.

This segmented approach worked, and we were actually the first retail chain based in Montreal to get out before the onslaught of the big American firms.

Over the years, people have said to me again and again – echoing the Rebbe’s words – “You did the right thing by getting out of the retail business. You did it at the right time. And you did it in the right way.”

To me that was a confirmation of the Rebbe’s remarkable foresight.

And my son has been helping me in “my doings.” In fact, he’s now the president of my real estate business– Dalfen Industrial – and we are doing very well together.