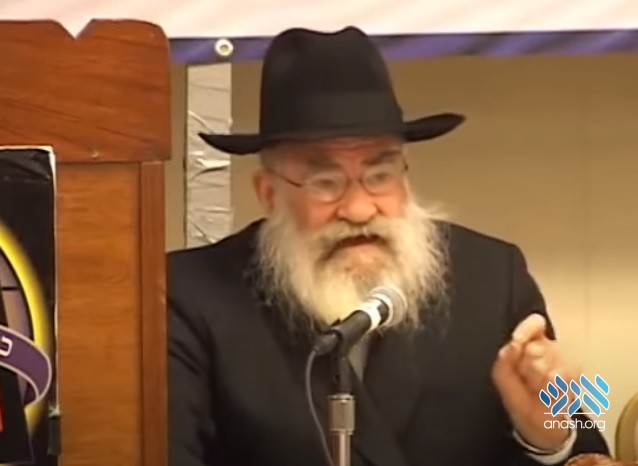 27 Nissan is the yahrtzeit of Reb Sholom Feldman, a “balabus” and legendary mashpia in Kfar Chabad and Chulon, who personified truth and exemplified pnimiyus.

By Rabbi Elyashiv Kaploun and Anash.org

Born in Klimovitch in 5692/1932, Sholom came to New York to study in 770 and remained there for seven years. In 5720/1960, he married Mussia Swerdlov and settled in Eretz Yisroel, where he worked at the Yad Hachamisha press and worked to develop other Kfar Chabad institutions. In later years, upon retirement, he was part of the hanhala at the yeshiva in Chulon. He passed away om 27 Nissan, 5775/2015.

The following article was written by Rabbi Elyashiv Kaploun, former shliach in Rostov and now mashpia in Kiryat Gat, Eretz Yisroel, shortly after his passing, and is translated here by Anash.org staff.

On the 27th of Nissan [5775], a man was taken from us, pure in emotion and in middos, a ba’al avodah who masqueraded as a “balabus,” and a maskil in Chassidus in the fullest and deepest sense. All this without an official title.

Reb Sholom cannot be described as a man of good middos, yiras shomayim, avodah and haskoloh in Chassidus – despite excelling in all these – since he did them without fanfare. He did what a chossidmust do, and strived to do so truthfully, never to impress anybody else.

Seeking this ultimate truth in avodah wasn’t something he strived for so as to reach a level of shleimus either, it was just the way he was – demanding of himself to be truthful in matters that involve avodas Hashem and not tolerate “performances” from others around him.

The vort from the Rabbeim is well-known: that they’d much rather have the simple yet truthful avodah of a “Neveler katzav” (butcher) than a Krementchuger maskil. A real Neveler won’t let his good friend to develop a sense of haughtiness because he understands Chassidus or has reached a level in avodah. Despite being just a “butcher,” he’ll find the right words to set his friend straight.

Reb Sholom was a unique combination of a “Neveler maskil.”

A Neveler maskil is one who doesn’t make a big deal out of his haskalah in Chassidus, and thus, doesn’t need the required bittush from his friend the butcher. Any required “putting in place” happened from within.

These days, mashpi’im make sure to stress the right and important things without allowing any room for the chassidishe imagination and for the mystery in the words. Everything is (and perhaps should be) communicated in a simple and crystal-clear manner.

Not so Reb Sholom. He was a genius in seeking out the depths of Toras HaChassidus and darkei HaChassidus, and not everything was right there for you to see. There was much probing and digging to be done. Listening to Reb Sholom delve into the words and find what’s hidden there intrigued his listeners more than anything else.

One of his favorite personalities was “Chonye,” the chossid Reb Chonye Marozov, the mazkir of the Rebbe Rashab and Frierdiker Rebbe who was killed by the Communists. Why was he so intrigued by him, despite never having met him?

It turns out that to be mekushar you don’t need to talk much. You just need to do. There are those that talk less and within them burns a strong connection beyond what others can imagine.

Halevai we should understand this and transmit to our children and talmidim who a personality like Reb Sholom was, what made him unique so that the spirit of Chassidus continues within all of us, until we merit the ultimate redemption, with the Rebbe leading us to the geulah sheleimah, now!