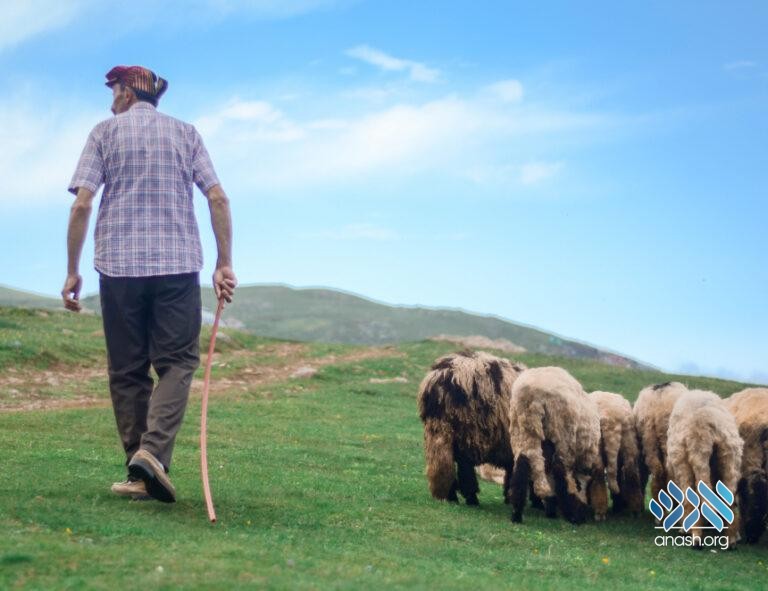 Motzei Shabbos Story: The Chacham Tzvi was known for going to extreme lengths to verify that missing men were indeed dead before permitting agunot, to remarry. Some point to a specific story as a reason for his approach.

Rabbi Tzvi Ashkenazi (“The Chacham Tzvi,” 1658–1718) was known for going to extreme lengths to verify that missing men were indeed dead before permitting their wives, known as agunot, to remarry. Some point to this story as a reason for his approach:

Reb Yaakov and Reb Moshe spent their days deep in Torah study. Both had married into affluent families, and both possessed the tenacity to bury their heads in their books for hours on end.

The thunderous pounding of horses and whoops of cruel delight suddenly spilled into Vilna. Tatars, a tribe of nomadic warriors, overran the streets, driving everyone into hiding. This wasn’t their first encounter with the ruthless warriors; they knew what to expect. By the time the Tatars finished their raid, a great trail of blood and destruction would be left in their wake.

Before repairing their property and resuming their lives, the Jews would account for their numbers. This time, however, they made a frightening discovery: two men, Reb Yaakov and Reb Moshe, were nowhere to be seen.

Far away, hands and feet tied, Reb Yaakov and Reb Moshe were brought to the mountainous homeland of their captors and quickly sold to chieftans from neighboring tribes. They had little hope of ever seeing each other again, much less their families back in Vilna.

Years passed. Reb Yaakov, now a shepherd, wore a tunic that easily identified him as a slave. The words of Torah he had committed to memory became his only source of comfort and inspiration.

It was a day like any other when he grabbed his walking stick and led his sheep up the grassy hills. He noticed another shepherd, somewhat familiar-looking, with his flock nearby. In a dizzying rush of emotions, Reb Yaakov realized it was his friend Reb Moshe, and tripped over his feet in his hurry to embrace. Tears spilling over each other’s shoulders, the reunion was a catharsis of all their pent up despair.

Surrounded by miles of foreign land and men who would be all too keen to unsheathe their swords, they agreed that an escape to Vilna seemed virtually impossible. Instead, the two friends spent their time calculating the Jewish calendar: Shabbats, fast days, and holidays, for the months to come.

It was time for Reb Yaakov to head back. He looked around, counted his flock, and felt his heart slowly sinking—a few of the sheep were missing, probably gone to explore the hills. Reb Yaakov fought back tears. The chieftain had warned him long ago that if he ever returned the flock with fewer numbers, he would pay with his life.

Knowing full well the fate that awaited him, Reb Yaakov made Reb Moshe swear to ensure he’d be buried Jewishly. Though if Reb Yaakov made it out alive by some miracle, the two would return to this very place and escape to Vilna together.

Regarding his friend for what might be the last time, Reb Moshe agreed.

Reb Yaakov headed back, dread swelling in his chest with every step. He stood quietly to the side as the chieftain counted the sheep, wanting nothing more than to disappear into the ground. He saw the chieftain’s eyes flash darkly when he discovered the omission.

His large frame moving swiftly, the chieftain advanced on Reb Yaakov, hand on the hilt of his sword. In a sudden, unexpected motion, an outstretched hand halted the chieftain’s stride. It was another member of the tribe, who wanted Reb Yaakov to remain alive. An argument ensued, which quickly devolved into a scuffle. Swords were drawn, and with a calculated thrust the tribesman felled his chieftain.

Reb Yaakov watched with wide eyes as his ticket to freedom materialized before him. When the other tribesman exited the tent, leaving the body on the floor, Reb Yaakov dropped to his knees and began to disentangle the chieftain from his clothing. Working quickly lest his attempt to escape be discovered, Reb Yaakov donned the chieftain’s robe and covered the body with his own tunic. From a distance, it would be hard to identify him as a slave.

He slipped into the pitch-black darkness and disappeared into the now-familiar mountains.

Reb Moshe waited for his friend for three days, and with painful realization concluded that Reb Yaakov must have been killed. After a short trip to Reb Yaakov’s tribe, he found the body succumbing to rot under a mound of dirt, wrapped in the tunic he knew to be his friend’s. Per his Reb Yaakov’s last wishes, Reb Moshe reburied him in a proper Jewish fashion.

On his way back, a carriage passed Reb Moshe, and in the window he spotted a face he recognized from long ago—a relative of his father.

Spurring his legs to run faster, Reb Moshe waved his hands madly, shouting for the driver to stop. He panted out an introduction, and, looking like he’d seen a ghost, the relative helped him into the carriage, quickly whisking him away. Reb Moshe felt certain that fulfilling Reb Yaakov’s last request had merited him his safe escape.

His return to Vilna was bittersweet. While everyone celebrated seeing Reb Moshe alive after so many years, the news of Reb Yaakov’s death dampened the joy. To further clear any halachic complications, Vilna’s greatest rabbis grilled Reb Moshe about his friend’s death and he answered every question to their satisfaction.

His testimony finally freed Reb Yaakov’s wife from the status of an agunah and she was allowed to remarry.

After traversing thousands of miles, haggard by travel’s hardships, Reb Yaakov felt a bounce in his step as he began to place the scenery around him. He wasn’t far from Vilna now. The relief, however, didn’t last long. Disturbing rumors that his wife was about to remarry shook him to the core.

He arrived in Vilna on the eve of the wedding. Gaunt and disheveled, he blended in with the city’s poor who had arrived for the customary meal. His father-in-law, clearly in good spirits, began making the rounds with a purse, handing each impoverished guest one coin. When he came to Reb Yaakov—who was unrecognizable due to his skeletal figure and ragged clothes—Reb Yaakov returned the coin and shook his head.

“Is it because you’re a Torah scholar and a coin is unbecoming? I meant no disrespect,” said the father-in-law.

“Tell me, please, a Torah novelty then,” asked the father-in-law.

Reb Yaakov nodded again and proceeded to share a Torah piece he had authored and said at his own wedding many years prior.

The father-in-law felt a shiver go right up his spine. “Tell me more…”

Reb Yaakov obliged and shared the Torah thought he prepared on the night of his engagement. Eyes bulging, the father-in-law looked deeply into the strange guest’s eyes and recognized his long-lost son-in-law.

In tears, the two collapsed into each other’s arms, united after so many years.

The wedding was canceled and the feast became one of thanksgiving—a seudat hodaah.

Reb Yaakov and his wife bore a child, Tzvi, who later gained renown as the Chacham Tzvi—bold and upstanding rabbi of several European communities.

Translated and adapted from Sichat Hashavua vol. 944
Reprinted with permission from Chabad.org