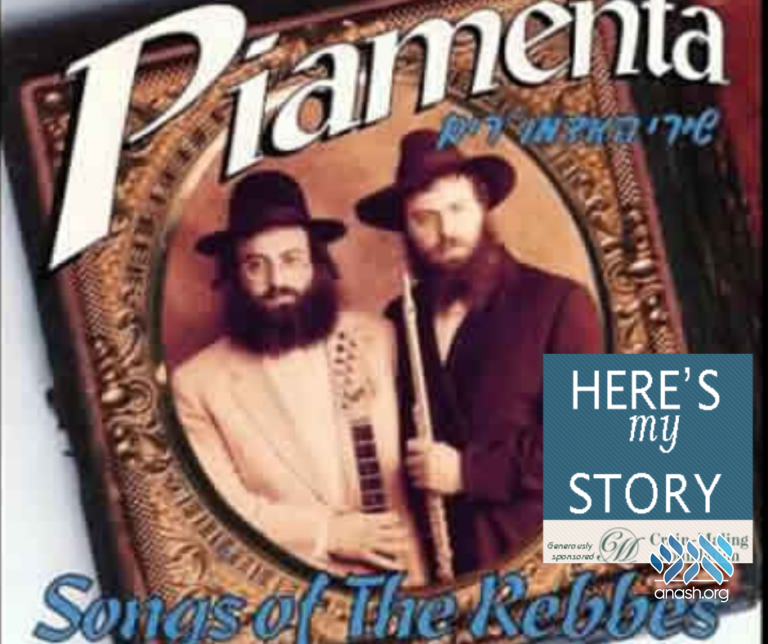 At an early age I was introduced to music, a heritage of my family.

My uncle, Albert Piamenta, was an Israeli saxophonist who became famous for mixing Judeo-Arabic music with jazz. My mother also loved music, so much so that the first piece of furniture she bought for our house in Tel Aviv was a piano. And my older brother, Yosi, was a guitar player who, in the course of his career, created a whole new style – a blend of rock and Israeli compositions, which had a major influence on Jewish music.

I grew up playing piano but, after a time, I discovered the magical sound of the flute and that became my instrument of choice. At age seventeen, I started performing with Yosi, who was then a soldier and playing in an IDF band. I vividly remember joining him for a concert just when the Yom Kippur War broke out in 1973. We performed for the soldiers on the front lines with bombs flying over us.

A year after the war we formed a band – called the Piamenta Band – which became very popular. So much so that when the famed saxophonist, Stan Getz – one of the greatest jazz stylists ever – arrived in Israel in 1976 and heard our music, he invited us to tour and record with him. That was the first time in history that a musician of such caliber collaborated with Israeli musicians, and it caused a media sensation.

As our fame grew, we were sent by the Israeli government to perform throughout the U.S. and Canada at 30th anniversary celebrations of the State of Israel. But, by this time, I had become Torah-observant, and shortly thereafter, I was exposed to the teachings of the Alter Rebbe, the 18th century founder of the Chabad Movement, and I decided to stay in New York to learn Torah and chasidic teachings. I also formed an informal yeshivah of other musicians which I called Mitzvah Goreret Mitzvah (“A Good Deed Produces a Good Deed”).

Meanwhile, my brother Yosi also became more religious, and eventually the whole family moved to the Chabad neighborhood in Crown Heights. This greatly affected our music, as we learned more chasidic songs and began to include them in our repertoire, developing a unique style.

As time went on – I think it was in 1980 – we decided to write to the Rebbe to explain what we were doing, and the feeling we had that we could positively influence other Jews. In this letter of eight pages penned by Yosi – with which he included a photo album of the history of our band – he asked the Rebbe if he was worthy of doing what he wanted to do, which was bringing estranged Jews back to Judaism through music. In response, the Rebbe took the letter and crossed out the word “if” and what remained of that sentence was his answer to Yosi – “I am worthy of doing what I want to do…” He also wrote a long response to the other questions in his own hand, which I later learned was quite a rare thing for him to do.

First of all, the Rebbe wrote that, generally speaking, our plan to use music as a medium for disseminating Judaism was a great idea. He quoted the verse from the Book of Proverbs, “Know Him [G-d] in all your ways,” which indicates that people should use all their talents for holy purposes.

He then went on to analyze the present state of the field of music: He pointed out that a band which is as successful as ours – “1) capable of conquering hearts, 2) able to provide an ample livelihood to the people involved, 3) has already captured the market” – can make great inroads against the evil inclination out in the world.

But the Rebbe cautioned: “How can you ascertain that those whom your program will bring into the world of music will not also join the vast majority … which has no [moral] restrictions at all? Indeed, its motto is: ‘everything is permissible for you; it is ideal that you try everything out yourself …and only later decide on you own how you relate to all things without preconceived notions whatsoever.’”

This is exactly where we could play a major role, the Rebbe said. He went on to explain that, on one hand, “lives are literally at stake” and the kind of music that people were listening to meant that there was a great need for our band. But, on the other hand, the state of the music world meant that we would face great challenges.

He warned us that we will need to fight the status quo and distinguish ourselves from others in the field, “to put to rest the misgivings of observant educators and leaders, whose concerns are based on the prevalent atmosphere in the world of music.”

He also gave us specific advice, recommending that we make clear through advertising that we had embarked on a new path. (The photo album showed him what our band was like through all the years, including before we were religious.) We needed to rebrand ourselves, so to speak, and this should be done, he wrote, “in order to allay the concerns … that, in essence, the band, which has been around for many years, has not changed.”

He concluded by encouraging us to put out more albums of songs with positive messages and to continue to collaborate with religious organizations to arrange music tours and concerts. At the same time, he dissuaded us from opening a recording studio and a radio station – which was something we were dreaming about – since “our Sages teach us that ‘if you grab for too much, you will hold nothing.’”

Of course, we took his advice to heart and did what he said.

I, personally, was very much affected, and wherever I have traveled across the globe, I have sought to bring the messages of Torah to all those who come to hear my music. Whether I am playing in a Chabad House or at a music festival where the people have never seen a Jew wearing tzitzit and a yarmulke before, I know I have a mission to accomplish. I remember that “lives are literally at stake” but with some words of Torah, some words of light and hope in the face of darkness and despair, I can have a lasting impact.

Mr. Avi Piamenta is a virtuoso flutist and singer who performs around the world. He lives in Israel, where he was interviewed in December of 2018. The full text of the Rebbe’s letter can be found in Likkutei Sichot volume 38 page 179.