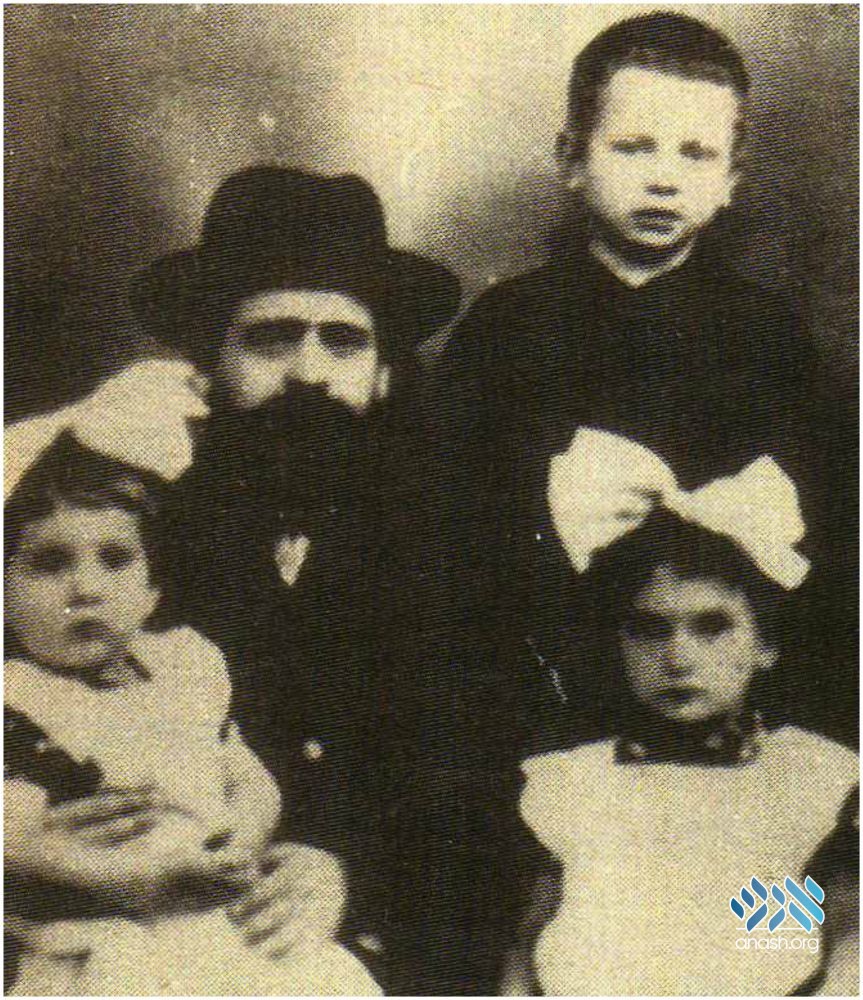 As told by Rabbi Yisroel Gordon to Mrs. Rishe Deitsch
From the N’shei Chabad Newsletter, Tishrei 5773

Reb Chatshe Feigin was my mashpia. He had a heart made of steel; this is what people said of him.

He never let a tear fall from his eyes; he was filled with mighty determination and the confidence that he was doing the right thing. But there were three times that I saw him lose that steely strength and break down crying.

The first time was after the histalkus of the Rebbe Rashab, 2 Nissan in the year 1920. The second time was a few months later, during Elul, when the Rebbe Rashab’s son, the Frierdiker Rebbe, took over the nesius and began his efforts to repair matters that had become devitalized due to his father’s histalkus.

The new Rebbe’s first efforts were aimed at strengthening Yeshivas Tomchei Temimim Lubavitch. He turned to Reb Chatshe and requested that he become mashpia. The job of a mashpia is to teach the bochurim Chassidus, and to instill in them emunah and bitachon as well.

“If so,” replied the Rebbe Rayatz, “stay here for the month of Tishrei, and then we’ll see.”

Rosh Hashanah and Yom Kippur brought a huge crowd to the Rebbe. It was the first year of the Frierdiker Rebbe’s nesius, and many wanted to see everything the new Rebbe did, to hear every holy word he said. Every detail gave them strength and provided many lessons in life. Reb Chatshe managed to see the Rebbe and be near him throughout Rosh Hashanah, aseres yemei teshuvah and Yom Kippur.

Yom Kippur was almost over. It was time for Minchah. Who would be called up for maftir Yonah? The Rebbe himself, of course. Reb Chatshe found himself standing literally facing the Rebbe’s holy face as the Rebbe began to lein maftir Yonah.

The Rebbe read directly to Reb Chatshe how Yonah the prophet was told by Hashem to go to the destroyed city of Ninveh and rejuvenate it spiritually, and how Yonah was afraid to accept the assignment.

Yonah began to find reasons why he should not go: “Perhaps,” he said, “the only reason the people will do teshuvah is because I exhort them to, but it won’t be a real and sincere teshuvah. This will only serve to bring down upon them a heavenly kitrug. Or maybe there will be a chilul Hashem…”

Yonah wanted to run away from this weighty assignment. He wanted to get so far away that he would not receive nevuah from Hashem. He boarded a boat bound for Tarshish, since he knew that if he was outside of Eretz Yisroel, he wouldn’t receive nevuah, and he’d be “free” of the unwanted mission.

Hashem brought a stormy wind upon the boat. The vessel was about to break apart. The captain turned to the passengers and begged them to pray. There was one passenger who did not respond. “Why are you resting? Get up and call to your G-d, as well!” he berated Yonah. But Yonah had nothing to say to Hashem.

Hashem had told him what action He wanted him to take, and Yonah had not obeyed. In fact, he had fled onto this boat. Yonah the prophet knew that — despite the fact that there were evil people, including thieves and idolaters, on the boat — the entire storm was because of him. Finally, the prophet turned to his fellow passengers and said, “Lift me and throw me into the ocean. That is the only way you will be saved from the storm.”

The Frierdiker Rebbe continued to read the maftir slowly and with great feeling. Reb Chatshe felt his insides churning. Listening had become unbearable for him. He felt exactly like Yonah felt: even though there might be others present who were less than perfect, this storm was created for his sake… Every word the Rebbe read was meant for him, and every tear of the Rebbe’s stabbed him like a sword.

The Rebbe described the thoughts, the actions, the consequences and the regrets of a man, Yonah, who mistakenly believed it was possible to flee from Hashem: “ki milifnei Hashem hu bore ‘ach.” The Rebbe was crying, and Reb Chatshe, the man who never cried, broke into terrible sobs, to the point that the people in the room were afraid his soul would soon leave his body, G-d forbid.

Reb Chatshe was now ready to take on the assignment of the Rebbe, and he became a mashpia in Yeshivas Tomchei Temimim.

And now for the third time Reb Chatshe cried:

Under communism, chassidim were “disappearing.” They were being arrested, tortured, and executed without trial. The Rebbe’s soldiers were foremost among these “enemies of the state.” At this point Reb Chatshe saw that the Rebbe needed more help, so he offered his services as mazkir, in addition to his role as mashpia. The Frierdiker Rebbe accepted his offer with gratitude.

Instantly, Reb Chatshe’s workload quadrupled. Now he had to establish chadarim, yeshivos, mikvaos, and shiurei Torah in such a way that the communists wouldn’t discover them. Everything had to be set up in hiding places, which needed to be changed very often.

Reb Chatshe did the work with loyalty, self-sacrifice and a burning faith that there could be no other way. His nights were like days as he strained himself to help the Rebbe bring to life his holy plans. This awesome burden had to be carried in a very secretive way or lives would be lost in the most cruel and fearsome manner.

Reb Chatshe worked far beyond the limits of his strength. He hardly ate or drank or slept. His entire being was devoted to the holy work, and he put his own life in danger on a daily basis. He did all this without any complaints or thoughts of his personal needs.

There was just one unmet need that truly disturbed him. He did not have the time to learn Chassidus, nor did he have time to daven b’arichus. He felt his very soul was drying up without the daily study of Chassidus. How could one be a chossid without learning Chassidus?!

He carried this burden, too, without complaint, for as long as he could. But finally, one day, filled

with the bitter taste of this loss, he entered yechidus. In yechidus, one doesn’t lie about one’s condition. So he shared with the Rebbe what was pressing on his heart, and he begged for a half hour per day to learn Chassidus because, he said, “Without that, my life is not a life.”

As Reb Chatshe allowed the Rebbe’s words to sink in, he understood that his hopes for a half hour per day to learn Chassidus were not going to be realized. Long minutes followed where the chossid and his Rebbe both wept copious tears over Reb Chatshe’s predicament.

At last the Rebbe lifted his face to his chossid and said, “If we do only what we desire, what will become of all those vital things that need to be done? If we do what we desire, will we be doing what Hashem wants?”