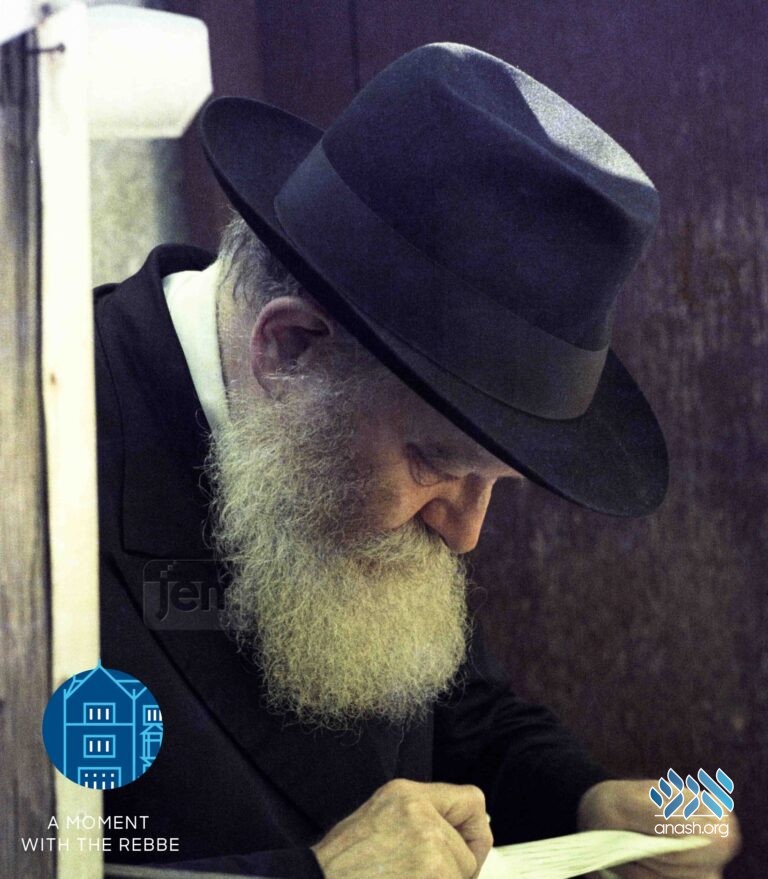 After the Rebbe consistently refused to accept the nesius, chassidim wrote a pann to the Frierdiker Rebbe begging him to intercede, and they asked the Rebbe to read it at the Ohel. The Rebbe pushed it away until he couldn’t anymore.

A few elder chassidim wrote a pan to the Frierdiker Rebbe, imploring him to influence his son-in-law, the Rebbe, to accept the nesius. They then gave this pan to the Rebbe to take to the Ohel.

Until this was the only pan left.

The Rebbe opened it and began reading. As the Rebbe read it, the Rebbe cried profusely.