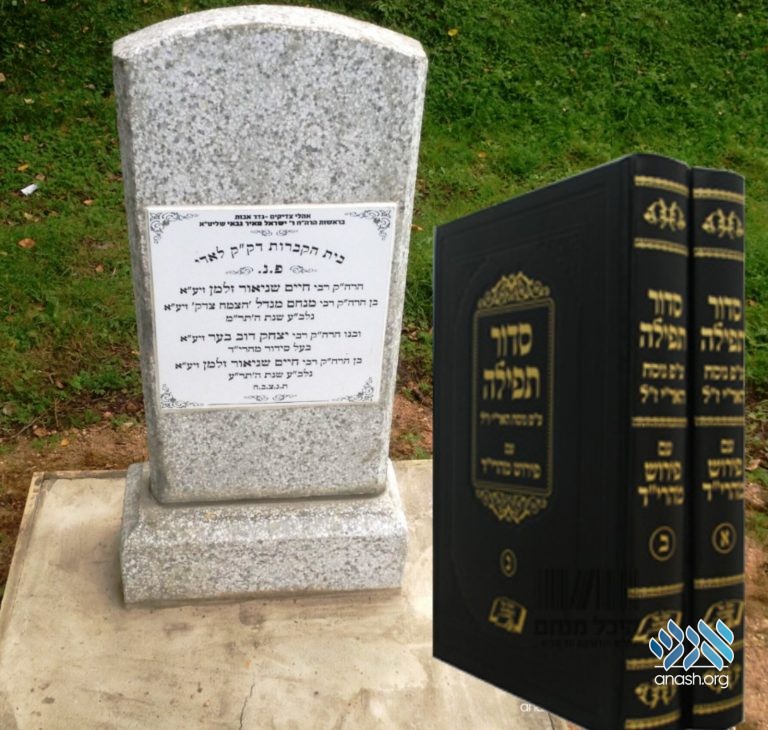 Chof Iyar is the 110th yahrtzeit of Reb Yitzchok Dovber Schneerson (“MaHaRID“), Rebbe of Liadi, son of Reb Chaim Schneur Zalman of Liadi, and grandson of the Tzemach Tzedek.

Reb Yitzchok Dovber, “MaHaRID,” was born in Lubavitch in 5595/1835 to his father Reb Chaim Schneur Zalman, son of the Tzemach Tzedek. As a boy, he was raised in the court of his zeide the Tzemach Tzedek and studied under his tutelage until the histalkus in 5626/1866 (when MaHaRID was around 30 years old).

After the Tzemach Tzedek’s histalkus, Reb Chaim Schneur Zalman remained in Lubavitch until 5629/1869, when they relocated to Liadi. He passed away eleven years later and was succeeded by his son, Reb Yitzchok DovBer.

Reb Yitzchok DovBer continued much of his father’s ways, including saying Chassidus on Friday night and Shabbos day. He also continued his custom of the Rebbeim to wear white clothing on Shabbos – something that the Rebbe MaHaRaSH had ceased doing.

Later descriptions of his court written by his gabbai’s son, speak of a vibrant Chassidishe court, with Chassidim traveling to Liadi for Tishrei and other Yomim Tovim. At one time of his nesius, he was the oldest of the grandchildren of the Tzemach Tzedek.

A short while after becoming Rebbe, in 5641/1881, the Czar was assassinated and the wrath of the government fell on the Jews, who were seen as to blame for this. MaHaRID became a tireless advocate for his people, working with such Gedolei Yisroel as Rav Yitzchok Elchonon Spektor of Kovno to raise funds to help his brethren.

Reb Yitzchok DovBer was a very dedicated chossid of his father and would spread his father’s Chassidus far and wide. He compiled his famous siddur from the ksovim of the Alter Rebbe and Mitteler Rebbe, as well as from the Chassidus that he heard from his father, which would make up the “Siddur MaHaRID.”

He passed away on 20 Iyar 5670/1910 and was interred in Liadi. After his passing, many of the chassidim traveled to Lubavitch to the Rebbe Rashab. “Siddur MaHaRID” was published some three years after his histalkus, and some other writings were published under the name “Likkutei Ma’amorim,” however most of his other writing and Torah have yet to be published. The Siddur was reprinted in recent years by Machon Oholei Shem – Lubavitch.

His son Reb Sholom Shachna took his place in Liadi. His second son Reb Yehuda Leib served as rov in Homel, Siratin, and Vitebsk, and his son R’ Boruch was a businessman in Smolensk. Many of their descendants were killed in 5701/1941 upon the Nazi invasion of the Soviet Union. HYD.