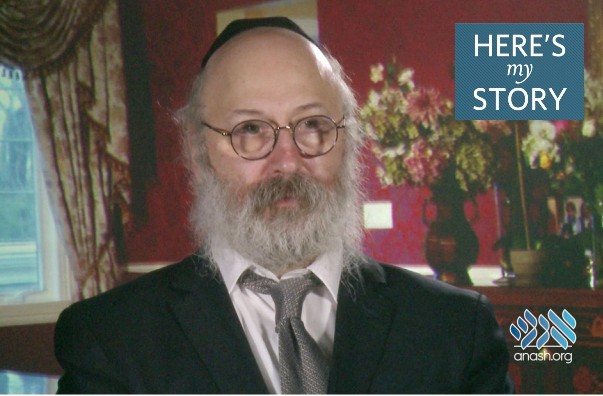 Rabbi Eliyahu Matusof, a member of the editorial staff of Otzar HaChassidim, tells of the Rebbe’s detailed involvement – and humility – in preparing seforim to print.

Rabbi Eliyahu Matusof is a member of the editorial staff of Otzar HaChassidim and of Machon Lihachonas Drushei Dach Lidfus, the institute tasked with preparing chasidic teachings for print, which function under the auspices of Kehot, the Chabad publishing house. He was interviewed in July of 2018.

While studying at the Chabad’s central yeshivah at 770 Eastern Parkway in Brooklyn, I became involved in the publishing of a series of bi- weekly booklets, Ha’aros HaTemimim, containing Torah essays written by yeshivah students and rabbis.

The Rebbe had initiated the publication of students’ Torah insights in 1972, saying that it would energize their studies, and I noticed that he showed a special fondness for these booklets. On many occasions, as the Rebbe would enter the shul for Friday night prayers, we could see him holding the latest issue together with his siddur. And often I saw him open the booklet and browse through it after the prayer service.

That he read it all carefully was evident from the feedback he sent whenever he caught a mistake. For example, on the first Shabbat after Rosh Hashanah, we published Ha’aros HaTemimim forgetting to change the header date to the new year. The Rebbe pointed this out to us, so we didn’t repeat the mistake. And he commented on other small things. I learned from him that everything needs to be precise, even technicalities. Whether one is publishing a pamphlet or a book, it must be beautiful and respectable and without errors. This is why proofreaders are so important.

About a week before the Rebbe’s seventy-fifth birthday on the 11th day of the Hebrew month of Nissan in 1977, his secretary Rabbi Binyomin Klein asked me to bind all of the issues of the Ha’aros HaTemimim that were published until that point. I was to present them to the Rebbe during the upcoming farbrengen marking this special occasion. For someone as young as me to approach the Rebbe in public was extraordinary, but I understood that this directive was coming directly from the top.

So I and my co-editors had the Ha’aros HaTemimim pamphlets beautifully bound in leather and, when we got the signal from Rabbi Klein, we approached the Rebbe. The Rebbe leafed through the book and then poured us some vodka for a l’chaim.

That was the beginning of my foray into publishing, which became a lifetime endeavor.

By way of background, I need to point out that when the Rebbe came to the U.S. in 1941, the Previous Rebbe appointed him to head the Chabad publishing house, Kehot. Throughout the years, even after the Previous Rebbe passed away and the Rebbe took over the leadership of the Chabad Movement, he continued to lead the work of bringing the Chabad Rebbes’ discourses to print. He wanted these books to be published with utmost accuracy and clarity, and he took care to add footnotes and sources for all the Torah verses, for all quotes of the Sages, and the like. The Rebbe also worked on preparing detailed indexes and added an introduction at the beginning of each book in order to give an overview of its contents.

But, as the years went on and the Rebbe’s influence grew, the demands on his time also increased. The Rebbe received people in private audiences three times a week, working through the night, and in addition to all this, he answered the thousands of letters that he regularly received.

In 1978, the Rebbe — evidently realizing that the task of preparing so many books for print was too time-consuming for him to manage personally — spoke at a farbrengen about the need to open an institute staffed with people with a talent for such work.

Such an institute — Machon Lihachonas Drushei Dach Lidfus — was founded under the auspices of Kehot, and I went to work there two years later.

We, the staff members of the institute would do whatever needed to be done to prepare the handwritten manuscripts of the Chabad Rebbes for print; we would also create indexes and then send everything to be typeset. The proofs would be given to the Rebbe to edit.

The Rebbe would go over the proofs, make his edits and comments, add sources and footnotes. Sometimes, the Rebbe would mark places that needed corrections or where to divide the text into paragraphs. He was especially careful to go over the preface to the book and make sure that it was properly written and free from any mistakes. And he was the one who would inscribe the date that appeared at the end of the preface. Once he did that, we knew that the book was ready to go to print.

Time and time again, we would hand in the proofs to the Rebbe’s secretariat in the afternoon or evening, and we would get them back with all of the Rebbe’s edits and comments the next morning. We didn’t know exactly how many hours the Rebbe dedicated to this, because he also had other items on his agenda. As time went on, we got used to it, but the truth is that this was an incredible feat! How did the Rebbe manage to read and meticulously edit an entire book of deep concepts in such a short time?

What was even more striking to us at the institute was that he treated us as his equals. Although on some of the books the Rebbe did a big part of the work himself, only afterwards giving it over to us to complete the job with our meager abilities, he didn’t want that emphasized; the reader was not to know which parts he worked on and which we did. Needless to say, the Rebbe’s work was completely beyond ours — he was gifted with immense acuity while we were just beginners — yet he wanted us to feel like we were all part of the same team, with us doing one task and him doing another.

For example, in 1981 we worked very hard to create an index of all the Alter Rebbe’s books and the Rebbe also invested a lot of time in this project. A dedication was added at the end of the book — in merit of the people who worked so hard to prepare it for publication — listing all our names. The Rebbe agreed to have his name included in the list but without any title — just Menachem Mendel ben Chana — and it had to appear in alphabetical order among all the others.

To me, this was another expression — beyond his great humility — of his love of holy books.

The Rebbe’s love for holy books was boundless. He treated a Torah book with the respect given to a living being with a soul, explaining that the author invested the book with his inner energy giving it life.

By teaching us the preciousness of these works, he showed us that when we hold them and study them, we merit to be connected to G-d — to be blessed and empowered.