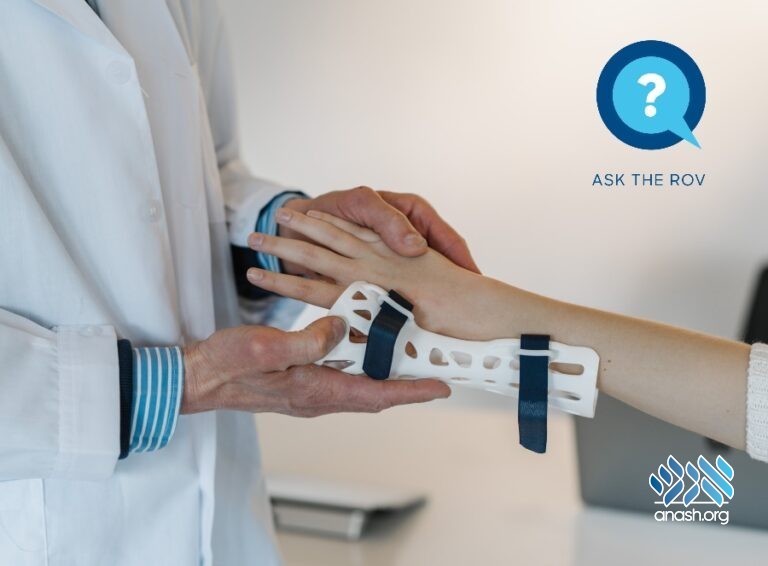 Ask the Rov: Is one obligated to seek out a doctor of the same gender? Is shaking hands ever allowed?

The posuk cautions that we are prohibited to even “come close” to forbidden relations, which includes both touch and speech.1 The Rambam holds that the prohibition is min hatorah, while Ramban holds it is miderabanan.2 Since it is related (abizraihu) with forbidden relations, one is obligated to sacrifice their life rather than transgress.3

What about touch that isn’t affectionate?

Poskim discuss whether one may visit a doctor of the opposite gender. Some hold that it’s subject to the above machlokes on the origin of the prohibition, and the Rambam who holds it is min hatorah would not allow it.4

The Shach, however, argues that the prohibition only applies to friendly touch (chiba), but technical unaffectionate touching by a doctor was never included in the issur. Thus, a doctor or nurse may treat and assist a patient of the opposite gender when there is none of the same gender available.5

Contemporary poskim emphasize that it’s not a blanket heter and it applies only when no doctor of the same gender who is as qualified and experienced is available. One must ascertain that the doctor is moral, and a nurse of the same gender should make any private examinations. Obviously, precaution must be taken to observe the laws of yichud and tznius at all times.6

The Rebbe adds that, when possible, a female doctor is preferable for a woman — in addition to tznius considerations — because a woman understands the nature of another woman better than a man does.7

Shaking the hand of the opposite gender is absolutely prohibited no matter the need.8 Even touching a part of the hand or while wearing gloves is forbidden.9 Although it may seem like just a cordial act, it is incomparable to a doctor’s technical handling of a patient’s body, and even a regular handshake implies some warmth and connection.

Holding the hand of a young girl to cross the street is allowed, provided that she younger than 7 years old.10 If a woman falls, one should certainly help her up as needed.