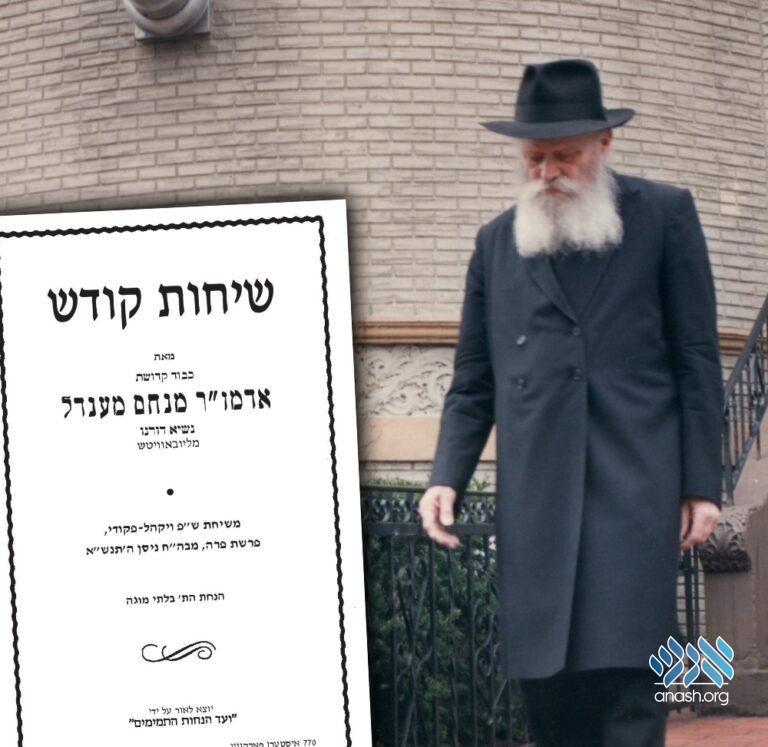 The “full version” of the Sicha of Vayakhel-Pikudei 5751, which was prepared for the Rebbe to edit, but did not end up being edited, was released for the first time right in time to learn it on Shabbos.

For the first time, the full version of the Sicha of Vayakhel-Pikudei 5751 is being released in its original Yiddish with Mareh Mekomos and Ha’aros, as it was originally prepared for the Rebbe to edit. The sicha was not edited by the Rebbe at the time; it is thus bilti mugah.

In those years the Rebbe edited the Farbrengen each week, and they were published in the Algemeiner Journal and the Kfar Chabad, and later in the Sefer HaSichos series that spans from 5747 through 5752.