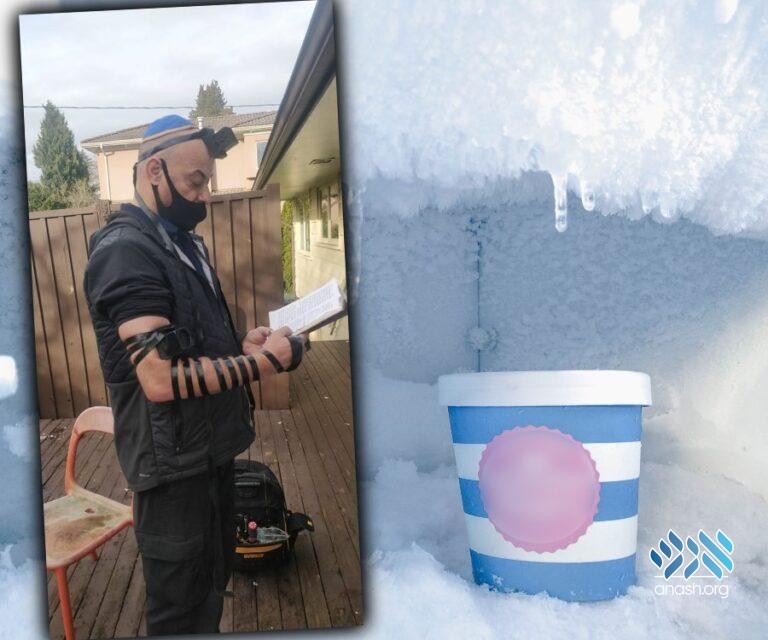 When the freezer stopped working in Chabad Jewish Student Centre in Vancouver, Canada, shliach Rabbi Chalom Loeub was understandably worried. But after a repairman came over, he understood why it had to happen.

My wife, Esti, and I co-direct the Chabad Jewish Student Centre in Vancouver, Canada. As you can imagine, we serve a lot of food. So our freezer, which is filled with lots of kosher meat, chicken and other kosher items, is very important to us.

I Googled “Appliance Repairs in Vancouver” and came across the phone number of a company that outsources repairmen to come out to homes to service large appliances. They had someone who was able to come out within the hour, which is, in and of itself, a miracle.

The repair guy came in, greeted me with a hearty “Shalom,” inspected our freezer and figured out how to fix it. (Thank G‑d!)

I discovered that his name is Dimitry, and he emigrated here from Dimona, Israel.

Halfway through the repair, he shared that today was his mother’s first yahrtzeit, and he was really sad that he couldn’t find somewhere to say Kaddish. Little did he know, he was talking to a Chabad rabbi who had a few tricks up his sleeve.

After fixing the freezer, he told me: “You know rabbi, I feel like there was a deep spiritual reason why I randomly took your call when it came from the dispatcher … I don’t know why, but somehow we were destined to meet today!”

Boy, was he right.

Well, not only did we arrange for Kaddish to be recited for his mother (he was thrilled when that was done), we decided to do a mitzvah and connect to G‑d, and he put on tefillin and said a short prayer in memory of his late mother.

Needless to say, he was spiritually elated as he left our Chabad House.

My takeaway from today is one of Chassidism’s main teachings. Nothing in this world happens by accident, and whenever we encounter another person, we should endeavor to see what favor we can do for them because that favor may be why G‑d orchestrated the meeting in the first place.