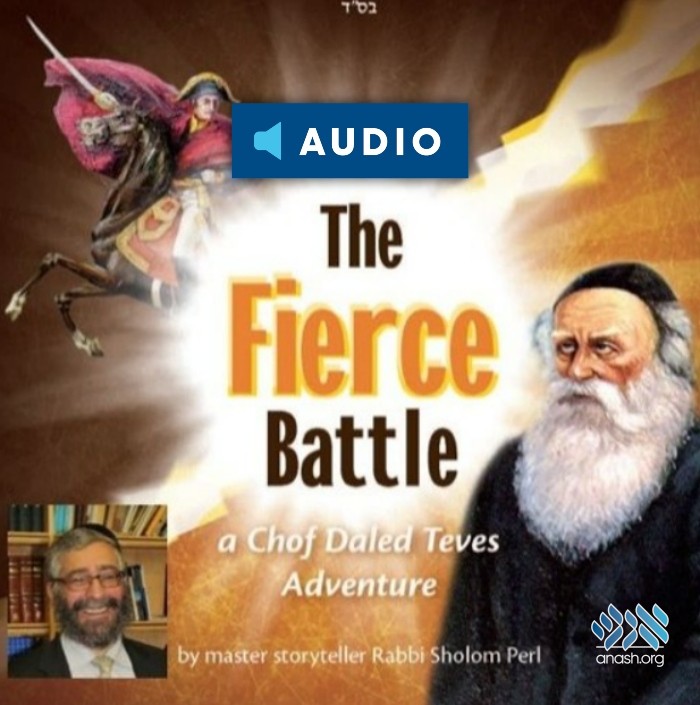 The Alter Rebbe is being pursued by Napoleon. Will the forces of Kedusha triumph over evil? Master storyteller Rabbi Sholem Perl tells the story of Chof Daled Teves with theatrical drama, music and sound effects.

In honor of the auspicious day of Chof Daled Teves, The Yom Hillulla, the passing of The Alter Rebbe, Rabbi Sholem Perl shares this suspenseful captivating story dramatizing the Alter Rebbe’s “Fierce Battle” against evil. Experience The Alter Rebbe’s Mesiras Nefesh to defeat Napoleon, his miraculous travels and his final moments on this world.

To add to the excitement, Rabbi Perl has prepared a quiz on the story with over 160 questions. Teachers are finding that by reviewing the questions with their students before they listen, their students are paying so much more attention to every single detail.

Produced by Rabbi Sholem Perl at the Kayn Bakodesh Studios