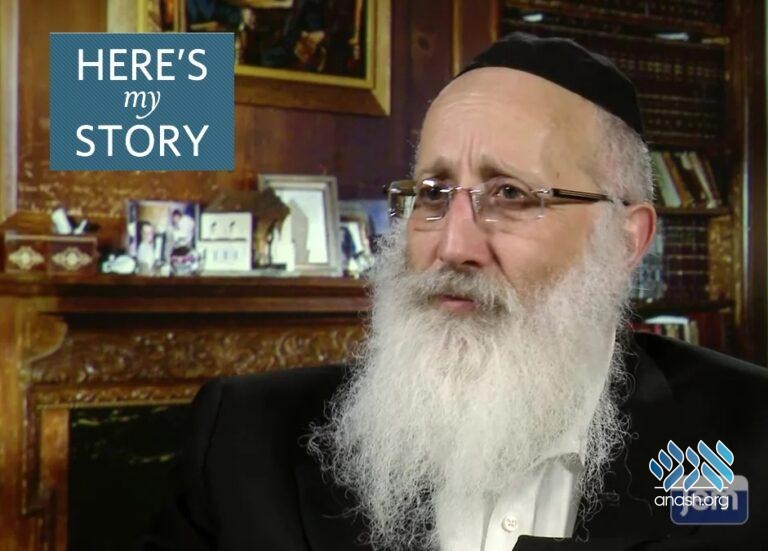 Rabbi Sholom Spalter of Morristown, NJ tells of when his father wrote to the Rebbe that he planned an extravagant Bar Mitzvah for his son. The Rebbe’s memorable response changed his Bar Mitzvah, as well as those of his children.

Since 1976, Rabbi Sholom Spalter has been teaching at the Rabbinical College of America in Morristown, New Jersey. He was interviewed in December of 2014.

Some time before my Bar Mitzvah in the winter of 1966, my father — Reb Hersh Mailach Spalter — wrote to the Rebbe. As a Holocaust survivor whose brothers had perished, he was understandably very emotional as the Bar Mitzvah of his eldest son approached. And, of course, he wanted to mark the occasion in a grand manner as he was a man of means back then.

But when he informed the Rebbe that he was planning an extravagant party, the Rebbe responded, “The Torah is careful when it comes to [spending] the money of Jewish people. So instead, make it spiritually extravagant.”

The Rebbe’s secretary relayed this message to my father over the phone, but my father wanted to see the Rebbe’s handwritten response for himself.
I vividly remember going along with him to Chabad headquarters and reading the Rebbe’s note. When we did, my father turned to me and asked, “What do you think the Rebbe means?”

I was a young boy, so what did I know? “I have no idea,” I said.
My father supplied the answer: “I think the Rebbe means that instead of reciting one chasidic discourse, you should recite two.”

In those days arguing with one’s father was out of the question, so I did exactly as I was told. I prepared a Talmudic pilpul and the chasidic discourse on tefillin as is customary, plus a second chasidic discourse written by the Previous Rebbe on the Torah verse, “How goodly are your tents, O Jacob.”

Just before the momentous day, my parents brought me for a private audience with the Rebbe. When my father told the Rebbe that, because of his advice, I had prepared a second discourse, the Rebbe beamed. He gave me such a radiant smile that the memory of it has remained with me all these years.

Then the Rebbe asked me to recite the beginning of the Talmudic pilpul I had prepared, which was about the halachic requirement for the leather of tefillin to be prepared intentionally for the mitzvah. He followed up with two questions about the conditions that need to be met for tefillin to be kosher, but being in the Rebbe’s presence made me very nervous and I froze, unable to answer. So the Rebbe moved on and began to give me blessings.

When my own sons reached Bar Mitzvah age, I told them this story. And they too have recited an additional discourse on the day. As have their sons. So the Rebbe’s advice has endured for generations.

When I turned sixteen — while studying at the Chabad yeshivah in Brunoy, France — I decided to have the scrolls inside my tefillin checked. I do not recall why I felt the need to do this, but when they were checked, it turned out that one scroll was not kosher. An entire word was actually missing from one of the verses. This was devastating news and, naturally, I felt terrible about this. Ever since my Bar Mitzvah — for three years — I had been putting on non-kosher tefillin, which is like not putting them on at all.

I wrote to the Rebbe about this, asking how I could make amends for such a failing.

My father sent me a set of Rabbeinu Tam tefillin and I used to go into a closet to put them on, as doing so at my age would have elicited much commentary from my fellow yeshivah students.

Just before turning eighteen, I returned home from Brunoy, and I had an audience with the Rebbe on the occasion of my birthday. In advance of that audience, I and few of my close friends held a small farbrengen, and a chasid who was a little older than us joined us. “When you go for your audience,” he impressed upon us, “open yourself up to the Rebbe, bare your soul, and he will guide you.”

But when I went to see the Rebbe, I couldn’t do it. I had actually written a long letter to present to him, but then I tore it up and just asked for a birthday blessing.

The following year, I had more courage. I again prepared a long letter but, this time, I actually gave it to him. I spelled out where I was holding spiritually — what I was doing and what I was not doing in terms of my Divine service. In particular, I had told the Rebbe that sometimes, when I did certain things in my spiritual practice, I felt conceited, in the grasp of my ego.

The Rebbe answered me — and I don’t remember his exact words, so I am paraphrasing — “This is the work of your evil inclination, your yetzer hara. It wants you to stop doing these things and that’s why it is making you think your ego is involved. If your yetzer hara is saying you are doing it with pride, do more! Just do more and more. Do a mitzvah, study another page of the Talmud, and then another page. One is permitted to study Torah even for ulterior reasons, as that brings one to study Torah for its own sake. So just keep on going.”

It was life-changing advice and I came out of that meeting with the Rebbe feeling very uplifted. Once I opened myself up to the Rebbe, he was able to advise me properly. It was a very special audience.