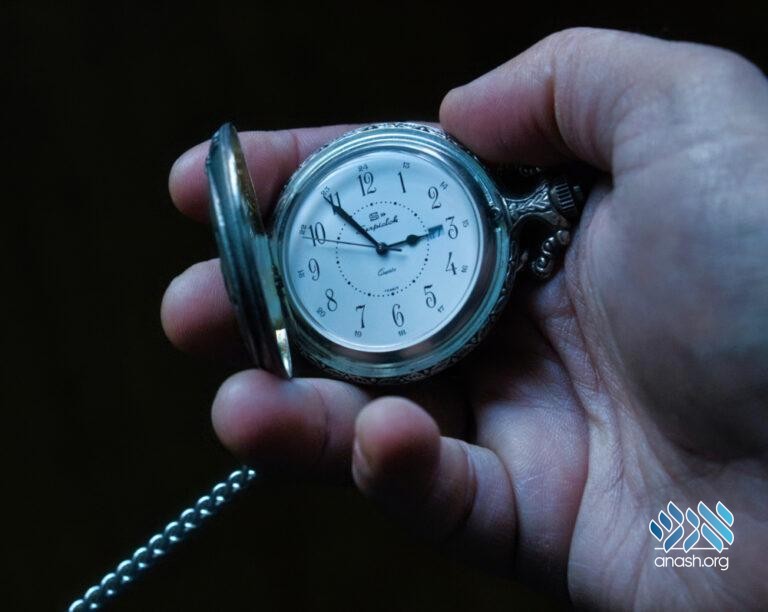 Motzei Shabbos Story: For weeks, Reb Shmuel didn’t know how we would obtain the basics for the Seder. Then, when it miraculously arrived, a short nap almost ruined his Yom Tov spirit.

The festival of Pesach was not far off. Households bustled happily from morning till evening with cleaning and shopping. Only the home of Reb Shmuel lacked the holiday luster and commotion.

His family had long become accustomed to a life of poverty. While yet young, Reb Shmuel had resolved to never seek the help of another person, even if it meant near starvation. He and his family would accept assistance only when offered. Despite the difficulty, they never uttered a word of complaint, strong in their faith that G‑d would provide.

Though the poverty was sometimes so bad that people noticed and lent a hand, Reb Shmuel successfully never spoke of the stark reality of his financial plight to most outsiders, even to his beloved mentor Rabbi Yaakov Yitzchak, the Seer of Lublin.

One year before Passover, things reached a tipping point. Not a single kopek could be produced to purchase matzah, let alone four cups of wine for each member of the family. Reb Shmuel was distraught; even poverty, he knew, didn’t absolve them from observing the holiday’s mitzvot.

Miles away, the Seer of Lublin was aware of the situation. “Take whatever you can,” he commanded Reb Shlomo, a dedicated chassid with deep pockets, “everything necessary for a family to celebrate Passover, and send it over to Karov, to my student Reb Shmuel.”

Reb Shlomo hurried home, his Rebbe’s words buzzing in his ears. Although he intended to fulfill the request as soon as he arrived home, various difficulties delayed him. It was only hours before the holiday when he ordered his driver to begin loading the wagon.

Reb Shmuel sat in an empty beit midrash, but even the book before him couldn’t soothe his worry. It was noon on Passover Eve, and he and his family had nothing. His stomach churned painfully with every passing minute, hampering his spiritual preparation for the holiday. But his faith remained absolute. Suddenly, the door burst open and a child ran inside.

“Father!” the child panted, “a wagon just stopped outside the house, filled with good things. The man wants to start unloading it right away because he needs to hurry, and we don’t know whether we should accept it…”

Reb Shmuel bolted home with his child hanging off his sleeve excitedly, where he found a man busy at work, unloading Reb Shlomo’s generosity: matzah, wine, an abundance of food, and even clothing for the children, all neatly packaged.

“Who sent you?” asked Reb Shmuel.

“Shlomo the Magnate,” was the reply.

Several weeks of stress evaporated instantly. Reb Shmuel raised his eyes to heaven, whispered a short prayer, and beamed at his family. Passover this year would be different.

And different it was. Inspired by G‑d’s kindness, Reb Shmuel felt an overwhelming spiritual resurgence and decided to conduct this year’s Seder with all the possible Kabbalistic intentions and nuances. He paused at every paragraph, contemplated every meaning. The Seder was prolonged, but a special aura graced the proceedings. Even after reciting the Grace after Meals, Reb Shmuel’s enthusiasm didn’t dull, and the walls of his house shook heartily as he bellowed the songs of praise.

As morning began to peek from under the horizon, Reb Shmuel’s Seder finally concluded. But he didn’t feel tired, and he raced to the mikvah, eager to ready himself for the holiday prayers. Still far from waning, the excitement and gratitude lifted Reb Shmuel’s prayers to new spiritual heights. He swayed to a service unlike any other.

That evening, however, exhaustion finally overcame him. He had not slept for nearly two days.

When he returned home from prayers, Reb Shmuel informed his family he would take a short nap and that they should wake him in time for the second Seder. Of course, knowing the exertion Reb Shmuel underwent, they ignored his request and allowed him to sleep a little longer.

Close to midnight, Reb Shmuel awoke with a start. A glance at the clock sent daggers of fear into his heart, and he burst into the dining room, a look of panic in his eyes. Never had he neglected the mitzvah of eating the afikoman before midnight, even on the second night. Reb Shmuel dropped into his chair at the head of the table, rushed through the Haggadah, mumbling the words blankly, chugging the wine, and stuffing as much matzah into his mouth as he could chew at once. This Seder was devoid of any meaning as he battled the clock’s swiftly moving hand.

Reb Shmuel was ashamed. Surely even simpletons could conduct a better Seder than he had! Guilt haunted him for the remainder of the festival, and as soon as it concluded, he scrambled for the earliest opportunity to visit the Seer of Lublin. The gravity of his misdoing warranted rectification, which only the Seer could provide.

Before Reb Shmuel even opened his mouth, the Seer of Lublin said to no one in particular, as though thinking to himself loudly: “Let us examine Reb Shmuel’s Seders. The first was performed with fiery enthusiasm, though the spiritual commotion amounted to barely anything. The second, however… the broken heart and spirit have deemed this Seder extraordinary!”

The Seer of Lublin peered at Reb Shmuel, who stood wide-eyed.

“Your second Seder, done purely for G‑d and with nary the sense of self, has overturned the worlds above, as nothing has ever been experienced quite like this.”