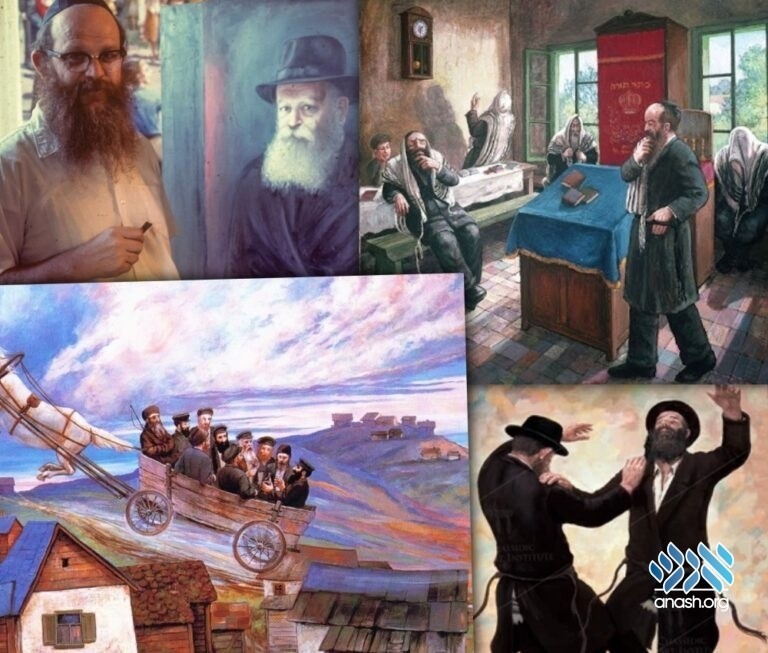 When both of his parents died of starvation, Russian authorities placed a young Zalman Kleinman in a state-run orphanage. It was a recurring dream that saved him and brought him back to Yiddishkeit. In honor of his yahrzeit on 18 Av.

Zalman Kleiman was born to Reb Yankel and Rivkah Kleinman in Leningrad. As a young child, Zalman Kleiman was separated from his parents and sent east in advance of the German army. Yankel, Zalman’s father, and his sister Ita, promised each other that whoever would survive would take care of the other one’s children. Yankel and Rivkah stayed behind and ultimately died of starvation during the siege of Leningrad in 1941-1943.

The next few years were terribly difficult for young Zalman, a young Jewish kid in a state orphanage. But a teacher there recognized and encouraged his talent for art. After the war, realizing that his parents were no longer alive he was to be adopted by a counselor at the institution. His sister Rochel (Zamir) was in a children’s home in Siberia and separated from Zalman all through the war, but they would keep in touch through letters.

Ita was married to Hatomim Moshe Sasonkin, HYD, who was soon arrested and sent to Siberia. As the wife of a “criminal,” she too was forbidden by law from living in Leningrad. When the war came to that city she managed to get on the last train and take her two children and head east. There she shared an apartment with non-Jews under very difficult circumstances. After the war, she was reunited with her shver, Reb Nochum Shamaryohu (Shmerel) Sasonkin and his family in Samarkand.

One night soon after, Ita had a dream that her brother came to her and reminded her about her promise that she made to him, that whoever remained alive would care for the other’s children. She worried about how could she manage to bring more children to her shver’s home at such difficult times, so she asked Reb Shmerel what to do. The dream repeated itself for three nights. When her shver heard her story he commanded her to go and get them immediately.

At that time, she received a telegram from a person at the institution – who was at odds with Zalman’s counselor – that if she doesn’t come right away the child will be adopted by a non-Jew! She then understood what the dreams were about.

After a long and treacherous journey, Zalman was brought back home to Samarkand and the Sasonkin home. By that time he had been quite attached to his counselor at the institution and had to be re-educated in Yiddishkeit. The counselor didn’t give up and would write letters and send books to young Zalman. With great chochmah Reb Shmerel managed to slowly break the connection between the two and slowly bring him back to Yiddishkeit.

Reb Shmerel did not fight with the boy. He simply convinced him that in order to know what he’s rejecting he must go to cheder and learn about Yiddishkeit, and if he chooses to reject their teachings, ch”v, then so be it. Soon afterward, Zalman celebrated his Bar Mitzvah with all of anash in Samarkand, and they were duly impressed with how much he had accomplished in the short time that he was there.