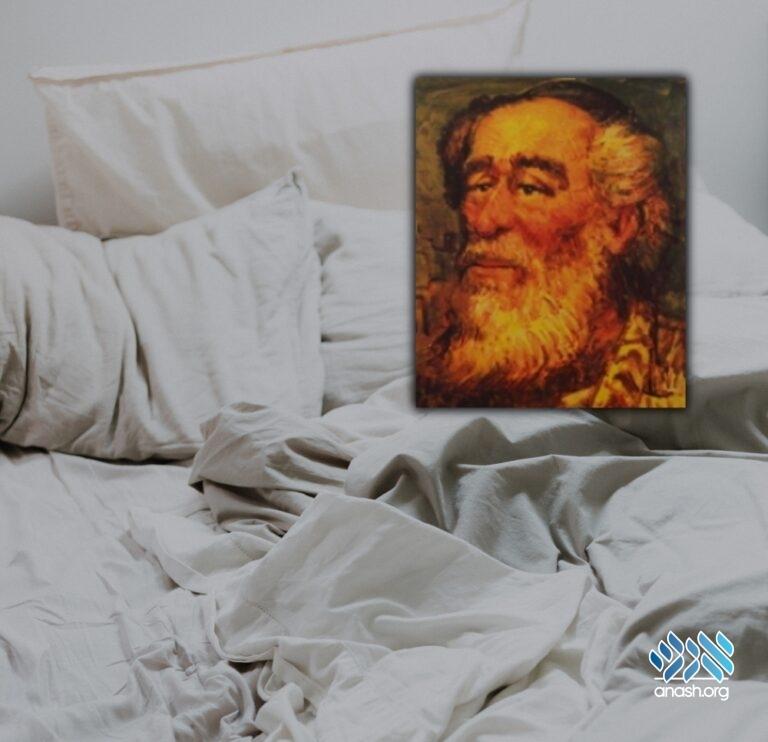 One Friday evening, as the Ibn Ezra was sleeping, he had a dream where he was delivered a message from on high. It led him to wage war against an interpretation of the Torah as presented by a contemporary.

The Torah portion of Kedoshim includes the verse, “You shall each revere your mother and your father, and keep My Shabbatot: I am the L-rd, your G-d.” The commentaries offer several explanations as to why Shabbat is juxtaposed with honoring one’s parents within one pasuk:

Rashi says that the verse is alluding to the Halacha that one may not desecrate the Shabbat even out of respect for one’s parents.

The Ibn Ezra says that the verse is teaching us that even children (who must be taught to respect their parents) must observe the Shabbat, as opposed to the other holidays which are not incumbent upon children.(By Rabbinic law the parents must educate their children to keep Yom Tov as well as all of the mitzvot. Regarding educating one’s children to observe, however, the Ibn Ezra’s opinion is that this is a Torah obligation.)

The Ohr HaChaim writes that the proper holiness of Shabbat can only be attained if a person guards his sexual purity, as Shabbat is related to Yosef HaTzadik who excelled in this matter. This relates to the mitzvah of honoring one’s parents as the biggest disgrace one can bring to one’s parents is if one sins in these matters.

The Rambam implies that one whose parents are absolutely wicked need not honor them or show them respect. This is only true if they sin flagrantly and consistently. An example of this is if they publicly desecrate the Shabbat. Thus, the meaning of the verse if that one needs to respect their Shabbat observant parents. (This applied in earlier generations when the people were educated in Shabbat observance in their youth; it does not apply when people are brought up with little or no Jewish education.)

In the times of the Ibn Ezra there was an individual who claimed that Shabbat begins on Saturday morning and finishes on Sunday morning. This became known to the Ibn Ezra through a fantastic dream (see below) who proceeded to disprove his proofs. Our verse alludes to this by mentioning the observance of Shabbat after the mitzvah to fear one’s mother and father. Just like the mother precedes the father in that verse, so too the night of Shabbat (which corresponds to the mother) precedes the day of Shabbat (which corresponds to the father).

Here is the story mentioned above as recorded in Igeret HaShabbat HaSheniya by Rabbi No’ach Levin (Warsaw 5660). The Ibn Ezra wrote: “I was sleeping soundly [on one Friday night] while I was in a city in an island at the end of the earth. In my dream a man appeared to me holding a sealed letter. The man said to me, ‘Take this letter that the Shabbat sent you.’”

“I bowed to Hashem and blessed him for granting me this honor. I held the letter in my two hands with great trepidation. And when I read it, it was sweet like honey.”

Here is the text of the letter sent from the Shabbat to the Ibn Ezra, written in the form of a poem.

I am Shabbat, the crown of the precious religion, fourth of the 10 Commandments.

I am a sign between G-d and His children, an eternal covenant for all generations.

All of G-d’s actions were completed [before Shabbat], as is recorded in The Beginning of all the books.

The Manna did not fall on me, so that I can be a sign for the teachers.

I am a pleasure for those alive on the Earth, and a respite for those dwelling in their graves.

I am a delight for both males and females; The elders and the youth both rejoice on me.

Mourners do not mourn on me, nor are eulogies given for the righteous who pass.

Slaves and maidservants find quiet on me, as well as the strangers in the gate.

All animals owned by man rest on me, horses, donkeys, and oxen.

All wise men sanctify me with wine, and those important and distinguished ones recite Havdalah.

On every day one finds a measure of wisdom, but on me, one hundred measures.

I am honored from people journeying and am prepared from those who would do their [weekday] affairs or speak [mundane] words.

I will guard you from all sin because you guarded me from your youth.

But in your old age, a mistake was found in you because books were brought to you.

Where it says to desecrate the seventh day, and how can you not take vows [to prevent this]?

To write letters about the true faith, and send them in all directions.

“When I read these lines, my heart pounded and my soul almost expired. I asked the man, ‘How have I sinned and what have I done wrong? From the day I recognized the great and awesome G-d who created me and taught me His commandments I have loved the Shabbat. Before it begins, I go out, wholeheartedly, to greet it. When it departs, I see it off with joy and song. Who among all of your servants is as faithful to Shabbat [as I am]? So why did you send me this letter?’”

“The messenger of Shabbat responded, ‘It was told to me that yesterday a student brought books which interpret the Torah. There it is written to desecrate the Shabbat. You must now strengthen yourself for the sake of honoring the Shabbat to fight the Torah battle with the enemies of Shabbat. Do not show favor to any man!’ I then woke up.”

“With my heart pounding and my soul disturbed, I washed my hands and I took the books outside to read by moonlight. (This occurred on Friday night so the Ibn Ezra could not light a candle.) Behold, it was written in the interpretation of ‘And it was evening and it was morning’ that the day was only completed when the next morning began, i.e., that the night follows the previous day. [This can be misunderstood to mean that Shabbat begins on Saturday morning and ends on Sunday morning. See below] I nearly ripped my clothing and ripped this book. I said to myself, ‘It is better to desecrate this Shabbat [by ripping this book] rather than have the Jewish people desecrate many Shabbatot with this wicked interpretation. This would make us the laughingstock of all of the nations [were we to accept this absurd interpretation].”

“For the sake of honoring the Shabbat, I refrained [from ripping the book]. I vowed that I would not go to sleep after Shabbat until I wrote a lengthy letter to explain when the day begins according to the Torah. [This] in order to prevent a stumbling block and a snare. All Jews, both the Pharisees and the Sadducees, know that the whole purpose of the recording of the story of every day of creation is so that we, those who observe the Torah, will know how to observe the Shabbat when G-d rested. This is why we count the days of the week as we do. If Friday does not finish until the next morning, then all days of the week should be counted in this manner. This interpretation makes all of Israel tremble. Both in the east and in the west. Those that are near and those that are distant. Both those alive and those who have passed on.”

Don’t Believe It, Repeat It or Print It

In his commentary to Gen. 1:5 (which was not included in many of the printed versions of the Rashbam) the Rashbam writes:

“’And it was evening’ – when the sun set ‘And it was morning’ – the morning after the night was over – i.e. dawn, that is, when the first of the six days of creation was over… Then the second day began. And G-d said let there be heavens… The Torah is explaining how these six days were. When the morning began and the night was over, that is when the first day was finished and the second day began.”

Based on this interpretation there were some communities who began observing Shabbat from Saturday morning until Sunday morning. Specifically, there was a community in Cyprus that began to observe Shabbat in this manner. They were excommunicated by the rest of the Jewish community.

Did the Rashbam Mean this?

Certainly, the Rashbam did not intend to change the way or the time Shabbat was observed. Rabbi Menachem Kasher explained that, according to the Rashbam, the system of the night following the previous day was only in place until the Torah was given. At that time, our calendar was changed and the day instead began at night and finished at the end of the next day. He cites many proofs to this effect.

Nevertheless, the Ibn Ezra felt the need to battle against the interpretation of the Rashbam as it could be (and was) misconstrued to change the way Shabbat is supposed to be observed.

May we merit to observe Shabbat properly and to be protected on it and by it from all harm.