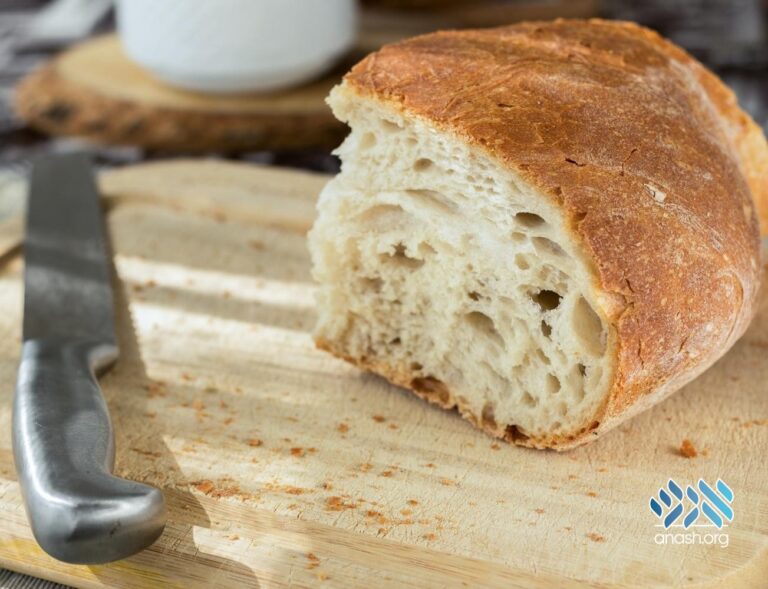 Both the rules of bishul akum and pat akum are Rabbinic safeguards to protect against intermarriage. Nevertheless there are several differences between these Rabbinic enactments. Rabbi Aryeh Citron lists eight of them.

Both the rules of bishul akum and pat akum are Rabbinic safeguards to protect against intermarriage. Nevertheless there are several differences between these Rabbinic enactments. Eight of them are listed below.

Several of the commentaries say that these decrees were made at different times.

Reason for the Prohibition – Intermarriage or Kashrut

Although everyone agrees that the reason the sages forbade pat akum is that it might lead to (social interaction which can lead to) intermarriage, some say that they forbade bishul akum for an additional reason. Specifically, Rashi (Avodah Zarah 38a D.H MiDeRabanan) writes that the rabbis forbade it as otherwise one might become accustomed to eating food cooked by gentiles which might lead to eating nonkosher food. (Bread, on the other hand, is a simpler food which was generally made with only kosher ingredients.) The Aruch Hashulchan (113:2) points out  that Rashi writes elsewhere (Avodah Zarah 35b D.H. Vehashlakot) that the reason for the decree against bishul akum is to prevent intermarriage. As such, it is clear that Rashi holds that the sages had both reasons in mind when they made the decree, the kashrut issue and the intermarriage issue. This explains (according to Rashi’s opinion) as to why the rules of bishul akum are stricter than those for pat akum as the additional reason for bishul akum (not coming to eat unkosher food) is a cause for additional strictness.

Some say (Tosfot D.H. Michlal on Avodah Zarah 35b) that the decree against pat akum was repealed by the sages when they realized that it was too difficult to keep as bread is a staple of life and Jewish-baked bread is not alway available.

Others say (Mordechai Avodah Zarah ot 830, based on Jerusalem Talmud Avodah Zarah 15a and b) that the decree was partially repealed in that the later sages permitted the consumption of pat palter (bread of a non-Jewish baker, see below). [According to Rabbi Yosef Karro, this leniency only applies where no Jewish bread is available whereas according to the Rama this leniency applies in all situations (see Y.D. 112:2).]

Baker’s Bread Permitted but Not a Caterer’s Food

The halacha states that, under certain circumstances, one may eat the (kosher) bread baked by a gentile baker in a commercial setting, as eating this bread will not lead to any social interaction. This is called pat palter, bread of a baker. It is unlike bread baked by a private citizen which is usually shared by only a small circle of friends and family.  (See here for the various opinions on the scope of this halacha.)

No such difference was made in terms of the laws of bishul akum.  As such, when a non-Jewish caterer cooks food, the food is considered bishul akum. This is true despite the fact that the customers and the caterers do not (generally) have much social interaction at all. The reason that no difference is made regarding bishul akum as it is with pat akum is that the sages did not generally make exceptions to their decrees out of fear that such exceptions could lead to confusion. This idea is called lo plug (they did not differentiate).  On the other hand, they did differentiate in regards to bread because bread is a staple of life and they recognized the need to allow it so that people would have food to eat.

It is noteworthy that the Mahari Tzahalon (responsa 161) writes that the leniency of pat palter also applies to bishul. But the Chida (in Birkei Yosef 112:9) proves that both the early and late authorities (Rishonim and Acharonim) reject this view. Despite this, the Minchat Yitzchak (3:26:6) takes the opinion of the Mahari Tzahalon into account in some cases.

When a  Jew Does Not Observe Shabbat

There are differing opinions as to whether bread baked by a Jew who is not Shabbat- observant is considered pat akum. The reason for the lenient opinion is that there is no issue of intermarriage with the daughter of a non-observant Jew as she is 100 percent Jewish.

In practice, however, it is advisable to have a Shabbat-observant Jew be involved in the baking of bread in order for the bread to be considered pat yisrael (Jewish bread). After the fact (bedieved), there is room to be lenient regarding this question (see Igrot Moshe Y.D. 1:45).

In terms of bishul akum there is more reason to be strict regarding this question as the reason given by Rashi (that it may lead to eating nonkosher food – see above) also applies to food cooked by non-religious Jews (Tefilah LeMoshe quoted in Pit’chai Teshuvah on 113:1).

The halacha (Y.D. 112:9) states that bread can be considered pat yisrael if a Jew ignited the fire (or added fuel) in the oven where the bread was baked. Regarding bishul yisrael, however, Rabbi Karro rules (113:7) that a Jew must actually place the food on the fire or stir the food and it is not sufficient for him to merely light (or add to) the fire. Although the Rama disagrees and is lenient in this regard, Sefardim accept the more stringent ruling of Rabbi Karro (Kaf Hachaim 53 on Y.D. 113). Thus the definition of bishul yisrael is different for Sefardim and Ashkenazim whereas this difference does not exist regarding the definition of pat yisrael.

The laws of bishul yisroel apply only to foods fit to be served at a king’s table as the sages felt that sharing such foods could lead to increased social interaction (Y.D. 113:1). Whereas they did not apply these rules to simpler foods which are not fit for a king’s table since the sharing of such foods are not important enough to lead to significant social interaction. According to most opinions (see Chelkat Binyamin 112:1 Biurim D.H. Vegam), this leniency does not apply to bread. As such, those who are careful to eat only pat yisrael must make sure that all foods which are halachically considered bread (this may include some foods whose blessing is Mezonot, see here) must be baked by a Jew. This restriction would apply to pretzels and similar snack foods.

The Avnei Nezer (Y.D. 92) is lenient in this regard, but most opinions disagree with his view (see Chelkat Binyamin ibid).

If one is in a place where he cannot get pat yisrael, he may eat the bread of a non-Jewish baker (pat palter) or, if that’s not available, even the (kosher) bread baked by a private non-Jew (see Y.D. 112:8). This is also true for people who are usually strict regarding pat yisrael. (See Y.D. 112:16 regarding how far one must travel to get pat yisrael.) Similarly the consumption of pat akum is permissible in certain situations in order to avoid disputes (see Y.D. 112:15).

These are special leniencies given by the sages which enable people to eat bread – a staple of life. As such these leniencies do not apply to bishul yisrael. As such one would be allowed to consume bishul akum only if one’s life was in danger (see Chelkat Binyamin 112:2).

The only exception to this rule is that a gentile may cook for a seriously ill person on Shabbat (even if he is not dangerously ill) as in that case a Jew cannot cook for him since it is Shabbat (Shulchan Aruch HaRav 128:19) since his life in not in danger.  In such a case the rabbis ruled leniently to enable the sick person to eat some hot food.