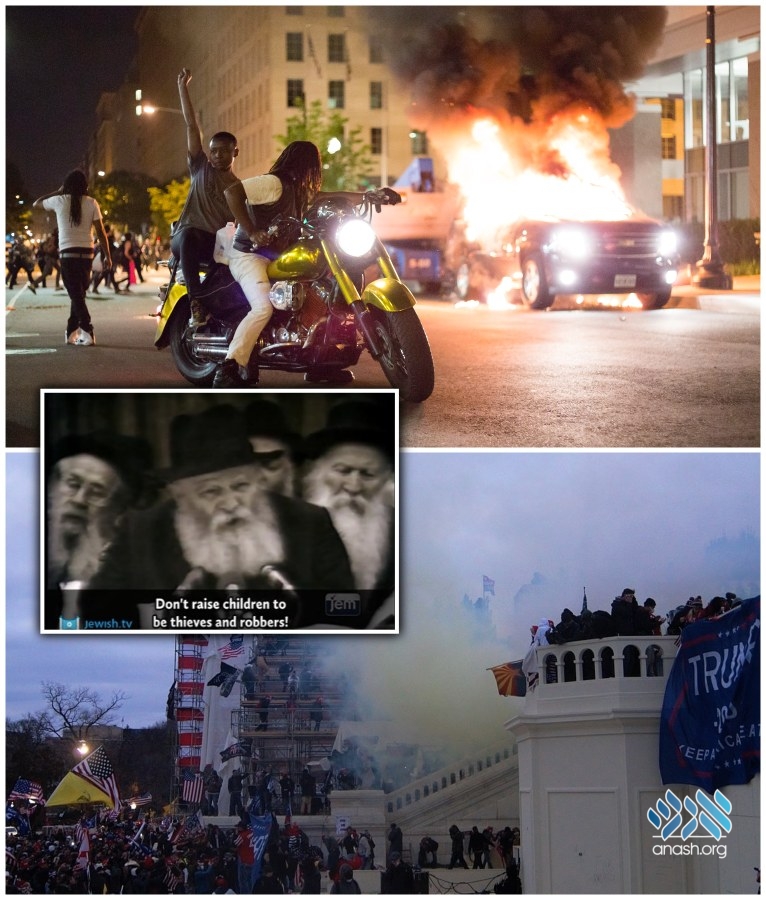 A growing issue today is the fear of parents to discipline their children and teach them self-restraint. In this must-read talk, the Rebbe speaks in no uncertain terms about teaching discipline and self-restraint and the havoc that results when they are held back.

A growing issue today is the fear of parents to discipline their children and teach them self-restraint.

One issue is the notion that education is about the acquisition of knowledge that has penetrated even the frum community. Often mastery of content is prioritized over a student’s character.

A greater and more recent challenge is the fear of modern parents and educators to dictate anything to the youth, with the argument that we need to “accept” them in their struggles.

In this talk from Yud Beis Tammuz 5741 (1981), the Rebbe speaks in no uncertain terms about the obligation to teach discipline and self-restraint, and the havoc that results when they are held back.

Children today are being taught what they can accomplish by behaving immorally. Parents bring the “infamous machine” [television] into their home, which should not be mentioned by name at a farbrengen, and they tell the child that since he or she was a “good boy” or “good girl” – for not hitting their teacher… They consider this an “achievement” – the child deserves to be rewarded by turning on the “toy” so that he can watch whatever interests him.

What does he see there? That if he is a “smart boy” – and his parents told him that he is as smart as can be! – he can get whatever he wants. When the parents are challenged, they respond that the Constitution states that we may not interfere with an individual’s freedom. How then can anyone tell them what to do?

Did You Check their Education?

I met with the governor of New York, and I asked him: “You were the Attorney General for many years. Why is it that despite you doing all that you can the crime rate has increased tremendously?” He just smiled. I then told him that perhaps there was a change in how children are being educated.

The most obvious change in education is that in earlier times, parents believed in a Creator of the World and that the world isn’t a free-for-all. They didn’t need the school to inculcate faith into the children. The child had it naturally; that’s how he was raised and that’s what he observed in his parents, grandparents and siblings. As the years passed, this was less emphasized, yet it was still a standard practice to pray and offer thanks before or after eating, and before going to bed.

Later, the school played an important role in inculcating faith. Whether it was part of the curriculum or not, teachers, being mostly believers, influenced the children with their way of speech and conduct so that it did not have to be formally taught. They transmitted to the students that there is a G-d who is greater than the “smart child,” and the child must conduct himself properly out of fear of G-d.

Recently, however, destructive people decided to throw faith out of school R”L!

Five or ten years ago no one dreamt that a student would hit a teacher. But recently, it has become an “accomplishment” for a school to note that there were only several incidents of students hitting their teachers. In actuality, there may have been many more that teachers were afraid to report, since instead of throwing out the child, the teacher will be fired. [And the teacher wasn’t taught that for one’s parnasa one may not raise criminals.]

They have made an “idol” out of this ideology: it is untouchable, it must be bowed to, and one must “sacrifice” the children to it! Generations of children are being sacrificed to this ideology that a child should not be told that there is Someone above him – “an eye that sees, an ear that hears,” and his actions are repaid with good for him and his family, or the opposite.

There is no need to look for irrelevant solutions when the cause is obvious. And if it isn’t resolved immediately, it will only become worse.

The first step is not to wait until the child becomes a danger to society, at which point he must be jailed, costing taxpayers an exorbitant sum. Even in prison, he is busy trying to be released sooner so that he can continue on the same path…

So, the first step is to avoid the illness from the outset: Don’t raise children to become criminals! Teach the children that there is “an eye that sees and an ear that hears”!

The parent argues: “I’m not raising a criminal; I teach him to go on the correct path.”

Yet, he is setting the child up for that, since he raises the child to think that he can get whatever he wants. This is a person you’re dealing with, and as much as you give them, they will always want more.

This problem exists both among Jews and non-Jews; it’s become an epidemic R”L.

Being cornered with these arguments, they came up with a “religion” called “Human Rights”: You cannot tell parents that there is a G-d who has more “rights” that humans. If someone insists that he wants someone else’s belongings, you should not say anything. If you must, say it softly, but don’t mention punishment.

It is irrelevant whether they actually tell the child to go and take someone else’s property or not. Tragedy results by raising the child with the mindset of “me and no one else,” that he can have what he wants regardless of all the other children.

Hashem blessed this country with bountiful “external” wisdom (“chochmos chitzoniyus,” secularwisdom). This wisdom can produce “external” inventions which – like every part of Hashem’s world which was created for His glory – can be used to increase purity and refinement in the world. But instead, they say not to mix in to a child’s life. The child is educated “according to his way” – in this case being his negative side – so that when he becomes older, he will continue on that negative path…

From the outset, the child must be told that good conduct requires sacrifice. He shouldn’t think that as a result of his good behavior he will get what he wants, rather he should be told that it isn’t beneficial for him to succumb to his desires.

When an expert in physical health says that a certain food is harmful and dangerous, even if it looks enticing and is honey-coated, you won’t argue. Not because you know medicine yourself, but because you rely on the expert who studied for many years to discern between what is enticing and what is beneficial.

If we conduct ourselves so in physical health, how much more so should we do for emotional wellbeing. Yet, when it comes to emotional health everyone considers themselves an “expert”!

If someone comes along and offers advice, parents don’t verify whether he lived his life righteously – in which case he can be trusted with the most precious thing that parents have, their very own child – rather they ask for his diplomas. It’s of no difference to them how he conducts himself. He’s handed a class and appointed their “authority,” since the students rely upon him for guidance. Yet the teacher demonstrates in his private life who he really is!

Hashem is the source of kindness, and along with the yetzer hara, He gave every parent and educator the strength to overcome the darkness of the material world and illuminate it with the light of Torah.

Those in leadership positions must recognize their primary responsibility to ensure that they are raising healthy people. And it isn’t possible to be physically healthy without emotional and moral health. This was already phrased in Latin thousands of years ago.

A doctor dispenses all sorts of pills, but he doesn’t mention that for the body to be healthy, one must have a healthy soul. That is much more vital than pills and treatments.

The doctor argues that there are “Human Rights” and he can’t meddle in someone else’s beliefs. What do you mean?! You need to make the body healthy, and you know that it requires a healthy soul! He can’t be healthy with a “split soul”: half of him is being pulled towards pleasures, (including going against the doctor’s orders), while his soul yearns for at least some measure of spirituality.

Whoever has influence in education should see to it that every day should begin with an announcement that there is “an eye that sees and an ear that hears” of Whom one cannot hide or outsmart. Then, one can teach other things, which as important as they are, come secondary to the foundation. Without the “foundation,” the entire “building” has nothing to stand on.

This is the first responsibility and the greatest merit. One should not wait for the child to mature and make his own choices, rather one should begin training the child from a very young age, not to behave like an animal that kicks, but like a human being who acts humane and makes the world a place where people can live humanely.

And if one tries, it is a sure thing that they will succeed.