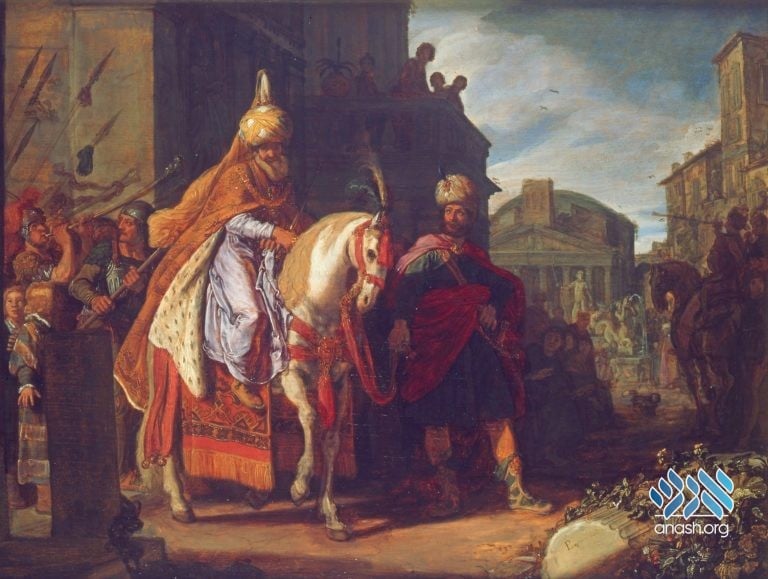 In 5743, the Rebbe spoke about the date of 23 Sivan, today’s date, and said that in line with with what happened on this day during the Purim story, Hashem grants any request on this auspicious day.

The Rebbe said: “The Megilla relates that on this day, the 23rd of Sivan, after the hanging of Haman, ‘V’yikaru sofrei haMelech- the scribes of the King were called‘, and they wrote whatever Mordecai commanded.

“Mordechai drafted a royal decree giving the Jews the license to defend themselves and kill all who rise up against them to kill them, nullifying the previous decree of annihilation.

“The decree was dispatched to all 127 provinces of Achashverosh’s empire. (Book of Esther, chapter 8). This led to the Jewish people knowing how to defeat their enemies on the 13th of Adar which was then followed by the celebration of Purim.

“Everything from the Torah is eternal, repeating itself each year. This above mentioned decree of Mordechai also repeats itself every 23rd of Sivan. Today the scribes are being called again to draft a a royal decree, the ‘scribes’ being the scribes of Hashem, who is called Achashverosh, being that acharis v’reishis shelo, all belongs to him.

“The sofrim write whatever Mordecai asks. Every Jew is like Mordecai who doesn’t bow to anything against the Torah.

“On this day, the 23rd of Sivan, every Jew, even though they are in galus as Mordecai was, and even though there is a darkness, as there was during the decree of Haman, nevertheless, every Jew has the power to accomplish what he wants, the same way Mordecai accomplished. We can request what we want and our will granted by Hashem Himself.”

As the world shakes from one event after the next, the Rebbe’s holy words reverberate today more than ever. May we utilize the special day to daven for everything we need, and especially the one real solution, the coming of Moshaich.