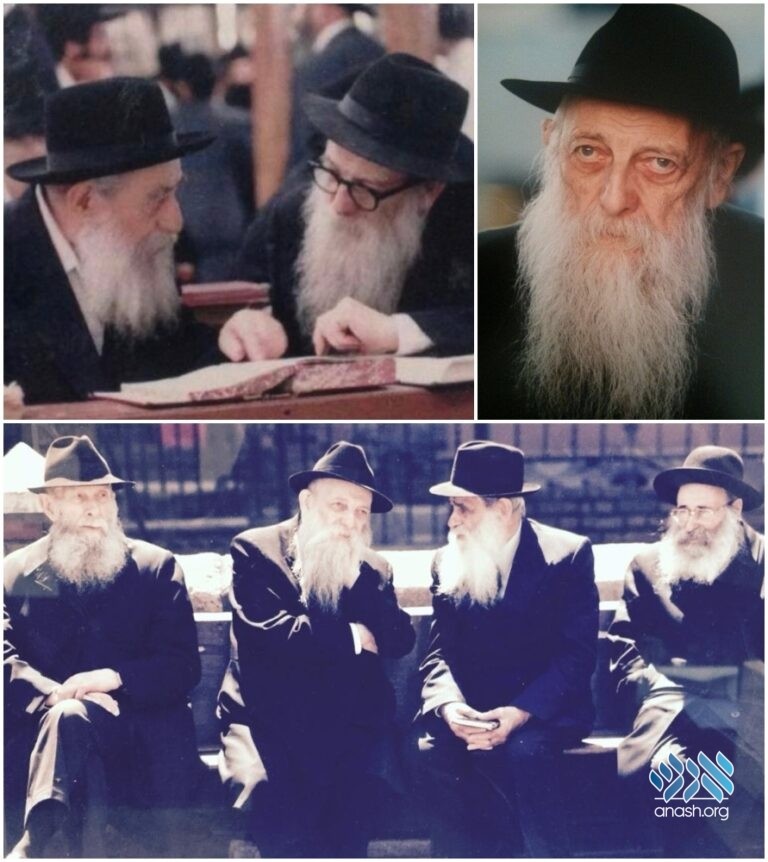 The 17th of Elul marks the yahrzeit of the legendary chossid R’ Meir Itkin, about whom the Rebbe said: “he knows how to do a favor for another Yid”. Read a short biography of his life.

Reb Meir Itkin was born to his parents, R’ Chaim Schneur Zalman and Sheina Itkin, on the 20th of Tammuz, 5671 (1911). His birthplace was the vaunted town of Nevel, a legendary “shtetl” in Russia known for its historically large population of devoted, fiery Chassidim.

On the 29th of Adar 5680 (1920) as R’ Chaim Schneur Zalman was returning to Nevel with a cart full of goods, robbers jumped on him and robbed him of everything he had, threatening to kill him. He ran home and told his wife to take in Shabbos early. She lit candles and they had the Shabbos meal. That night he passed away. He was only 36 years old.

His funeral was held on Motzei Shabbos. That night his wife dreamed that he came to her and asked for his kapota. She asked him why, upon which he answered: I was in Heaven for a very short time and I saw many souls running to one place. When I asked them where they were running to, they told him that the Rebbe Rashab was coming. A few days later the people of Nevel learned that the Rebbe was nistalek that Motzei Shabbos, 2 Nisan.

In his youth, R’ Meir studied in various underground Yeshivos in the towns of Nevel, Polotzk and Vitebsk. He received his chinuch from several great chassidim, including the renowned mashpia R’ Zalman Moshe Yitzchaki and the Rosh Yeshivah R’ Yudel Eber hy”d.

In 5689, after receiving information that the KGB were set on arresting him, R’ Meir escaped to Yekaterinoslav (Dnipropetrovsk), home of Harav Levi Yitzchok and Rebbetzin Chana Schneerson, parents of the Rebbe. Many years later, R’ Meir could still recount his memories of a special Sukkos farbrengen with Reb Levi Yitzchok. Alas, after only two weeks there the KGB was able to uncover his whereabouts, and it was only through miracles that he was able to escape.

On the 6th of Adar, 5701 (1941), in the city of Leningrad, R’ Meir married Sima Chasia Raskin, daughter of the noted chossid R’ Yitzchak Raskin hy”d, who was killed al kiddush Hashem by the Communists for his “anti-revolutionary” activities of spreading Yiddishkeit.

As the front of WWII drew close to Leningrad, the young couple fled to Samarkand, Uzbekistan. During their stay there, they devoted themselves devotedly to their fellow Yidden in every way possible. While there, R’ Meir discovered that a certain Yid had in his possession vessels that belonged to the Baal Shem Tov and that he was looking to sell them. R’ Meir bought them for 3000 rubles, an astronomical sum, waiting for the opportunity to send them to the Frierdiker Rebbe.

When an opportunity arose to escape the Soviet Union in 5706 (1946), R’ Meir and Sima were one of the many families that crossed the border on the dangerous and daring journey to freedom. After crossing the Russian border on 10 Kislev, the chag hageula of the Mitteler Rebbe, R’ Meir went to a nearby store and bought some bottles of mashke to farbreng with his fellow chassidim.

After a difficult journey, they made their way to Paris. In 5707, the (future) Rebbe traveled to Paris to visit his mother, and travel with her to the USA. During the visit, the Rebbe held a number of farbrengens, and R’ Meir attended each one. He then approached the Rebbe and asked him to take the Baal Shem Tov’s vessels to the Frierdiker Rebbe, and the Rebbe agreed. Upon his arrival in the USA, the Rebbe confirmed to R’ Meir via letter that he gave the vessels to the Frierdiker Rebbe.

In 5713 (1953), R’ Meir and his family made it safely to the United States, spending several years in Philadelphia, PA, before moving to Crown Heights.

In 5727 (1967), with the Rebbe’s bracha, the Itkins purchased the home directly adjacent to 770. The home soon turned into a center of hachnasas orchim, with many guests of all stripes and types being graciously provided for with a smile.

When a certain fellow told the Rebbe in yechidus about a challenge he was facing that required help, the rebbe said “gey tzu Mier Itkin er veist vi tzu tahn a Yid a toiva” – “Go to Mier Itkin, he knows how to do a favor for another Yid”.

Many chassidim still fondly recall the special sight one could see in 770 when R’ Meir would study together with his senior friend R’ Yudel Chitrik while well into his nineties. They would learn with great concentration, not paying any attention to the common “tumel” around them in 770.

On Friday night, the 17th of Elul 5767 (2007), almost exactly two months after his ninety-sixth birthday, R’ Meir returned his soul to its Maker, surrounded by his family and relatives.