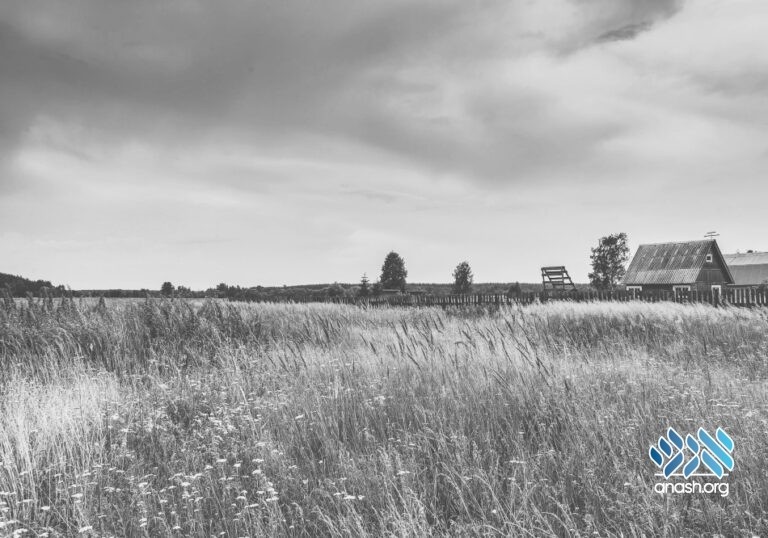 R. Zalman Scherbiner, whose field supplied wheat for the Rebbeim’s matzos, was promised parnassa by the Rebbe Maharash if he moves to a quiet village where he could devote time to learning. Years later, R. Zalman could not even handle the ‘commotion’ of the town Lubavitch…

R. Zalman Scherbiner was a chossid of the Tzemach Tzedek, Rebbe Maharash, and Rebbe Rashab. A son-in-law of R. Yehoshua Eliyahu, the Rov of Horki, R. Zalman was a talmid chochom with broad Torah knowledge, and a generous baal tzedakah. He lived in Scherbine, a small farming settlement not far from Lubavitch, and the Rebbe Maharash and Rebbe Rashab would visit him every year to harvest wheat for matzos. The Frierdiker Rebbe heard many stories from R. Zalman, before his passing in approximately 5654.

R. Zalman was one of the “Zeideh’s Yidden,” a close chossid of the Rebbe Maharash. He was a villager, and was fluent in much Gemara, as well as Chassidus and Kabbala.

The Rebbe Maharash would often send a baalabus to live in a village, telling them, “If you want bread and long life, I’ll guarantee it for you, provided that you live in a village – far from the commotion – so you will have time to learn” (there were others who were given instructions to invest heavily in business). R. Zalman would say that he can’t handle the ‘commotion’ in the town of Lubavitch…

My father, the Rebbe Rashab, enjoyed the “Zeideh’s Yidden.” After he passed away, my father said: “I believe that Zalman experienced gilui Eliyahu, yet he didn’t recognize what it was.”

Although he was a chossid and lamdan, fluent in Shas and with ample knowledge of Yerushlami and Tur, and fluent in Zohar, Kisvei Arizal and all available sifrei Chassidus, he was known among chassidim simply as “Zalman Scherbiner.”

When I met him, he was over seventy and his countenance was indescribable; his face expressed great intelligence and good, easygoing middos. He was a classic old-time wise yishuvnik.

From R. Zalman, I heard tens of stories about life during the fourth and fifth generations of Chabad. When R. Zalman told a story, he would first describe the time, place, and circumstance in which the story occurred, giving the listener a full picture of the event, so that he could envision the Rebbe in the story sitting right there. Then he would proceed to tell the story exactly as it happened without embellishment or commentary.

I recall one Chanukah night, when the elder chassidim – Rashbatz, R. Hendel, R. Aharon and R. Yekusiel of Dokshitz, and R. Zalman Scherbiner – sat together, and shared memories of their years in by the Tzemach Tzedek.

Suddenly, R. Zalman Scherbiner stood up and began to sing the niggun with which the Tzemach Tzedek davened Mussaf on Rosh Hashana. At that, the others all stood up and sang together with him. When they came to the passage of “ashrei ish shelo yishkochecho,” they became impassioned and tears flowed down their cheeks. It was apparent that they were reliving the episode and they felt themselves standing before the Rebbe and watching him daven.