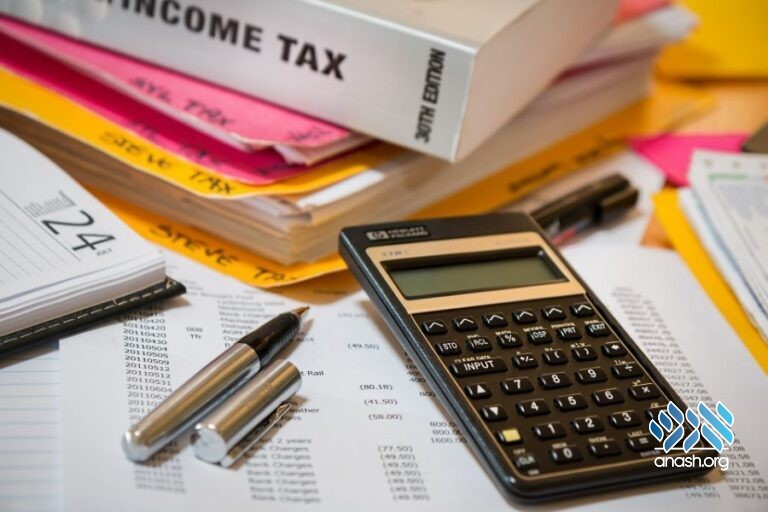 Article by Rabbi Chaim Chazan: Without us realizing, the standard of living among the frum community has risen dramatically in the past few decades. Is the comfort of a bourgeois lifestyle worth the menuchas hanefesh it costs?

While studying in Yeshivas Toras Emes in Yerushalayim, I wrote an essay on an issue in halacha for a kovetz the yeshiva was publishing. I asked my maggid shiur R’ Chaim Sholom Deitch to review it. He declined, saying that he had no mental space to think about topics other than what he was teaching. At the time I found it puzzling. Why couldn’t he take 20 minutes and read it through?  Had he told me that he had no time, I would have understood. But why couldn’t he read something unrelated to what he was teaching?

Today I think back to that episode and I can relate to R’ Chaim Sholom. There is time on a clock and there is time in one’s nefesh.

It seems that the greatest challenge to avodas Hashem in our generation is the lack of menuchas hanefesh and mental space required to live an ideal frum life. In order to accomplish any task, whether to learn, daven, do homework with a child, have tea with one’s spouse, draft an email for work, or make a shidduch phone call for a friend, one needs to stop and focus, which can be difficult under pressure.

This isn’t a new challenge; the Alter Rebbe talks about the mabul of tirdos haparnasa (earning a living). Still, I contend that the problem has been exacerbated in recent times.

When discussing this issue there are several valid approaches one can take. Hashem desires to be served by preoccupied people in the midst of their busiest time. He has plenty of malachim with endless menuchas hanefesh, yet He chose the Yidden. Still, one needs some measure of serenity to optimally perform one’s duties as a Yid.

Torah, and specifically Chassidus, give several tools to manage the stress of balancing life’s competing demands. The challenge is that these solutions require serenity to implement. It’s a “catch-22.”

Obviously, recognizing that Hashem runs the world in every minor detail and having bitachon that He wants the best for us brings about more space in one’s brain. The daily frustrations become more manageable. But to attain that attitude one must learn Chassidus and daven, which requires mindfulness.

I don’t know of a perfect solution, but part of the problem seems to be self-inflicted, and even a partial answer is better than none.  Small practical changes can have outsized results.

A yungerman told me that he decided not to touch his phone for the first hour after he comes home in the evening. The Rebbe spoke many decades ago about not answering a regular phone in the middle of learning. How much more so is this phone-free time necessary today! It allows one to be in the present.

Perhaps an overarching change in attitude can also help.

A Yid is pulled in several directions. The effort to make a parnasa; responsibility towards family – being mechanech one’s children and sholom bayis; one’s own avodas Hashem; and finally, one’s dedication towards others – friendship, askanus, ahavas yisroel and mivtzoim. The balance between these conflicting responsibilities depends on one’s values.

Without us realizing, the standard of living among the frum community has, perhaps in line with the general population’s consumerism, risen dramatically in the past few decades. When I grew up, most chassidishe Yidden drove old beat-up station wagons – ‘chassidishe cars’, as we called them. Today, a well-to-do businessman and a chassidishe yungerman drive the same Toyota Sienna or Honda Odyssey. As kids, we bought certain yogurts only for Shavuos. The rest of the year some items were for “gevirim.” Is it common to penny-pinch on buying yogurt today? There is a long list of luxuries that were simply unavailable to the frum community not so long ago.

Leading such a lifestyle forces one to place primary effort on parnassa, which leads to a lack of menuchas hanefesh. This is a choice we are making. Living in Ukraine, I had seen people make do with much less than is common in the U.S.

I’m not denying that a great many have genuine difficulty supporting a large family on a small salary and I know tuition and making weddings are exorbitant. I live on the same planet. But for many, some of the difficulties seem to be a result of a choice.

The Rebbe saw large families as a choice and encouraged us to value more children over certain comforts. Similarly, we should value more serenity over a middle-class lifestyle. Time with family is a greater value than a higher standard of living. Learning and davening should surely take precedent. But we have forgotten we are making a choice. We’ve simply accepted that this is how people must live in America.  Instead of living better  with more menuchas hanefesh and simcha, we trade it in for a new deck set for the porch.

In the words of Chazal “Yeshivas krachim kosheh,” city life is difficult. For some people, it’s a choice to live the hectic lifestyle of a large city to earn more. Where did the majority of Yidden live before immigrating from Eastern Europe? In shtetlach. ‘City life’ and a bourgeois lifestyle are choices that erode the serenity and mindfulness that allows us to apply the advice of chassidus. With a simpler life, we reclaim our menuchas hanefesh and enjoy better living in body, mind and spirit.