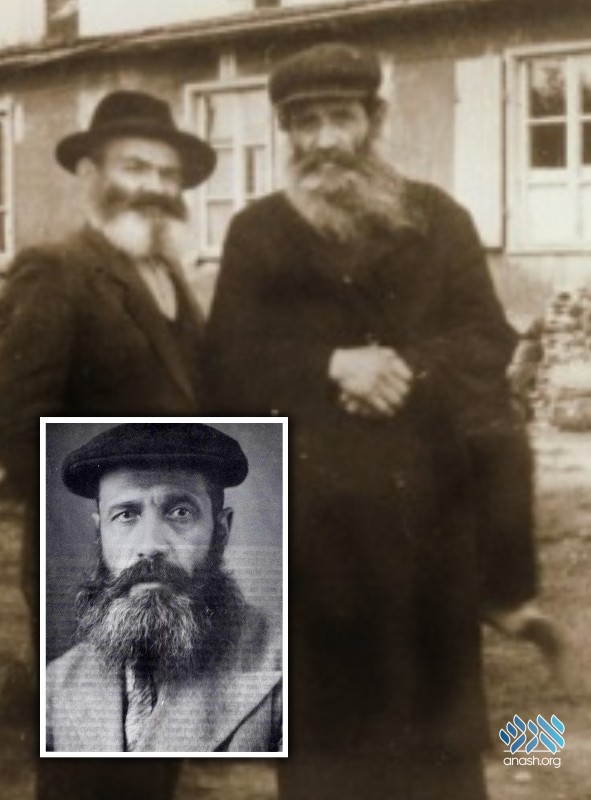 Reb Yisroel Levin “Neveler” was the quintessential chassidishe melamed who lived and breathed Torah and Chassidus. He was put in prison, and when released, he threatened to return there…

Reb Yisroel Levin “Neveler” was born in the year 5645 (1885) in the chassidishe town of Nevel. He studied for many years in Lubavitch and became a lamdan, as well as a great maskil in Chassidus. After his marriage to the daughter of Reb Mordechai Pevzner, he settled in the city of Klimovitch. The Frierdiker Rebbe advised that he should be accepted as a melamed in order for “the children to know what a chassidishe melamed is.”

As a young chossid, Reb Yisroel was respected and given a place of honor among the chassidim. After the histalkus of the Rebbe Rashab on 2 Nissan 5680/1920, Reb Yisroel, who was just 34 years old, was chosen among the distinguished chassidim to guard the Rebbe’s holy body and to decide where the ohel should be.

In Elul 5698 (1938), Reb Yisroel was arrested by the NKVD and was held in prison for over a year, enduring painful interrogations. Friends of the family suggested to Reb Yisroel’s wife to send their little daughter to the communist schools, hopefully resulting in his release or a reduction of his sentence. The little girl began attending the school and a short time later Reb Yisroel was indeed released and he returned home.

The following morning, he noticed his daughter carrying a knapsack and heading for the door. He inquired as to where she was going, and the little girl responded, “To school. Friends told mother that if I go to school you might be freed and that’s exactly what happened!” Reb Yisroel replied firmly, “If this is the condition that warranted my release, I would rather stay in prison!”

There was a period of time when Reb Yisroel had a quasi-restaurant in his own home, where he would provide food for chassidim and travelers who looked for a meal of unquestionable kosher standards. Reb Yisroel would sit with his guests, listen to their troubles and problems, and advise them and comfort them.

During that period, he had a Yechidus with the Frierdiker Rebbe. He complained to the Rebbe that he didn’t have a single free moment to learn Chassidus or daven at length. He was occupied throughout the entire day, and by nighttime he was so exhausted that he barely had enough strength to read Krias Shema She’al Hamitah.

During World War II, he fled to Tashkent where he continued to teach Torah, infused with chassidishe stories.

In Reb Yisroel’s class in Cheder, there were two tables of children, grouped by age. Once, as he sat with the children at one table, the children at the other table got into mischief and began throwing pieces of paper at the melamed. One such ‘paper airplane’ landed in Reb Yisroel’s beard. As customary in those days, the boy earned a frask on his cheek.

Afterwards, Reb Yisroel attempted to continue his lesson; he began reading from the Gemara before him, when he suddenly leaned his head on his hands and burst into tears, lamenting how he hit an orphan…

Reb Yisroel passed away after a short illness on 9 Iyar 5708 (1948), only a short time after escaping the Soviet Union, leaving behind a rich legacy and generations of chassidim whom he had guided and educated.

recently published a book with some