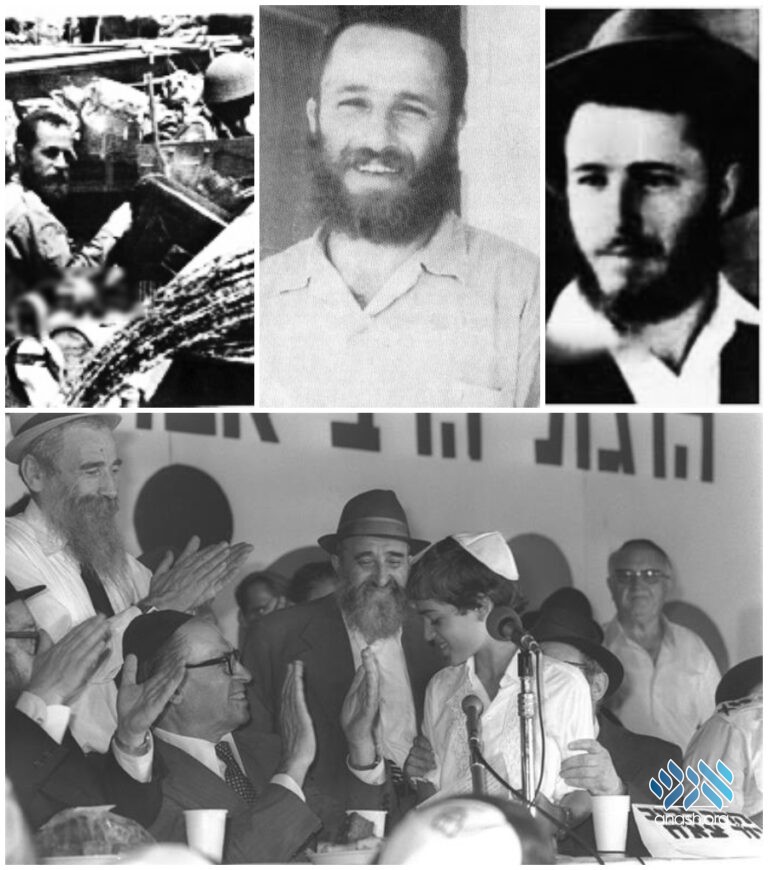 One Chossid fell in battle, and his wife inspired thousands. The story of Reb Dovid Marosov, who fell in battle on the Suez Canal in the aftermath of the Six-Day War, and what his wife Shifra accomplished.

Reb Dovid Marosov wasn’t your average Israeli soldier. Grandson of the famed chossid Reb Chonye Marosov, he was born in the Soviet Union and educated in the Yeshivos of Lud and Kfar Chabad.

In the army, he quickly earned a name for himself as someone who was scrupulous in his own observance of Mitzvos while always caring for his fellow soldiers and being first to volunteer for dangerous missions.

During the Six Day War and its aftermath, already married with children, he was called to serve in a reserve unit. After davening on Shabbos morning, 30 Sivan, he was killed during a gunfire on the Suez Canal.

The news that a fellow chossid fell in battle sent shockwaves throughout the Chabad world. In a Sicha during the Shabbos farbrengen several weeks later, the Rebbe was choked-up as he spoke about “Chonye’s ainikel” that had fallen while protecting his fellow Jews.

“He sacrificed his life al kiddush Hashem,” the Rebbe said, “and Hashem will surely avenge his blood. Der Aibershter vet im bazorgen vu er iz, Hashem will take care of him where he is now, and the zchus will remain with him and his family forever…”

During the same period, the Rebbe reached out to Tzach in Eretz Yisrael, asking them to help out to the widows of the fallen soldiers. Not knowing how exactly to proceed, Reb Itchke Gansburg contacted Reb Dovid’s widdow, Shifra.

“I had already gone to visit a woman from Givat Brenner,” she related, “whose husband was a dear comrade of Dovid’s, who had died together with him.

“She was then pregnant with her first child. When I came to visit her, she said, ‘It is easier for you—you have your faith!’

“That visit showed me that it is possible to lighten the burden of the wives of the through visiting and friendship. When I heard of the Rebbe’s request, I saw it as an opportunity to turn my tragedy into something positive, for me to be there for struggling families. I accepted the Rebbe’s challenge.”

In the years that followed, Shifra began a mammoth operation to care for the families of fallen soldiers. Shabbatons, trips, personal visits, financial aid, and more – nothing was too difficult for her, bringing joy and healing to broken families. Perhaps the most famous were the massive Bar Mitzvah celebrations that would be held each year in Kfar Chabad, attended by Israel’s most prominent politician.

From one devastating tragedy, thousands of people found solace and inspiration.