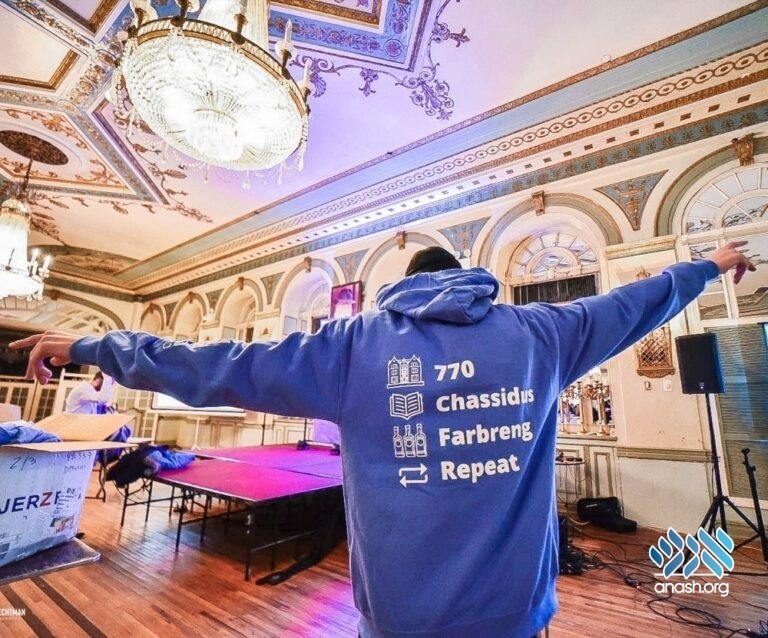 Over the past few months there, I have seen and read a number of times how individuals will knock or reproach today’s generation, be it the system, its youth or their parents. These remarks echo a perspective that I have heard from others and shared myself time and time again in the last decade.

However, through studying and listening, I have gained new insight and a new angle that I feel many today can benefit from, so I would like to share here an open letter that serves as the case for our generation.

After years of confusion, anxiety, and deliberation, I am finally joining our generation.

They feel that if they would only live in a different generation, whether past or future, they would live a better life. They feel that the “here and now” isn’t good enough, it always carries the stink of the mundane and the “could have been better” feeling.

To the best of my knowledge, this struggle exists to some extent, in most post-Gimmel-Tammuz Lubavitchers.

There is a feeling by many of my peers that we missed out on sometime and something great, and following down the new road that we are on, that beautiful past is getting smaller and smaller in our rearview mirror.

There was a truly vibrant 770, there was a more tight-knit caring Chabad community, people were more frum, people were more chassidish, there was less technology, nobody had computers, let alone smartphones, and above all there was the Rebbe here physically in a revealed manner running it all. There was an address to turn to, a calming voice in troubling times and a demanding empowering voice filling our lives with purpose and passion.

Today, unfortunately, we live in a vastly different reality, one which leaves nobody truly satisfied. We are suffering not only in the numbers of our children that are losing direction and leaving our lifestyle, but also from being witness to a general lowering of standards for all levels of Chassidim.

A while back I saw a dog tied to a pole on 770’s upstairs terrace, right near the entrance to the women’s section. It’s an image like that which reminds us of what we have begun accepting as normal and expected, in our streets, on our screens, and in our classrooms.

[Noteworthy point: We (the younger generation) know that not everything was so rosy back in our parents’ times, but that doesn’t change the fact that many of us would be in a better place were we to feel the Rebbe’s presence as our parents and educators felt. It is invalidating and presumptuous to place all of us on the level that felt distant from the Rebbe and Chassidus.]

Add to the equation the progression of the world in general, and the ease of access that everyone was granted in the palm of their hands, the non-kosher entertainment which has become rampant and way too accepted by so many of us, and the unhealthy vices and outlets that have become the norm. As we have seen, every couple of years there is a whole new variety of challenges that parents and educators struggle to contain, suppress, or treat.

And as if this weren’t enough, there are the mental health issues, the angst and anxiety that can lead to all sorts of terrible outcomes, the substance abuse, addictions, and dependencies.

Truthfully I don’t blame anyone for thinking we would have been better off a few years back. The smaller your world is, the smaller your problem is. The simple, rich lives that many of our parents and grandparents merited to live, are near impossible in the same fashion today.

So why am I so excited to join our generation?

Well, for one, it is foolish to deny the reality that we are in. While some have been escaping and running, we have always really been here. It’s liberating to come to terms and feel that things make sense, but there is a lot more here that is really pushing us into this century. This time period and generation were granted the greatest opportunity ever – the ability to finally pass (cross) the finish line.

I will paraphrase one of the most cliché lines ever, “the most important time in the world is right now,” and I will say that the purpose of the entire Jewish history, from the giving of the Torah through all the stages of Golus, the revelation of Chassidus and all the generations of Rabbeim, including the Rebbe’s 70 plus years of leadership, is all for our age and time – the last generation of Golus and the first generation of Geulah. We may have thought that that generation belonged to our parents, but as it turns out, it’s us. It’s Dor Hashviei – phase 2, Dor Hashviei: The last stand.

And in our generation, we vary in form. We are the by the book and Chassidish seminary girls, 770 bochurim, Kollel yungeleit, and shluchim. But we are also the hoodie-wearing, vape smoking, smartphone addicted, low attention spanned teenage boys and girls, and the media following, fashion-oriented, new-age parenthood preaching young parents of the next generation.

People may see this as a glitch in Hashem’s plan, a mess up by our educators. They can opt to live in denial and choose to avoid entire factions of our community. But in truth this is surely no mistake, this is also Hashem’s plan.

Dirah Be’tachtonim. We are in the Tachtonim and that is where we are meant to be (as a starting point).

Did we forget that “der Aibershter firt di velt”?

We aren’t off-script in a ruined storyline because of any mechanchim or head-shluchim. We are right where we are meant to be.

What makes our generation special? Today’s generation is special because we are the perfect people for Dirah Betachtonim. Pulling off a Dirah in today’s tachton is a real feat, and it is specifically then that we are really revealing the etzem of a Yid and the etzem of G-dliness.

When we, with our distracted minds, focus on davening for a few minutes, when we, with our tainted hearts, find some warmth in our relationship to Hashem, we are creating a real dirah using our tachton.

When we, with our convoluted media-shaped opinions, choose to follow the derech of Chassidus and the Rebbe, and when we, with our fragile egos and self-image, find joy and comfort in the Rebbe’s words, we are then reaching utmost Dirah Betachtonim and getting a preliminary taste of Moshiach’s times.

I’d venture to say that a bochur or yungerman that puts a filter on his phone and a young woman that adds something in Tznius today, are reaching higher levels and bringing more nachas ruach to Hashem than a Tomim in Lubavitch’s davening or a frum bubbe’s teary candle-lighting on Friday night.

Is it on a lower level than earlier? Sure. Who are we kidding?

But it is more pertinent, more special, more purposeful and more productive.

We grew off our heritage, we learn from our history, and we are formed by our childhoods, but we live in the present, we are not the generation of yesterday. We are the generation of tomorrow – Dor Hashviei: the last stand, and I am very happy to finally join this great generation.

Imagine two legions fighting a battle against their enemy.

This is my generation, I’m happy to be part of it.

The Frierdiger Rebbe and the Rebbe could have created a Williamsburg or a Lakewood, and trust me, it would be twice as great as theirs, but they didn’t do that. They took American boys and girls and made them into Shluchim and Chassidim. The Rebbe didn’t send them to Daven for long hours like in Lubavitch, the Rebbe sent them to engage with the world and make the world a Dirah for Hashem.

While this shift in perspective is paramount, while the focus and energy must be on realizing and emphasizing our unique opportunities and circumstances rather than on how far we’ve fallen, there are still a few glaring questions that seem to be gnawing at this idea’s foundation:

In short, the answer is bittul.

Now how does bittul answer that question? I will attempt to address that in a follow-up letter.