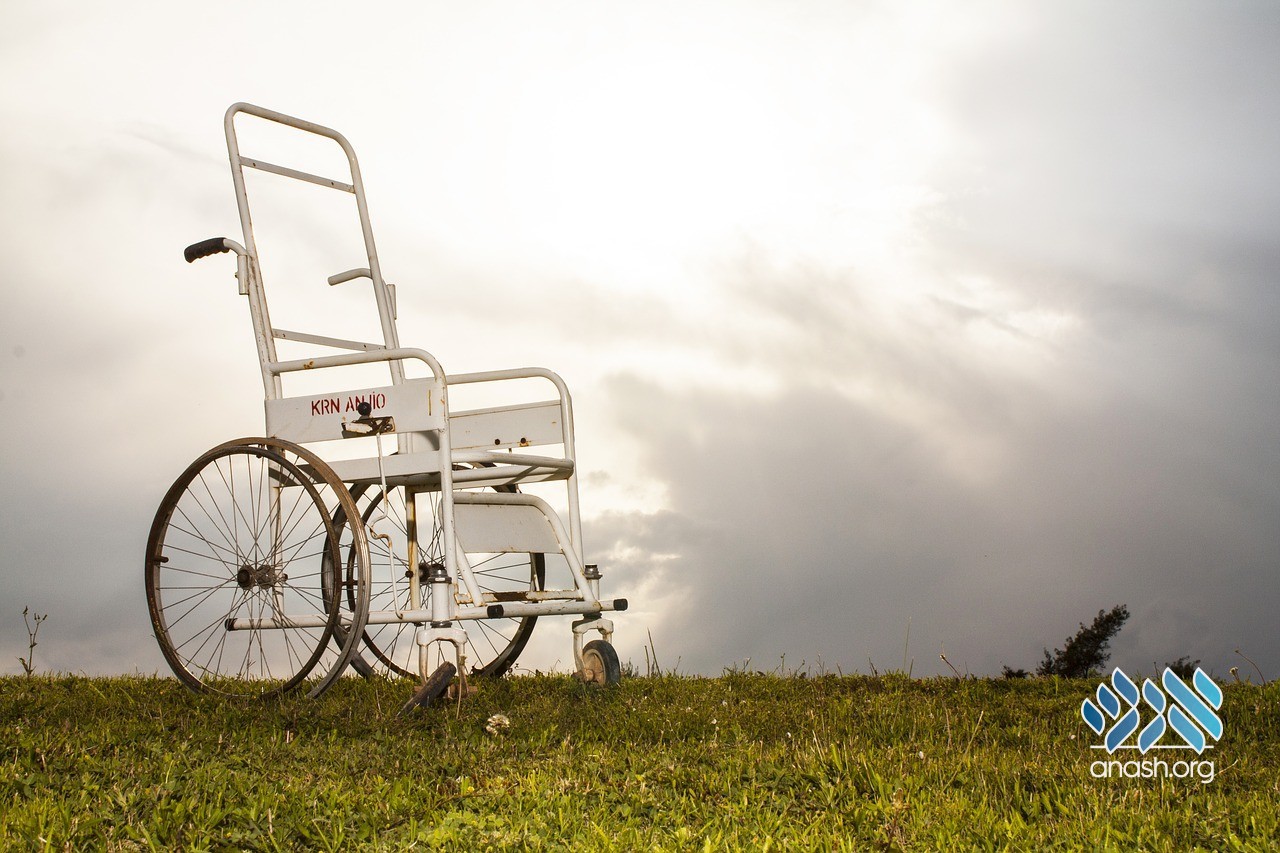 Melava Malka Story: “You were here 16 years ago, weren’t you? And how are you now?” the Rebbe Maharash greeted him. The man froze. Awestruck by the rebbe’s majestic appearance, his tongue was plastered to the roof of his mouth.

They were recently married and were blessed with a son. However, their delight was marred when they discovered that their precious firstborn son was unable to walk a single step on his own.

They crisscrossed Russia, trudging from doctor to doctor, but even the greatest specialists threw their hands up in despair. The mother, whose father was a Lubavitcher chassid, pleaded with her husband to travel to Lubavitch and request the advice and blessing of her rebbe, just as they had done shortly after their wedding, but her words fell on deaf ears. Her husband was no chassid and had only gone that one time to please his father-in-law. If the doctors couldn’t help, he reasoned, how could a chassidic rebbe?

And so, 16 years passed. The boy grew to be a young man, old enough (in those days) to marry. By now, the wife’s pleas had gotten the better of her husband, who finally agreed to visit the Rebbe Maharash, the fourth Lubavitcher Rebbe. He soon found himself inside the rebbe’s room.

“You were here 16 years ago, weren’t you? And how are you now?” the rebbe greeted him.

The man froze. Awestruck by the rebbe’s majestic appearance, his tongue was plastered to the roof of his mouth.

Slowly, he regained his senses and explained the purpose of his visit, expressing his uncertainty regarding the next step in his son’s life.

“You don’t know what to do with him? Arrange a match with an orphaned young woman. Buy respectable gifts and tell her about your son’s fine qualities, and I’m sure she will agree at the match.”

The Rebbe Maharash then asked for the young man’s name—it was Shmuel—and promptly wrote it down.

The father hurried to do the rebbe’s bidding. He traveled home through Minsk, where he bought the presents, and then headed home.

As he traveled, an exciting idea formed in his mind. The rebbe had advised that Shmuel’s salvation would come through marrying an orphan. He knew just the one. A poor, orphaned girl had been living with their family, and he felt in his heart that she was a fine young lady, a most appropriate life partner for his son.

He set his presents on the table, making sure to arrange them attractively. After the young woman had admired the fine gifts, the father gently asked her what she thought about Shmuel and if she would like to marry him. Having seen his fine qualities up close, she gladly agreed, and after Shmuel expressed his positive feelings towards her, a wedding date was agreed upon.

It was a few days before the wedding, and preparations were well underway. Shmuel was sitting at home when he smelled some of the delicious meat being prepared for the feast and asked his mother for a taste. As soon as he ate the piece of meat his mother had given him, he felt a tingling sensation in his feet. They had become lighter, and he felt that he could move them just a bit. Heart racing, he asked for another piece.

Shmuel walked to his chuppah (marriage canopy) on his own two feet, supported on either side, but most certainly walking. On his way back from the canopy he could have walked unsupported, but as not to draw undue attention to his good fortune (which they feared could attract “the evil eye”), he still walked with assistance.

Married to his true soulmate, it was not long before his paralysis was completely gone.