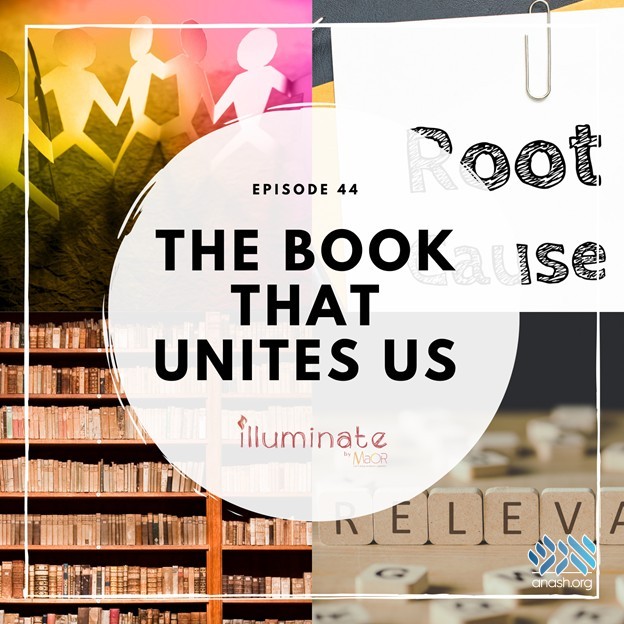 Watch: From all of the possible Torah texts, why did the Rebbe choose the Rambam’s Mishneh Torah for the monumental campaign launched on the last day of Pesach in 1984?

What are the top five seforim that every Lubavitcher Chossid needs daily?

A volume of Rambam is certainly on that list.

Why, from all of the possible Torah texts, did the Rebbe choose Rambam’s Mishnah Torah for the monumental campaign launched on the last day of Pesach in 1984?

The primary goal of this campaign was to unify Jews of every background, age, and stage. In fact, the Rebbe once said that if someone joins the study round mid-cycle, he should not start learning from the beginning of the Mishneh Torah (or the corresponding section of Sefer Hamitzvos). Rather, he should first study the material that is being covered by fellow Jews on that particular day, and catch up on what he missed once that is complete.

On the surface, there may be two Jews who have little in common. But through a unified form of Torah study, they reach common ground.

Mishneh Torah is the book that expresses unity in the ultimate sense. The Rambam organized all of the laws of the written and oral Torah into one clear guide, fit for scholars and simpletons alike. In the words of the Rambam, the intent of this text is that “a person will not need another text at all with regard to any Jewish law.”

Other books of Jewish law contain only the laws that are relevant during the times of exile. Study Mishneh Torah and you can master every single law of the Torah!

For example, the Rambam gives us the opportunity to gain an understanding of the laws of sacrifices and the Beis Hamikdash — something Shulchan Aruch doesn’t deal with! The knowledge of these laws prepares us for the imminent arrival of Moshiach when these laws will be a relevant part of our daily lives.

The catalyst of our bitter exile was baseless hatred amongst Jews. Through Jewish unity, the cause of exile becomes obsolete, and the exile will end.

This week, we began a new round of the Mishneh Torah and Sefer Hamitzvos study cycle.
Master the entire Torah. Unite with your fellow Jews.

Which learning track will you join?

Illuminate by Maor offers powerful presentations of the Rebbe’s timeless talks, fused with engaging narration and explanation. These weekly videos are bite-sized and simple to grasp, designed for learners of all levels. To subscribe, click here http://wa.me/16467700303?text=AnashSubscribe or Whatsapp +1 646-770-0303.