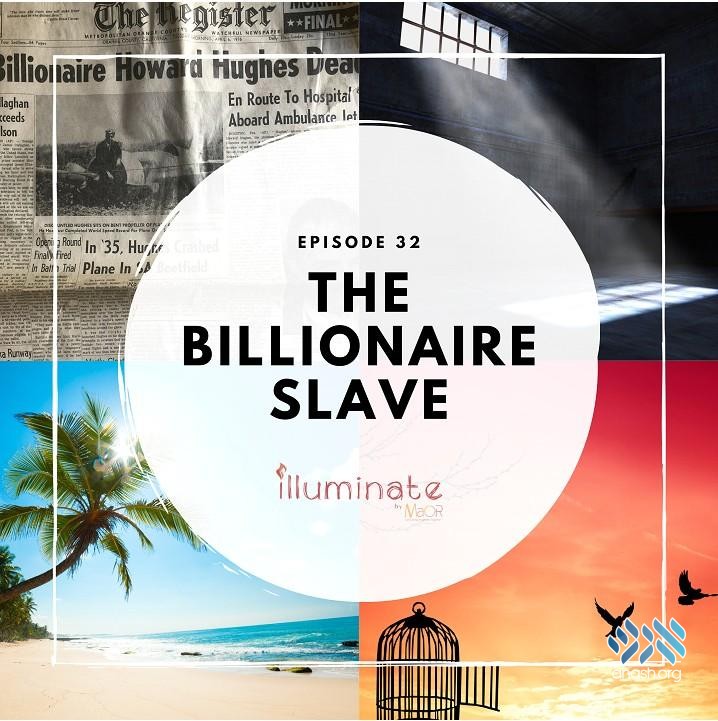 The news of the death of business tycoon, Howard Hughes, shook the world. The Rebbe connected the headlines with the month of Nissan.

Howard Hughes, an American business magnate, was one of the wealthiest men of his times. Despite his connections and opportunities, he lived his life filled with anxiety that he would be attacked and his money stolen from him. His paranoia led him to lock himself up for years. He eventually died from malnutrition and dehydration.

When the billionaire died in April, 1976, the news shook up the world. A man with two billion dollars who had the world at his fingertips wasted away his years in isolation. He had been a prisoner of his money and his fears.

A few days later, at his 74th birthday farbrengen on 11 Nissan, the Rebbe shared a lesson that we can learn from the incident. The Rebbe connected the month of Nissan, “the season of our freedom,” to the story of this unfortunate man.

What is the definition of true freedom? Howard Hughes proved that freedom is not defined by attainable pleasures, wealth, or lack of responsibilities. A person can have it all, yet truly be a prisoner.

We are free when we remove the shackles that hinder our self-fulfillment. When we eliminate the obstacles in the path of the neshama’s expression, we are re-experiencing our nation’s liberation from Egypt. True freedom is the ability to grow, to connect, and to transcend our nature.

Coming Up Next: Don’t Take No For An Answer- Matzah In Communist Russia

Illuminate by Maor offers powerful presentations of the Rebbe’s timeless talks, fused with engaging narration and explanation. These weekly videos are bite-sized and simple to grasp, designed for learners of all levels. To subscribe, click here or Whatsapp +1 646-770-0303.

Watch all past episodes here.