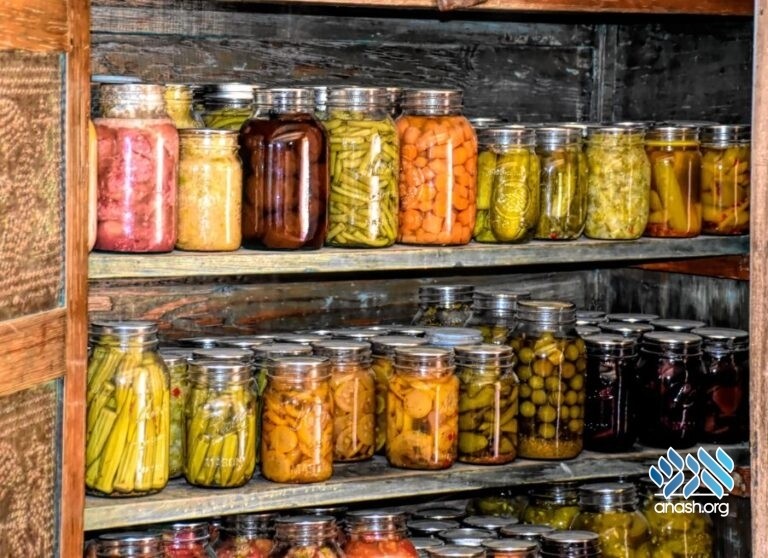 A wealthy chossid, R. Zalman Chaikin, the Rebbe’s great-grandfather, would blend with visiting beggars and lead them to a local “hospitable home,” where he would open all the cabinets and take out food, to the shock of his companions.

R. Zalman Chaikin was a chossid of the Tzemach Tzedek, Rebbe Maharash, and Rebbe Rashab, and a talmid of R. Pesach Molostovker. A wealthy businessman and generous baal tzedakah, he lived in Podobranka where his brother, R. Yoel, was the Rov. R. Zalman was the Rebbe’s great-grandfather—the father-in-law of R. Baruch Schneur Schneersohn (Rabash – R. Levik’s father).

In shul, he would sit near the oven among the beggars, so that the visiting paupers thought he was one of them. When one of them would mention that he’s hungry, R’ Zalman would tell him, “There’s a man named Zalman Chaikin who serves meals to the poor, and I’ve eaten in his house.”

After davening, he would take the poor to his home, open the cabinets, and serve them good food. The guests, who didn’t know him, would sometimes demean him, “What an arrogant beggar without an ounce of respect! Look at how he just takes from the cabinets without permission…”

During his Sheva Brachos, a farbrengen was held in the Frierdiker Rebbe’s new home with various chassidim, notably R. Zalman Chaikin. The farbrengen went all night long, and at 4 am, the chassidim wanted to go prepare for davening.

Sensing that they were rushing anxiously, R. Zalman shared with them a vort he had heard from his teacher, R. Pesach Molostovker, who heard it from the Mitteler Rebbe: “Va’avadtem meheira, you should rid yourself of rushing, mei’al ha’aretz hatova, even from a good desire.” While zerizus is a good midda, one must know when to use it.

He also told of a yungerman who the Mitteler Rebbe bentched to be a “baalabus“: to be organized and make use of life situations as a homeowner keeps and uses whatever he finds.

In his later years, when he entered yechidus, the Rebbe Rashab stood up for him and offered him to sit. R. Zalman insisted that he would only sit after the Rebbe sat down. When the Rebbe refused, R. Zalman had no choice but to sit first.

On one of his trips to the Rebbe Rashab, he was accompanied by his grandson R. Levik. The Rebbe Rashab stood up and asked R. Zalman for a bracha, but R. Zalman evaded it.