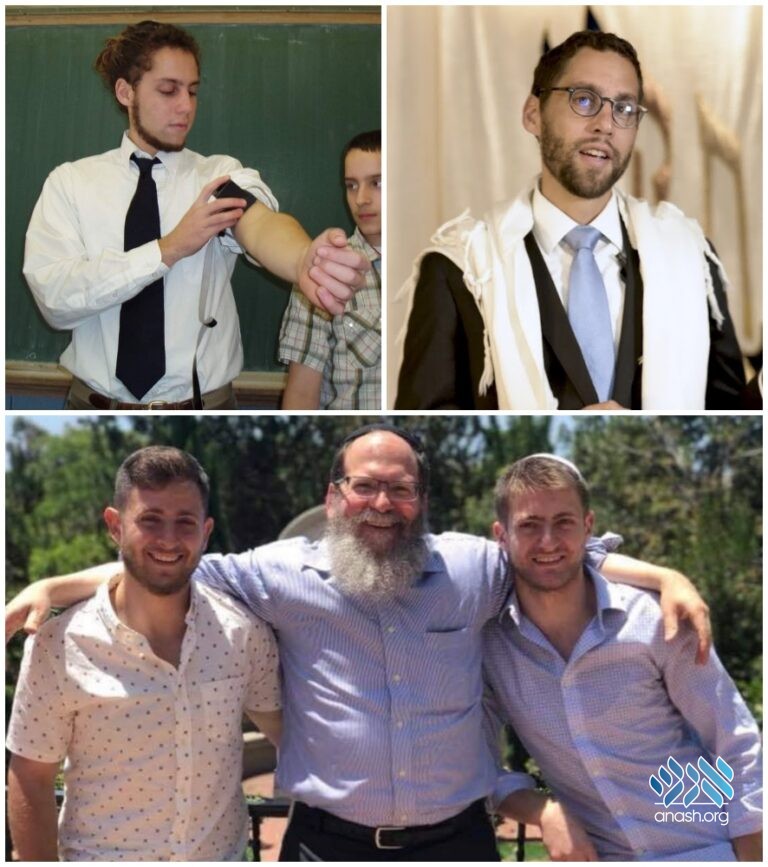 Fifteen years ago, a dreadlock-sporting “wandering Jew” took a job as a 7th-grade secular studies teacher at the Chabad Day School in Skokie. A young, sweet student left a deep impact on him, and he went on to lead a 300-family shul. Now, that young student, Michoel Benjamin, is fighting for his life.

But I wasn’t always so rabbinic-minded.

Fifteen years ago, I was a dreadlock-sporting “wandering Jew” who was curious about reconnecting with the Yiddishkeit of my childhood.

By Divine providence, I took a job as a 7th-grade secular studies teacher at Cheder Lubavitch Hebrew Day School in Skokie.

I did not yet know it, but that was to be a pivotal milestone in my journey to rediscovering Torah and mitzvot.

Among my students was a sweet young boy named Michoel Benjamin.

He had a temimus and a desire to see me grow in my mitzvah observance that left a deep impact on me.

I particularly recall when I had the boys write up step-by-step instructions on how to put on tefillin.

Michoel was elated when I used his essay as my guide to put on tefillin in front of the class.

He was so happy to share his enthusiasm for Yiddishkeit with me and so glad to know that I was making inroads toward halachah observance as a result of his efforts.

And yes, I have been putting on tefillin ever since.

From my job at Cheder and a chavrusa with the older brother of one of my students, I went on to study for semichah and now lead a congregation of my own.

And every time I help another bar mitzvah boy put on tefillin, that mitzvah traces itself back to the time Michoel Benjamin encouraged me to do something I had not done regularly since my own bar mitzvah.

Today, Michoel is in the hospital in need of a miracle.