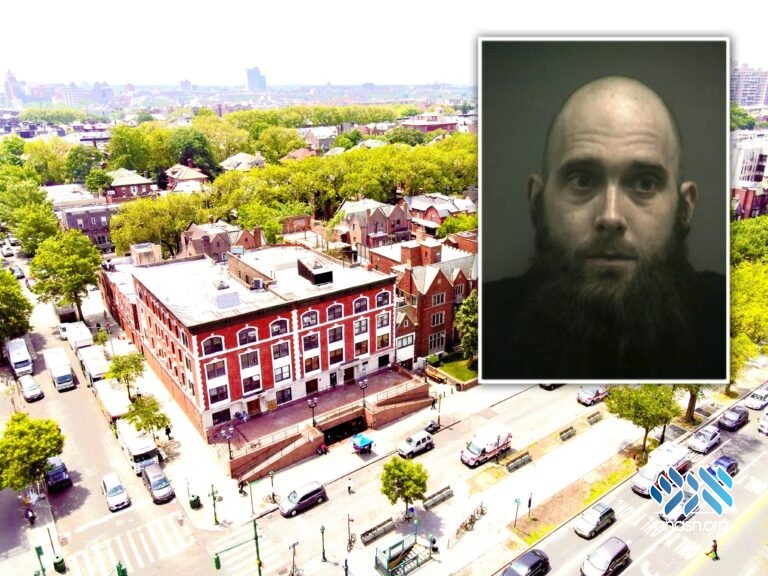 An Amarillo man who threatened to execute three prominent Jewish rabbis has been federally charged, announced U.S. Attorney for the Northern District of Texas Chad E. Meacham. The defendant’s girlfriend, who pointed a gun at federal agents during his arrest, has been charged as well.

Christopher Stephen Brown, 37, was arrested Wednesday, charged via criminal complaint with interstate threatening communications. His girlfriend, Rebekah Jones, 28, was charged via criminal complaint with assaulting a federal officer with a deadly weapon during the arrest. The pair made their initial appearance in federal court before U.S. Magistrate Judge Lee Ann Reno Thursday afternoon.

“Mr. Brown’s anti-Semitic statements were both disgusting and unlawful. The First Amendment may guarantee the right to make hateful remarks, but it does not allow for specific threats of violence against individuals. The circumstances of the defendant’s arrest only reinforce our belief that Mr. Brown poses a serious threat to the community,” said U.S. Attorney Chad Meacham. “We are committed to protecting all of our citizens – especially those who are often persecuted.”

“Mr. Brown allegedly expressed an intent to commit violent acts toward numerous entities including private citizens, law enforcement and Jewish Rabbis associated with Chabad Lubavitch Headquarters,” said FBI Dallas Special Agent in Charge Matthew J. DeSarno. “Threatening statements are a serious criminal activity with consequences, and the FBI and our law enforcement partners will pursue those who pose a threat to the community when those threats intend to instill fear and potentially cause physical harm.”

According to the complaint, on Dec. 2, Mr. Brown allegedly contacted Chabad Lubavitch, a Jewish organization that has provided spiritual guidance and assistance to Jewish people since before the Holocaust. Chabad is headquartered in New York City and maintains more than 3,500 institutions worldwide.

In a message sent via their website, Mr. Brown allegedly threatened to kill members of the Beth-Din, a Jewish rabbinical court. The message – which called for death to all Jews – also included a link to a video on Mr. Brown’s YouTube channel, “Dr M Obidiah.” On the channel, Mr. Brown, calling himself Madrikh Obidiah, said the Chabad Lubavitch chairman, vice chairman, and another leader’s son must die.

Two days later, on Dec. 4, Mr. Brown called Chabad Lubavitch headquarters in New York and allegedly left two voicemail messages stating that Madrikh Obidiah would “tear out” the rabbis’ eyes and tongues and kill every rabbi he could find.  The following day, he called the headquarters again and allegedly threatened to blow the leaders heads off.

On Dec. 8, law enforcement arrived at Mr. Brown’s apartment to arrest him. They activated their emergency lights and used a PA system to order Mr. Brown out of his residence. After approximately one minute, Mr. Brown appeared at the door. He repeatedly refused to obey agents’ commands. Eventually, agents entered the apartment and grabbed Brown, who resisted being placed in handcuffs.

During the struggle, Ms. Jones locked arms with Mr. Brown and tried to pull him into the bedroom. She pointed a gun at an FBI agent, who grabbed the gun and attempted to point it in a safe direction. While wrestling with both Mr. Brown and Ms. Jones, the agent was eventually able to free the gun and fling it onto the floor.

The pair was subdued without injury.

A criminal complaint is merely an allegation of wrongdoing, not evidence. Like all defendants, Mr. Brown and Ms. Jones are presumed innocent until proven guilty.

If convicted, Mr. Brown faces up to 5 years in federal prison. Ms. Jones faces up to 20 years.