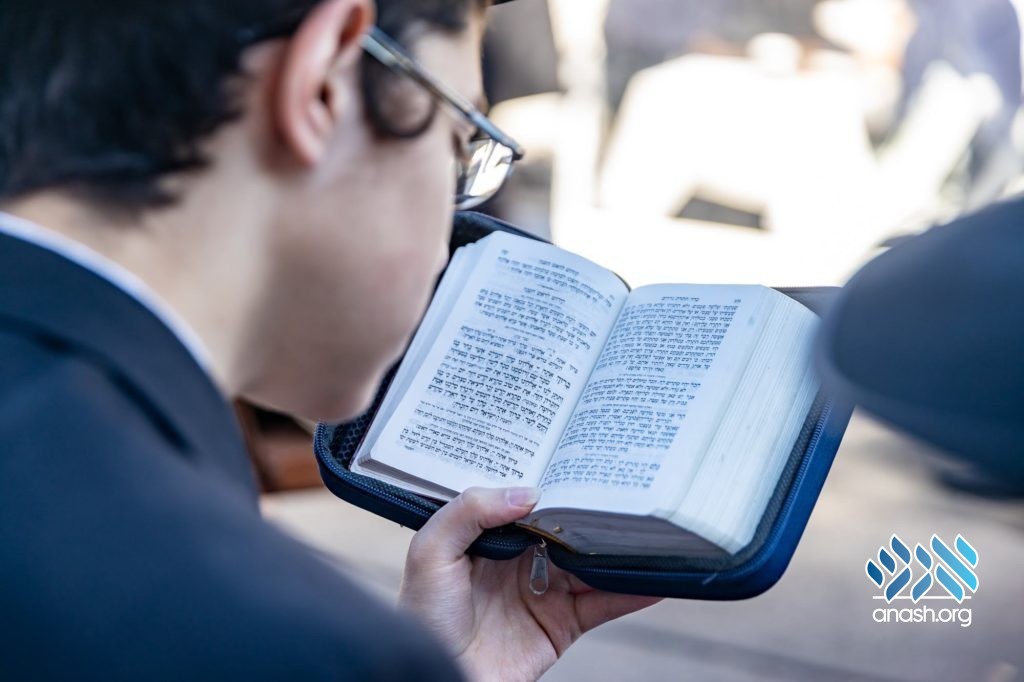 The Rambam writes “Rosh Hashanah is a day for teshuvah and for people to awaken from their slumber.” But what is the connection between the two?

Thus the Talmud says (Sanhedrin 97b), “If the Jewish people will do teshuvah, they will be redeemed. But if not, they will not (until they do).”

The Rambam writes in Moreh Nevuchim (vol. 3 chapter 43), “Rosh Hashanah is a day for teshuvah and for people to awaken from their slumber. This is why we blow the shofar as was explained in Mishnah Torah (Hilchot Teshuvah 3:4). It is like a beginning and introduction to the fast day (of Yom Kippur) as is the well-known tradition of our people regarding the Ten Days (of Repentance) from Rosh Hashanah to Yom Kipur.”

Several reasons are suggested as to why it is appropriate to do teshuvah on Rosh Hashanah.

(See here for more on this matter.)

Teshuvah on Rosh Hashanah in our History

Here are several examples of significant people who did teshuvah on Rosh Hashanah:

Rosh Hashanah is the day when Adam and Chava sinned by eating from the Tree of Knowledge and began to do teshuvah for that sin (see Vayikra Rabbah 29:1).

Kayin sinned by killing his brother Hevel on Rosh Hashanah. This can be inferred from the fact that the event happened on their 40th birthday (see Midrash Tanchumah, Bereishit 9), and they were born on Rosh Hashanah. (See Bereisht Rabbah 22:2 that Kayin and Hevel were born on the 6th day of creation). According to the Midrash (Tanchuma ibid) Kayin showed some remorse and did a basic teshuvah after committing his sin. Presumably this too was on Rosh Hashanah.

In the beginning of the Second-Temple-era, Ezra and Nechemia gathered the people of Yerushalayim on Rosh Hashanah and inspired them to do a mass teshuvah  as is recounted in Nechemia 8.

The Midrash says (Vayikra Rabbah 22:1) that since the first human beings (Adam and Chava) were judged for their sin on Rosh Hashanah, G-d decided that from that point on, Rosh Hashana would be the judgment day for all their descendants.

This is another reason to do teshuvah on Rosh Hashanah — in order that we merit a good judgment, as the Me’iri says, “On Rosh Hashanah one should be inspired to teshuvah more than on other days in light of what our sages say (Rosh Hashanah 16b) that, ‘There are (so to speak) three books open on Rosh Hashanah, that of the wicked, that of the righteous, and that of the intermediate.’ Thus, each person is judged according to their actions… This should awaken a person to examine his deeds and repent from his sins. One who delays doing teshuvah at this time has no portion in the G-d of Israel. Because the rest of the year people are not so inspired,  the prosecuting angels do not accuse (as they don’t “expect” better of us). They wait until this time (to see if we do teshuvah as is appropriate and customary).”

The Blessing on the Shofar – Listen to the Message

The question is twofold; Why is the bracha on the hearing and not the reading, and why is it in the active form “לשמוע to hear”  rather than the passive form “על שמיעת on the hearing of?” Generally, the correct tense for a bracha on a mitzvah that can be fulfilled through someone else (as it is in this case when one person blows and everyone else listens) is the passive one (see Levush. O.C. 432:1 based on Ran Pesachim 3b D.H. Vekasha).

The Ritva explains that the main point of the mitzvah of shofar is to hear it as this will inspire a person to do teshuvah. The teshuvah will “satisfy” the aspect of Divine judgment on this day and bring about a positive Divine judgment. As such, one who blows the shofar but doesn’t hear the sound will not be impacted to do teshuvah. This is why our sages considered the hearing of the shofar as the main mitzvah rather than the blowing. This is also why the bracha is in the active tense (as is usually said on a mitzvah that one must personally fulfill) since the main mitzvah is to hear the sound of the Shofar which must be done by each individual.

Rosh Hashana – A Day of Renewal

The Alter Rebbe (Likutei Torah, Nitzavim 46c and d) gives another reason as to why Rosh Hashanah is a day for teshuvah. It is based on the fact that every year G-d renews the energy for the world on Rosh Hashanah, the anniversary of the creation of man.

The Chain of Descent

According to the kabbalah, there is a chain of descent by which G-d’s energy filters into this world. This chain of descent includes the Ten Divine Attributes (Chochmah, Binah, Da’at etc.) as well as the four spiritual realms (Atzilut, Beriyah, Yetzirah and Asiyah – Emanation, Creation, Formation and Action). As the Divine energy goes through these levels, it becomes more limited and concealed. G-d established this system so that the Divine energy can reach each world in an appropriate manner and not overwhelm each world to the extent that they would be completely nullified in the presence of the Divine.

Despite this gradual lessening of Divine energy, there are two points where the gap is too great for there to be a gradual diminishing. At these points G-d Himself bridges the gap and contracts His energy in a manner that is described as “something from nothing.” I.e., the lower level is so vastly diminished from the previous level that it seems to have come from nowhere.

These two points are in the very beginning and at the very end of the chain of descent of the worlds.

The first is when the infinite light of the Almighty creates the first of the Ten Divine Attributes (that of Chochma – Divine wisdom).

I Am First and I Am Last

This is the meaning of the verse (Yishayahu 43:6) that we recite in the Musaf of Rosh Hashana “כֹּֽה־אָמַ֨ר ה׳ מֶֽלֶךְ־יִשְׂרֲאֵל וְגֹֽאֲל֖וֹ ה׳ צְבֲ֑קוֹת אֲנִ֚י רִאשׁוֹן֙ וַֽאֲנִ֣י אַֽחֲר֔וֹן וּמִבַּלְעָדַ֖י אֵ֥ין אֱלֹקִים So said the L-rd, the King of Israel and his Redeemer,  the L-rd of Hosts, ‘I am first and I am last, and besides Me there is no G-d.’” The phrase “I am first” alludes to the involvement of G-d’s essence (אֲנִ֚י /I refers to the essence of G-d which cannot be described by any name) in the highest level of creation (רִאשׁוֹן)  which is the emanation of the Ten Divine Attributes. “I am last” refers to the essence of G-d’s involvement in the creation of this physical world (אַֽחֲר֔וֹן).

The highest form of teshuvah (which means return) is to give one’s life to Hashem. This is referred to as Mesirat Nefesh. This was accomplished by Rabbi Eliezer ben Drudaya whose soul expired due to his intense teshuvah (Avodah Zarah 17a). In practice, however, it is not necessary for one to die in order to do Mesirat Nefesh. Rather one can give one’s life to G-d by giving Him every aspect of one’s life starting by devoting their desire towards serving G-d.

Practically this would mean (for example),

The Zohar – Even Tzadikim will do Teshuvah

The fact that teshuvah does not necessarily mean repentance for sins can be understood from the Zohar where it says (vol. 3, 153b) that Moshiach will inspire the tzadikim (righteous people) to do teshuvah. The Alter Rebbe writes (Likutei Torah on Shemini Atzeret 92b) that this means that after the Jews do teshuvah and merit the redemption, Moshiach will inspire the tzadikim to do an even higher level of teshuvah. This teshuvah clearly does not mean repentance from sin since tzadikim have no sins. Rather it is a yearning to return and cleave to G-d in the deepest possible way.

The Ten Days of Repentance

After the intense spiritual awakening of Rosh Hashanah, we have the Ten Days of Repentance during which time we strive to apply this spiritual awakening towards correcting all of the ten aspects of our souls. This leads us to an even higher level of teshuvah on Yom Kippur.