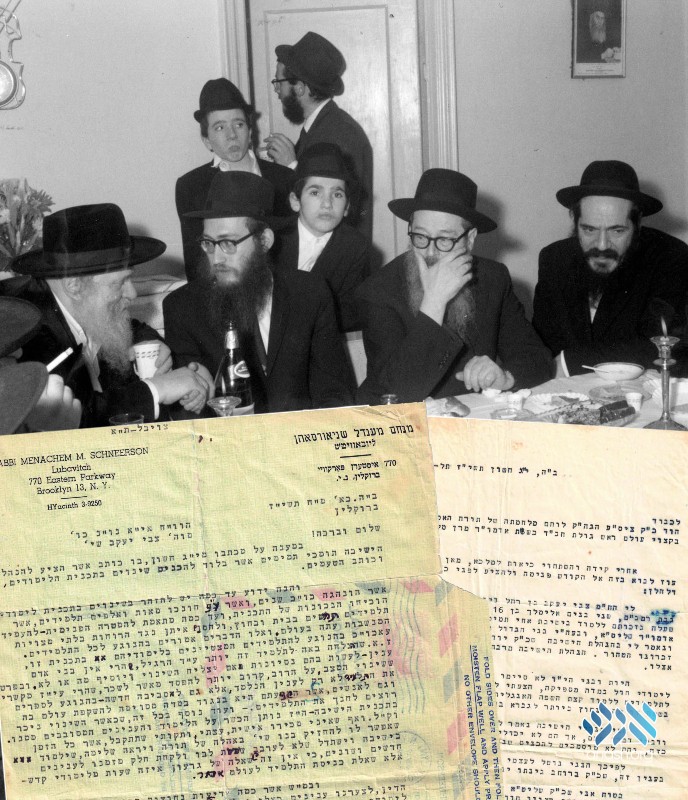 A teshura memento released at the Goldberg-Shpielman chassuna contains an unknown exchange of letters about the education of R’ Meilech Zwiebel and about not introducing changes to Lubavitch yeshivos.

At the Goldberg-Shpielman chassuna that took place last night in Crown Heights, a teshura memento was distributed containing previously unpublished edits and correspondence by the Rebbe.

The edits are corrections of the Rebbe on the Alter Rebbe’s maamarim that had been prepared for print with the help of the choson’s grandfather, R’ Yaakov Shlomo Goldberg a”h.

Especially fascinating is an exchange of letters between the Rebbe and R’ Tzvi Yaakov Zwiebel, father of the famous mashpia of YTTL Morristown R’ Meilach Zweibel, regarding his son’s education.

In his letter, R’ Tzvi Yaakov asks the Rebbe about introducing some basic English language studies in the Lubavitcher Yeshiva of Lod, Eretz Yisroel, so the students could read and write in English. These basic skills, explains R’ Tzvi Yaakov, would enable the students to engage with the wider world after they leave yeshiva.

The Rebbe responds at length, noting that extreme caution must be applied when making any changes to our chinuch system which, over the course of many years, has successfully taught thousands of students to withstand worldly challenges.

The Rebbe also notes that the issue with introducing secular studies to the curriculum is not the diminished time spent on limudei kodesh, but rather the impact it has on the students, leading them into a new and different world. Basic skills required for the sake of parnassa, writes the Rebbe, can be easily acquired after leaving the walls of yeshiva, when the student has already been fortified against harmful influences.