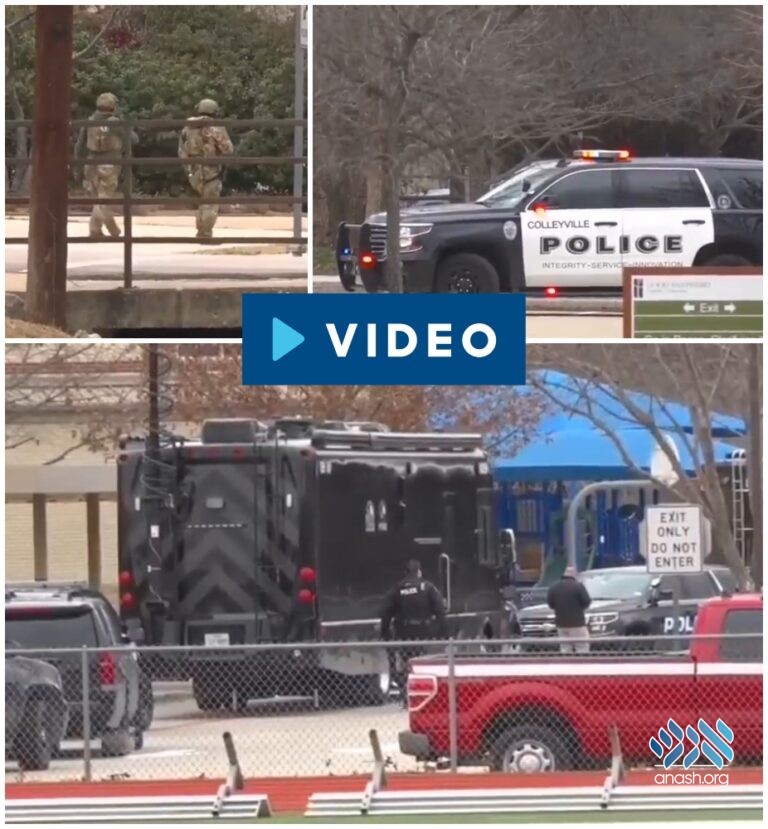 All hostages who were being held hostage at the Congregation Beth Israel Temple in Colleyville, Texas, were released and are safe, after a police operation that killed the hostage taker.

UPDATE at 7:45 PM: Shortly after 5:00pm, a male hostage was released uninjured, according to a press release by Colleyville Police Department . They said the man will be reunited with his family as soon as possible.

At least four people are being held hostage at the Congregation Beth Israel Temple in Colleyville, Texas, after an armed Muslim man stormed the building.

The hostage situation unfolded during Shabbat services, and is still ongoing. The man is holding the temple’s rabbi Charlie Cytron-Walker and at least three congregants hostage.

“Officers arrived on scene and observed an emergency situation that warranted evacuation of the surrounding areas and an external perimeter was established. The Colleyville Police Department is on scene, along with the FBI’s Dallas Field Office, the Texas Department of Public Safety, North Tarrant Regional SWAT Team, and other neighboring agencies.”

“In addition to the subject, law enforcement has confirmed there are others inside but no injuries have been reported. FBI Crisis Negotiators are in communication with the subject. This is a joint investigation of the Colleyville PD and the FBI’s Dallas Field Office; it remains an active operational and investigative scene. Updates will be provided as they become available,” they wrote.

According to ABC, the hostage taker claims his sister is Aafia Siddiqui, a relative by marriage of Khalid Sheikh Muhammad, the chief architect of the Sept. 11, 2001 terrorist attacks. Aafia Siddiqui is serving an 86-year sentence in the Fort Worth area for attempting to kill American military personnel after she was arrested in Afghanistan in 2008 on suspicion of plotting attacks in New York.

White House Press Secretary Jen Psaki tweeted early Saturday evening that US President Joe Biden “has been briefed about the developing hostage situation in the Dallas area. He will continue to receive updates from his senior team as the situation develops. Senior members of the national security team are also in touch with federal law enforcement leadership.”

From Israel, Prime Minister Naftali Bennett tweeted that he was “closely monitoring the hostage situation.”