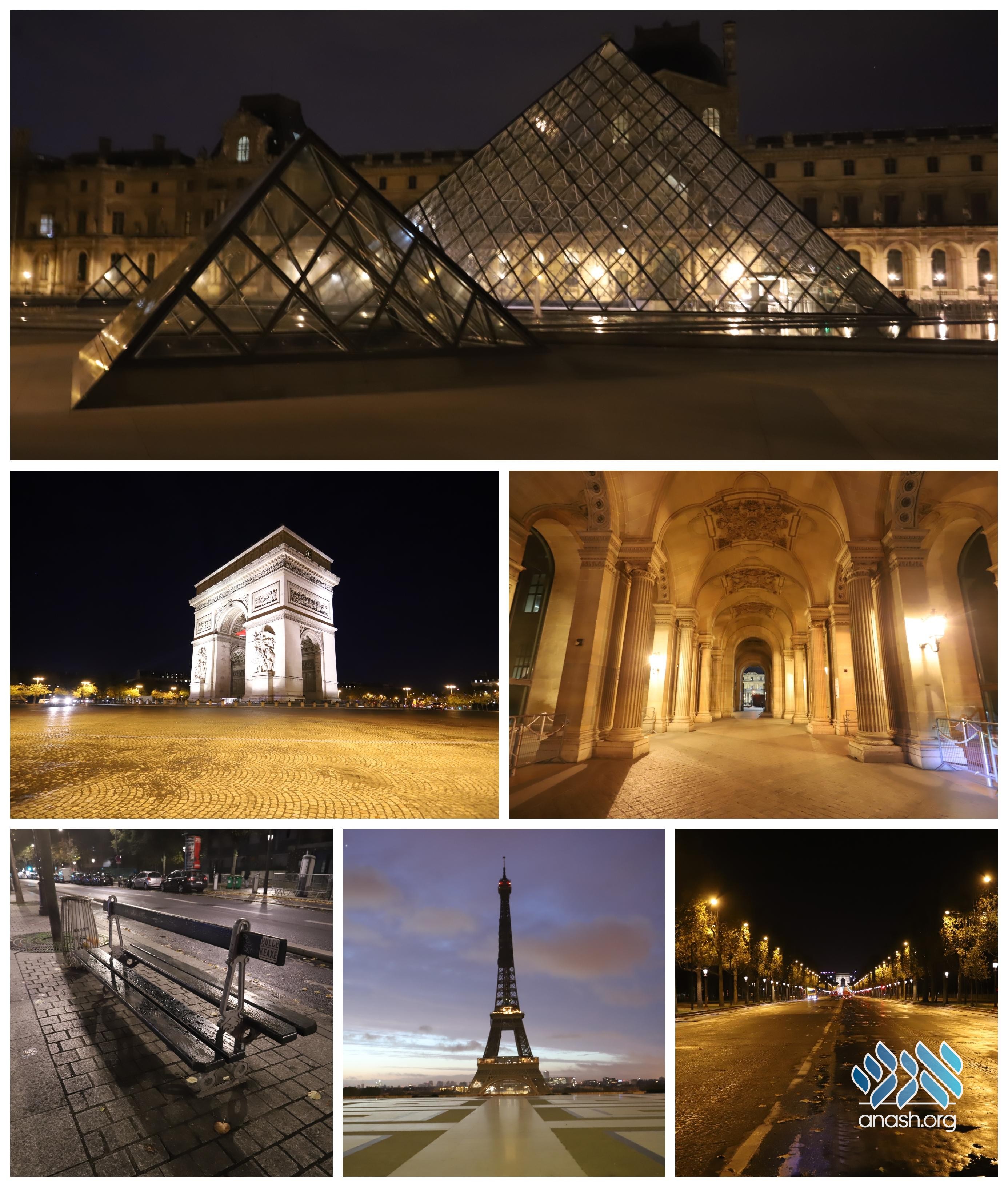 Curfews, lockdowns and shul closures are on France’s agenda this week, as Covid-19’s second wave and multiple terror attacks alarm the country. Photo gallery: A silent Paris under curfew.

As the second wave of Covid-19 sweeps through France, French President Macron has ordered a nationwide lockdown to begin on Friday. The lockdown comes following an extended curfew that bans citizens in eight cities from leaving their homes between the hours of 9 PM and 6 AM.

In addition, the Chief Rabbi of Nice announced today that all shuls in the southern French city will close, following a deadly terror attack that took place in a house of worship of another faith.

“Terrorism doesn’t differ between religions and all of us feel threatened,” Daniel Teboul told Channel 13 news. “We made a decision to close all schools tomorrow. Synagogues will be closed and kosher shops will be alert.”

Under these conditions, Lubavitcher photographer Mordechai Lubecki took to the streets of Paris to capture images of an empty city.