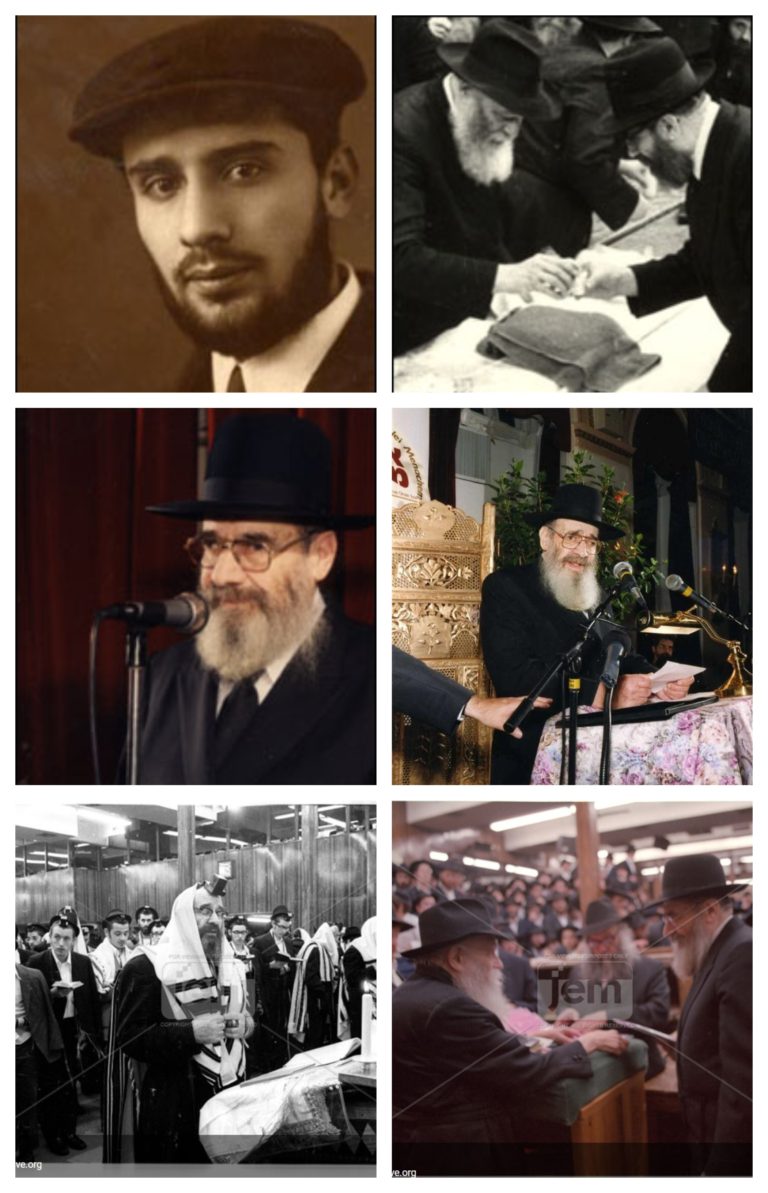 28 Adar is the tenth yahrtzeit of one of the elder chassidim of our generation, Rav Lipa Shapiro, who for many years served as rov of the Agudas Achim “Empire Shtiebel” in Crown Heights and as a member of the Vaad Rabbonei Lubavitch.

Born to a family of Lubavitcher Chassidim in Karelevitz, Russia, in 5673/1913, Lipman, known as “Lipa,” was a talmid of the Lubavitcher underground yeshivos, beginning after his Bar Mitzvah with the yeshiva in Romen, with stops at the yeshivos in Kremenchug, Polotzk, and Charkov.

As an older bochur he learned b’chavrusa with the Karelevitzer rov, Reb Mendel Duvrawski, from whom he gained much rabbinic experience.

In 5697/1937, after his marriage to Chana Vilenkin, daughter of the Rebbe’s melamed Reb Zalman Vilenkin, he settled in Leningrad, where he was part of the community of anash who risked their lives to live a life of Torah and Chassidus even during those harsh times. Soon the KGB was after him for organizing Torah classes for bochurim and Lipa was on the run for several years, until WWII broke out in the Soviet Union in Sivan/June of 5701/1941.

After the war came to the Soviet Union, Reb Lipa was separated from his wife and for two years searched frantically for his wife, who had been visiting her parents in Ukraine. He escaped to Tashkent, eventually leaving with the mass exodus of Chassidim after WWII and arriving in France.

In Paris, Reb Lipa worked for the Lubavitch European “Lishka” and gained a reputation as a mediator who strived to end disputes fairly and amicably.

What was supposed to be six weeks eventually turned into six years for the Schapiro family. Only in 5713/1953 did his family first get the necessary papers to settle in the US, where they were told to settle in Cleveland, which they did, with the Rebbe’s brochos.

In Cleveland, Reb Lipa dedicated himself to being a source of light for all. Shechitah was his means to feed his family, but despite not having an official shlichus position, Reb Lipa worked to spread the wellsprings of Chassidus, as well as raising the standards and levels of observance in that Midwestern city.

Many of the talmidim of the local Telsher Yeshiva came to study Chassidus with him and remembered his shiurim many years later. He also built relationships with many of the Roshei Yeshiva there and would often be the go-between from them to the Rebbe.

Reb Lipa’s hiskashrus to the Rebbe knew no bounds. He would travel to New York twice a year to spend Simchas Torah and Yud Tes Kislev with the Rebbe. Being married to a native of Yekatrenaslov, the Rebbe’s hometown, Reb Lipa had a special connection to the Rebbe. In later years he also was one of the last people to know the Rebbe’s father before he was sent away in 5699/1939.

In the 1970s, when he felt that he longer could shecht properly, Reb Lipa received permission from the Rebbe to move to New York. Soon after he was appointed to serve as rov of the Empire shtiebel, where he would give shiurim several times week and administer to the needs of the mispallelim there. Those gemoroh shiurim ultimately finished shas several times.

A few years later, when the Vaad Rabbonei Lubavitch was founded, he was asked to join that beis din. In New York, he was quickly recognized as a man who could be trusted to get to the bottom of the dispute and hammer out a decision acceptable to all. In addition, he was a formidable speaker, one who captivated his audience with his powerful words.

Reb Lipman continued his schedule of learning and teaching up until his final days.