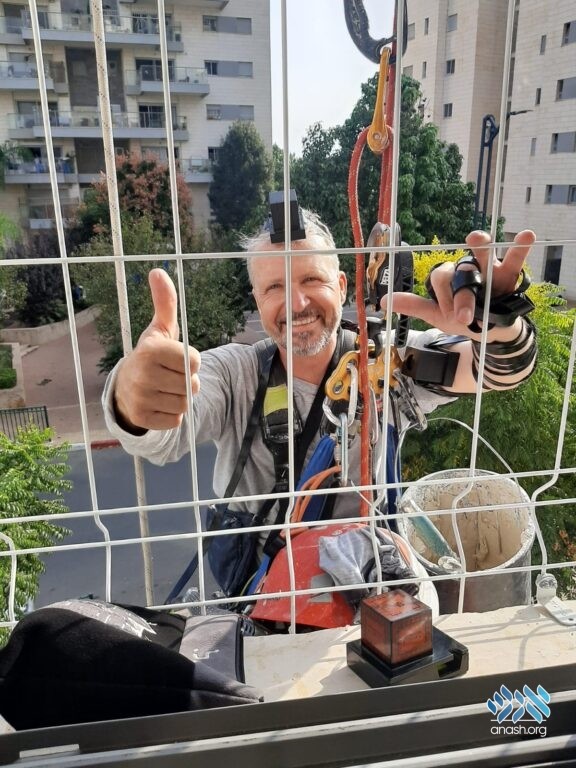 When Rabbi Shmulik Lerner returned home after a day of shlichus work, he was surprised to find a man suspended in the air outside his fourth-floor window. But a shliach always sees an opportunity for a mitzva.

When Rabbi Shmulik Lerner, the shliach to Be’er Ya’akov, Israel returned home after a day of shlichus work, he suddenly heard extreme banging coming from outside his window.

Heading over to the window, he was surprised to find a man hanging from abseiling ropes, drilling on the walls of his fourth-floor apartment.

“I immediately offered the man a glass of water and a chance to make a bracha,” Rabbi Lerner said. “Then I asked him if he wanted to enter the Guinness World Record as the first person to put on Tefillin while suspended between heaven and earth.”

When the man answered in the affirmative, Rabbi Lerner quickly ran back to the Chabad House to retrieve his Tefillin while the man waited for him outside his window.

They then proceeded to put on the Tefillin through the gaps in the window guards. “He was very emotional Rabbi Lerner said. He had tears in his eyes and I could sense it made a big impact on him.”